Twin tons give Sri Lanka the win over Tigers 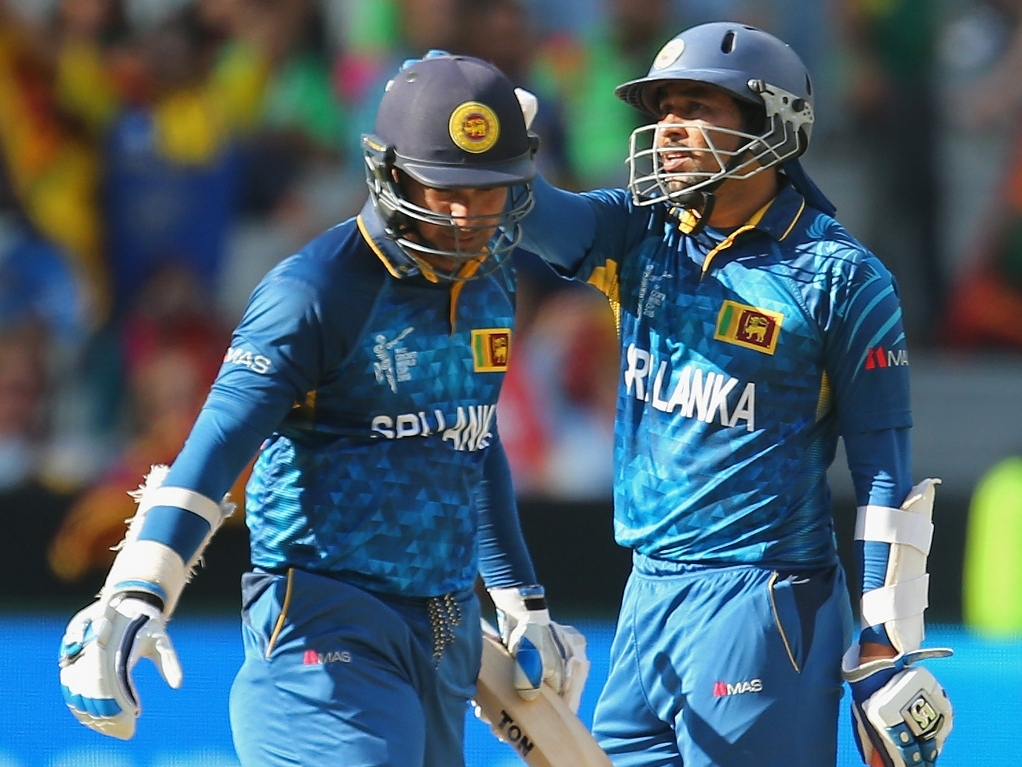 Sri Lanka continued their progression towards the next round of the World Cup with a 92-run win over Bangladesh in Melbourne on Thursday, thanks to big centuries from two veteran batsmen.

Kumar Sangakkara's 105 not out and Tillakaratne Dilshan's 161 not out saw Sri Lanka record 332 for one, and then Lasith Malinga and the bowlers did the job to see the Tigers all out for 240.

Sri Lanka won the toss and opted to bat, looking to take advantage of the good deck at the big venue. They started off well and never looked back, as only three batsmen were required, all passing fifty.

Lahiru Thirimanne was off the blocks quickly but cleverly, recording his half century in 74 balls as Dilshan dominated at the other end. The pair put on 122 for the first wicket, before Thirimanne fell to Rubel Hossain.

This left Sanga and Dilshan to run wild, as the pair used all their experience to batter the Tigers' bowlers. Dilshan's ton came off 115 balls and he went on to make a 150, hitting 22 fours in the process, but no sixes.

Sangakkara got his ton near the end of the knock, off just 74 deliveries, as their 200-run stand came off just 149 balls. Dilshan's knock was the highest in ODIs not to feature a single six.

The chase was hampered from the start with the loss of Tamim Iqbal for a duck, while Mominul Haque was only able to make one. Anamul Haque and Soumya Sarkar were both out to Angelo Mathews, both having reached the 20s.

The middle order did try to keep things on track, as Shakib-al-Hasan made 46 and Mushfiqur Rahim added 36. Sabbir Rahman also made his maiden ODI fifty, recording 53, but Dilshan's two wickets and Malinga's pace ended the knock in the 47th over.