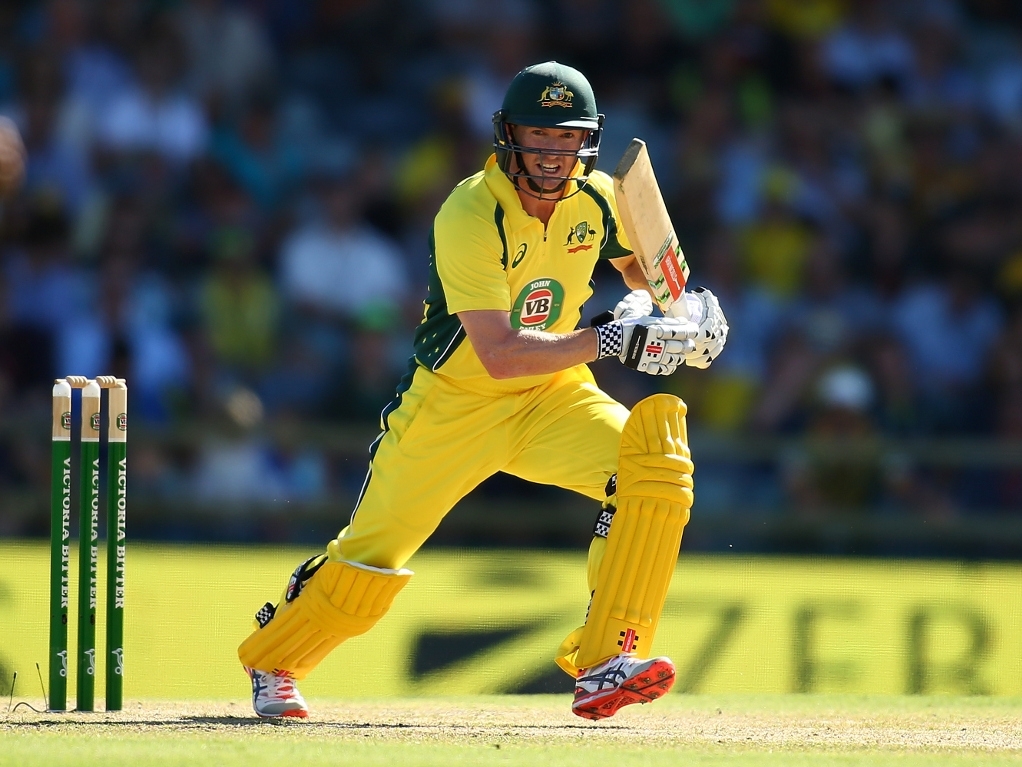 Centuries from captain Steve Smith and George Bailey triumphed a big ton from Rohit Sharma as Australia comfortably beat India by five wickets in the first ODI, of the five-match series, in Perth on Tuesday.

Chasing a target of 310, Smith hit 149 from 135 balls while Bailey contributed a steady 112 as the Aussies cruised to victory with four balls to spare.

It was stuttering start to the home team's batting innings though as India's debutant seamer Barinder Sran struck twice within the first five overs to reduce the hosts to 21 for two.

In what can only be described as a dream first bowling stint in international cricket, Sran first had Finch caught and bowled for eight then got David Warner to drive uppishly to mid-off and he was gone for five.

Smith and Bailey got Australia back on track as they combined to add 242 for the third wicket to virtually seal the match for the home team.

The home team lost the wickets of Bailey and Glenn Maxwell (6)  and Smith towards the end but Mitchell Marsh (12*) and James Faulker (1*) saw their side over the finish line.

Earlier, India had a massive partnership of 207 between Rohit and Virat Kohli for the second wicket to thank for them reaching 309 for three after 50 overs.

The pair came together with the score on 36, in the seventh over, as opener Shikhar Dhawan fell to Josh Hazlewood for nine after the visitors opted to bat first after winning the toss.

Rohit carried his bat to be unbeaten on 171 at the end while Kohli perished for 91 with five overs left in the innings.

The second ODI takes place in Brisbane on Friday.