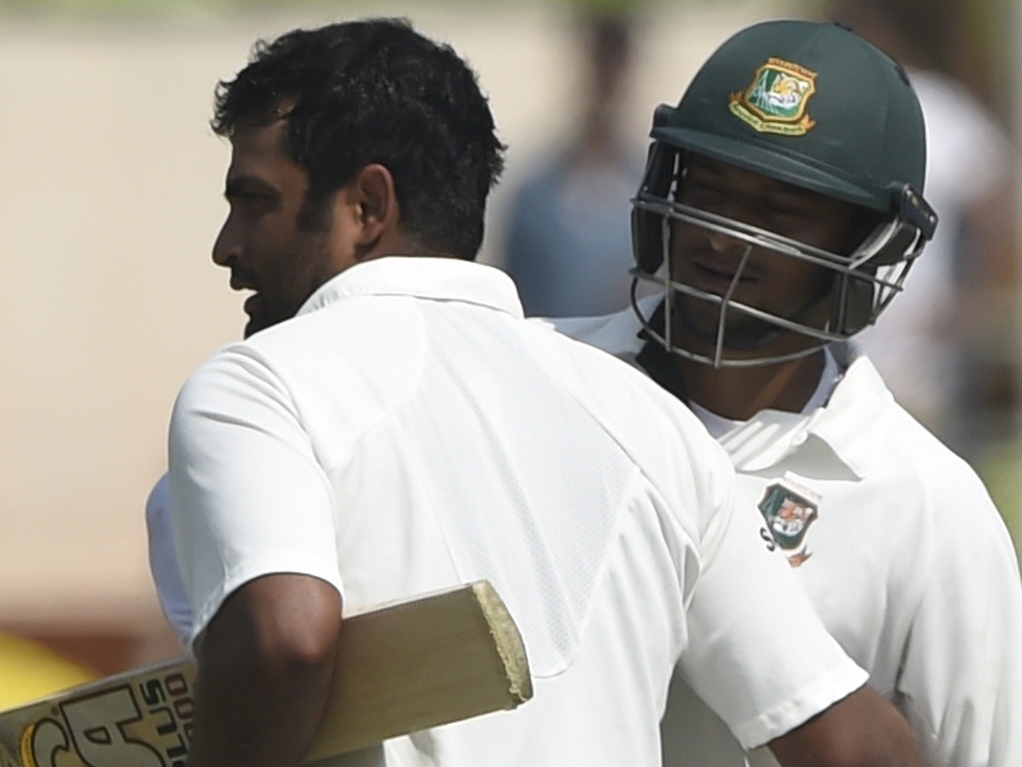 Zimbabwe reached stumps on day two of the second Test in Khulna on 53 for one, still trailing Bangladesh by 380 runs after bowling the Tigers out for 433 in the evening session.

The hosts racked up that score thanks to centuries from Tamim Iqbal and Shakib-al-Hasan, having started the day on 193 for three. While they lost their final wickets quickly, those scores ensured a huge advantage.

Bangladesh were well in control at lunch, as Zimbabwe's bowlers could only take one wicket while the batsmen added 123 runs in the session. Tamim recorded his century having been on 74 overnight, and he was the only wicket to fall.

The rest of the order didn't really add too many, but Shakib scored 137 off 180 balls before being bowled by Malcolm Waller. A cameo of 32 by Taijul Islam ensured the score went above 400.

After Natsai M'Shangwe took the final wicket, that of Jubair Hossain, the visitors had to see out 19 overs in the day. They lost the wicket of Sikandar Raza, to Taijul, while Brian Chari (21) and Masakadza (15) held steady.