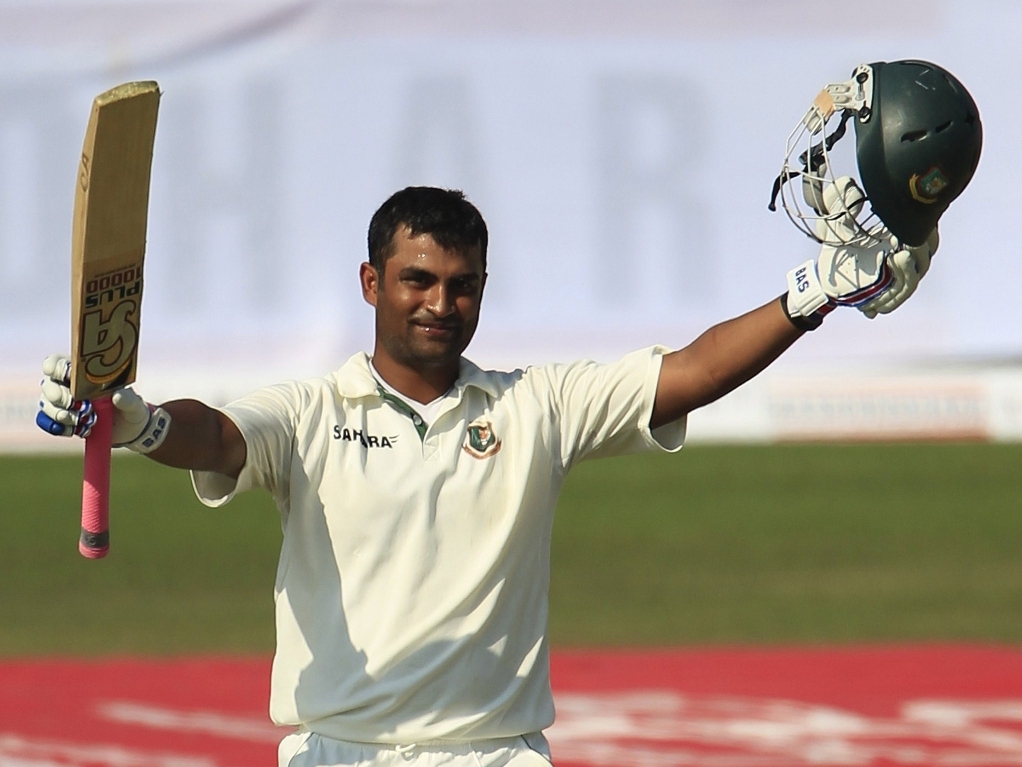 Bangladesh enjoyed a productive first day of the third Test against Zimbabwe, reaching stumps on 303 for two thanks to centuries from Tamim Iqbal and Imrul Kayes.

Already leading the series two nil, thus aiming for a whitewash, the Tigers won the toss and chose to bat first in Chittagong. This proved to be the correct decision as they went at nearly four runs to the over for most of the day.

Tamim and Kayes, both needing some runs, put on the first century opening stand for the side in four years, the last of which came in 2010. They pushed that to a double ton partnership, a first for Bangladesh.

Both batsmen recorded their centuries in the afternoon session, and reached tea on 213 for none. The Zimbabwe bowlers toiled hard, though Natsai M'shangwe also recorded a century, though one bowlers don't enjoy.

The openers were removed in the evening though, both to part time bowlers. Tamim had recorded 109 before he fell to Sikandar Raza in the 64th over, caught by Hamilton Masakadza.

Masakadza then bagged Kayes' wicket for 130, caught by sub fielder Vusi Sibanda. The rest of the session saw Mominul Haque advance to 46 at the close, while Mahmudullah was on five off 26 balls.