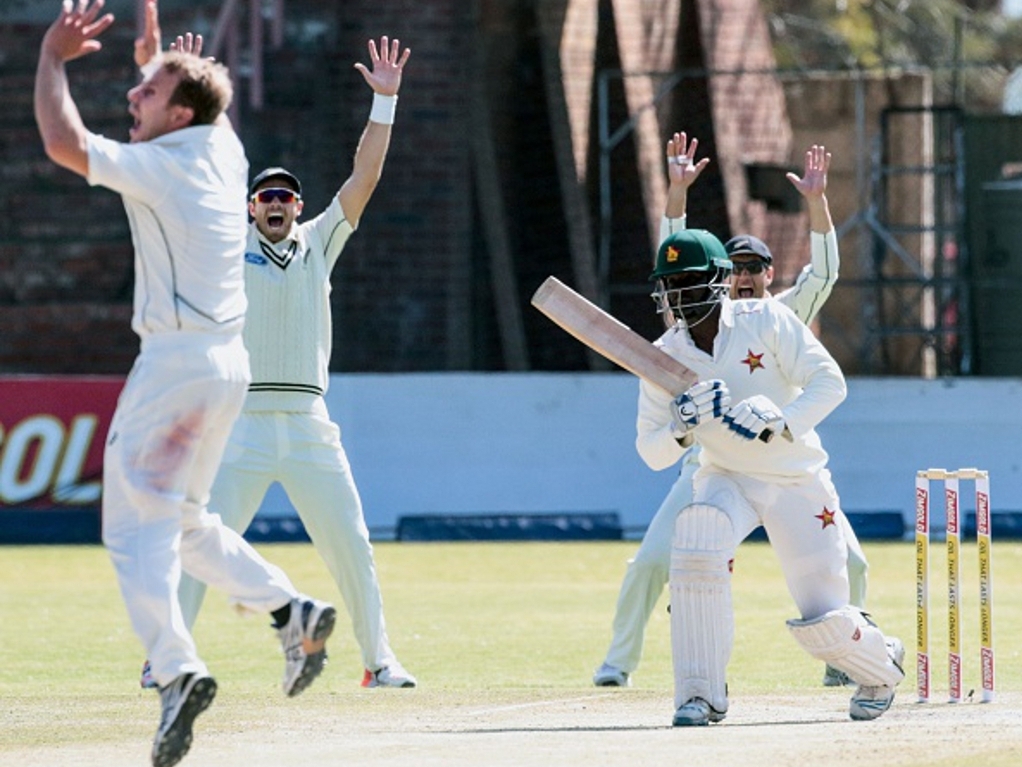 No fewer than three umpiring howlers, cost Zimbabwe their chance to salvage a draw on the fifth day of the second Test against New Zealand in Bulawayo.

The hosts could feel more than a little aggrieved as two blatant errors from Paul Reiffel and one from Michael Gough helped New Zealand bowl Zimbabwe out and clinch the series 2-0.

Zimbabwe fell to 132 all out on a day marred by poor decisions from both on-field umpires.

Zimbabwe began the day with Doanld Tiripano and Craig Ervine showing tremendous fight in the morning session. Tiripano (22) was given out leg before off the bowling of Mitchell Santner just before lunch, but the nightwatchman was unlucky as the ball was clearly sliding down leg.

A little later Ervine (27) was the victim of another howler as he played and missed at a Martin Guptill delivery only to be given out caught behind. That marked the beginning of the end for the hosts.

Prince Masvaure tried in vain to hold the Zimbabwe resistance together but Guptill and Ish Sodhi made short work of the lower order with Sean Williams (11), Peter Moor (1) and Graeme Cremer (11) falling in quick succession.

Masvaure then fell victim to the third shocking umpiring decision of the day, he was given out caught at slip, but replays showed the ball struck only his pad before flying to Ross Taylor.

Michael Chinouya was unable to hold on and offered a simple catch to Black Caps skipper, Kane Willaimson, off the bowling of Sodhi as New Zealand completed a 254 run victory on day five.

Guptill finished with figures of 3 for 11 while Sodhi took 3 for 19.

Kane Williamson was man of the match while Neil Wagner was awarded man of the series.