Home News Van Biljon and Second give Knights the edge

Van Biljon and Second give Knights the edge 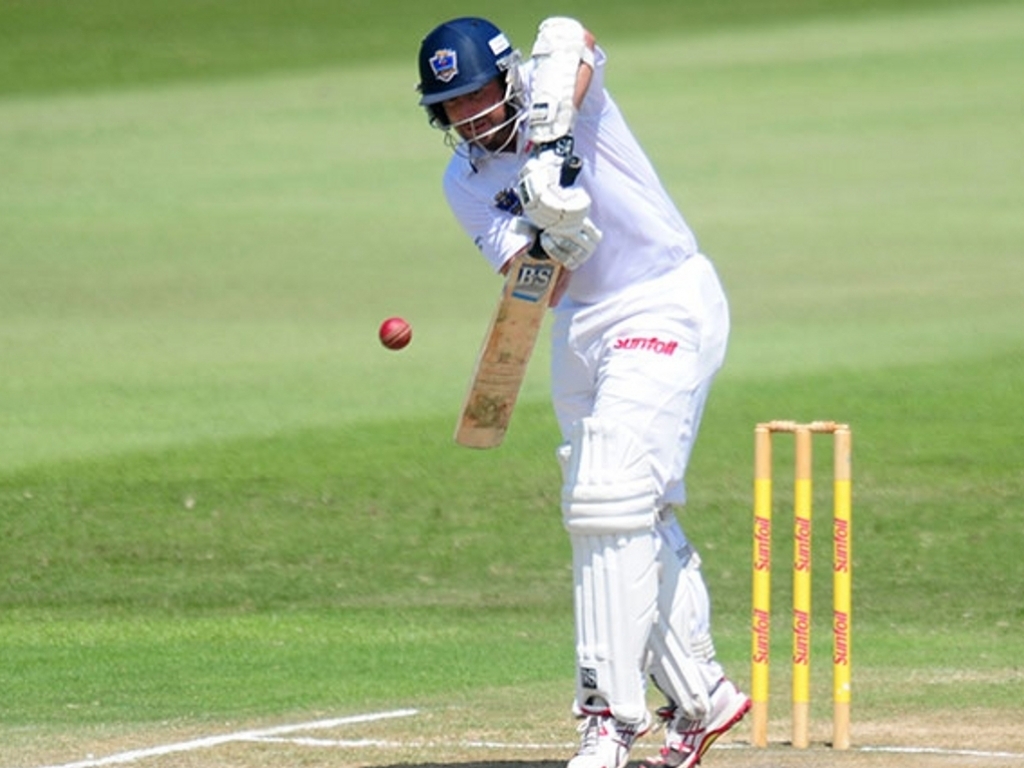 Centuries from Pite van Biljon and Rudi Second ensured the Knights were in the driving seat after day three of their Sunfoil Series clash against the Cape Cobras at Mangaung Oval in Bloemfontein on Thursday.

The pair shared in a fixture record 203-run fourth-wicket partnership that helped the hosts amass 342 and set a victory target of 444.

By the close, the visitors had reached 127/2 thanks to half-centuries by Matthew Kleinveldt and Zubayr Hamza, still needing a further 317 for victory.

The stand ended on 246 with Second the first of the overnight pair to fall, with the lower order then managing to add less than a 100 as they were dismissed in 77 overs.

The pick of the bowlers was surprisingly Omphile Ramela, with his left-arm spin yielding 4/39 in eight overs. The Cobras captain had only managed two wickets in his Sunfoil Series career previously.

Ramela failed with the bat by making nine to leave his team on 24/1, but Kleinveldt and Hamza put on 90 for the second wicket, before the former was out for 54 (56 balls, 9 fours). Hamza was still there at stumps on 52 (64 balls, 9 fours) as the Knights stayed in control.