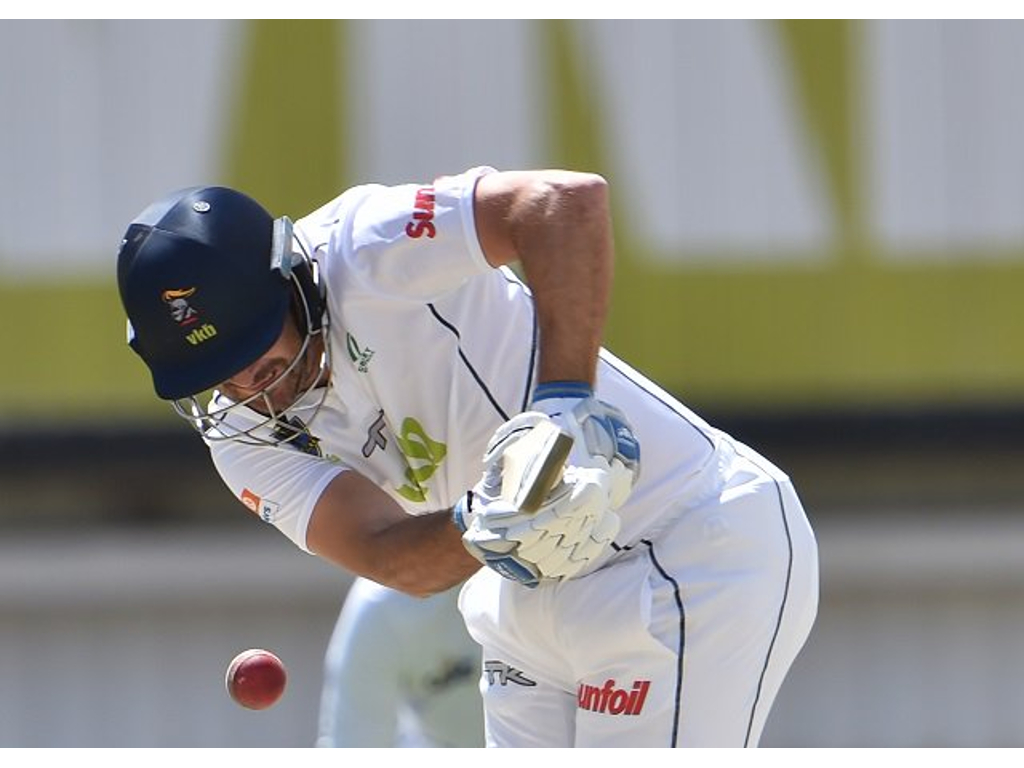 Pite van Biljon’s unbeaten century prevented the Dolphins from seizing control of their Sunfoil Series clash against the VKB Knights on day three at Kingsmead in Durban on Saturday.

The right-hander was exactly 100 not out (158 balls. 12 fours, 2 sixes) when stumps were drawn with his side on 247 for six on what was effectively day two after the opening day was rained out.

Van Biljon’s effort came after his side was put under immense pressure from the home side after they had been reduced to 60 for four in reply to 426 for eight declared.

He shared in a fixture-record fifth-wicket partnership of 178 with Rudi Second, who made 83 (123 balls, 13 fours), as the reigning champions ended the day 179 runs behind.