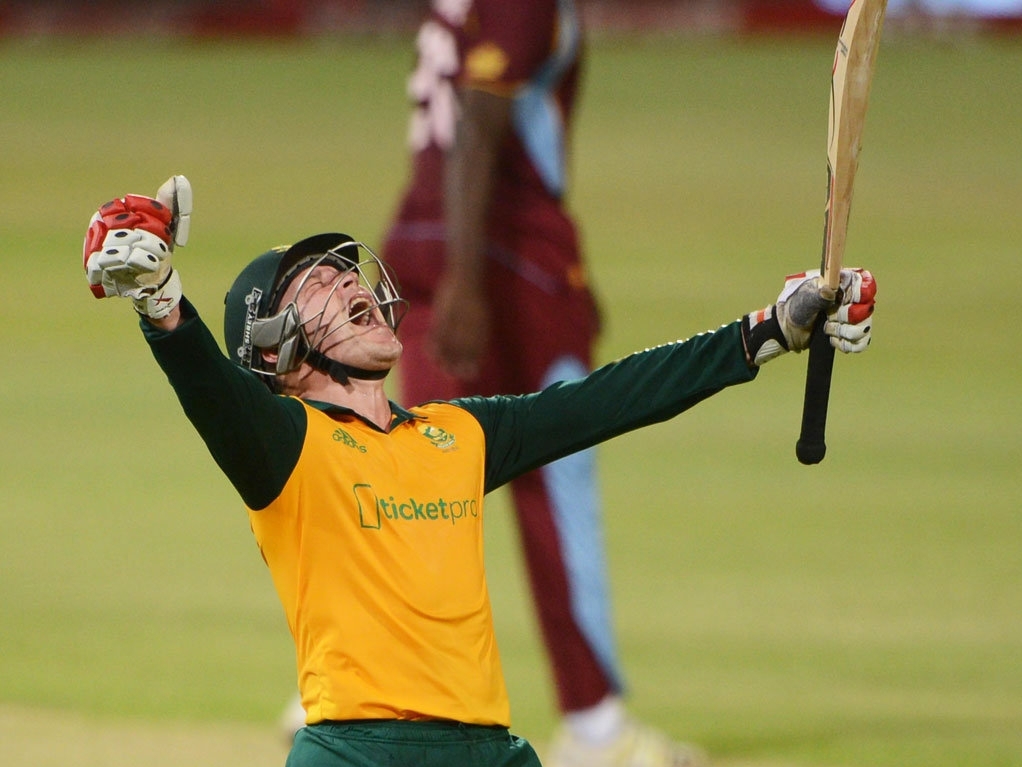 A terrific innings of 114 (74 balls) not out from Morne van Wyk took South Africa to a massive 195/3 – a target that would prove well out of reach for a West Indian batting lineup that went into the final Twenty20 with an insurmountable 2-0 series lead. The Proteas won by a massive 69-run margin as they bowled the tourists out for 126.

T20 "dead rubbers" are at the bottom of the pile when it comes to international cricketing priorities but the remarkable fashion in which the Windies won the fixtures at Newlands and the Wanderers translated to a high level interest in this midweek fixture.

Depressing afternoon rain gave way to glorious sunshine and Kingsmead filled up very quickly after Darren Sammy won the toss and fancied his side's chances of another successful chase under lights.

The superhero-like Chris Gayle was rested ahead of the ODI series that begins in durban on Friday as the West Indies made four changes to their starting XI and gave a run to a couple of players who otherwise wouldn't have made it out of the change rooms. Faf du Plessis was also given a break and stand-in skipper Justin Ontong seemed to relish the opportunity to lead his country. Marchant de Lange's pace got the nod ahead of Imran Tahir's spin as the Proteas did some experimenting of their own.

Van Wyk started cautiously on his home ground but once he got going he wasted very few opportunities to score all around the wicket, targeting the short boundaries on his home ground. Van Wyk is not the most stylish batsman to wear a green and gold shirt but when he is in the mood he is certainly fast scoring and wallops the ball cleverly towards the fence. In Reeza Hendricks (42 off 32 balls) he found able company as the pair took their team to Nelson (111/0) before Hendricks' stint was over. No Windies bowler returned respectable figures.

Without the indomitable Gayle the Windies struggled to find any impetus as they choked and spluttered their way through the chase without managing any partnerships of note. Only Lendl Simmons (49 off 31 balls) offered any resistance to the Proteas attack. Kyle Abbot (0-14) came back well from an awful night of punishment in Johannesburg and de Lange (2-26) impressed with speed and accuracy but surprisingly it was the medium pace of David Wiese (5-23) that did the most damage as the Windies were bowled out with an over to spare.

Sammy was nonethless thrilled about his side’s series win. He said after the game: “I've got to commend the boys on the way they played after the Test series loss. The first two games were a total team effort, we wanted to win tonight but we'll take the series win. We've said it time and time again, T20 is a format we're very experienced in, we have players playing all over the world – to have that experience in the dressing room, we can turn up and any given day someone can win a match for you.”

Morne van Wyk was named man of the match and Chris Gayle man of the series for his two incredible match-winning innings. The tour now enters its final phase of a five-match ODI series as the two sides look ahead to the World Cup.