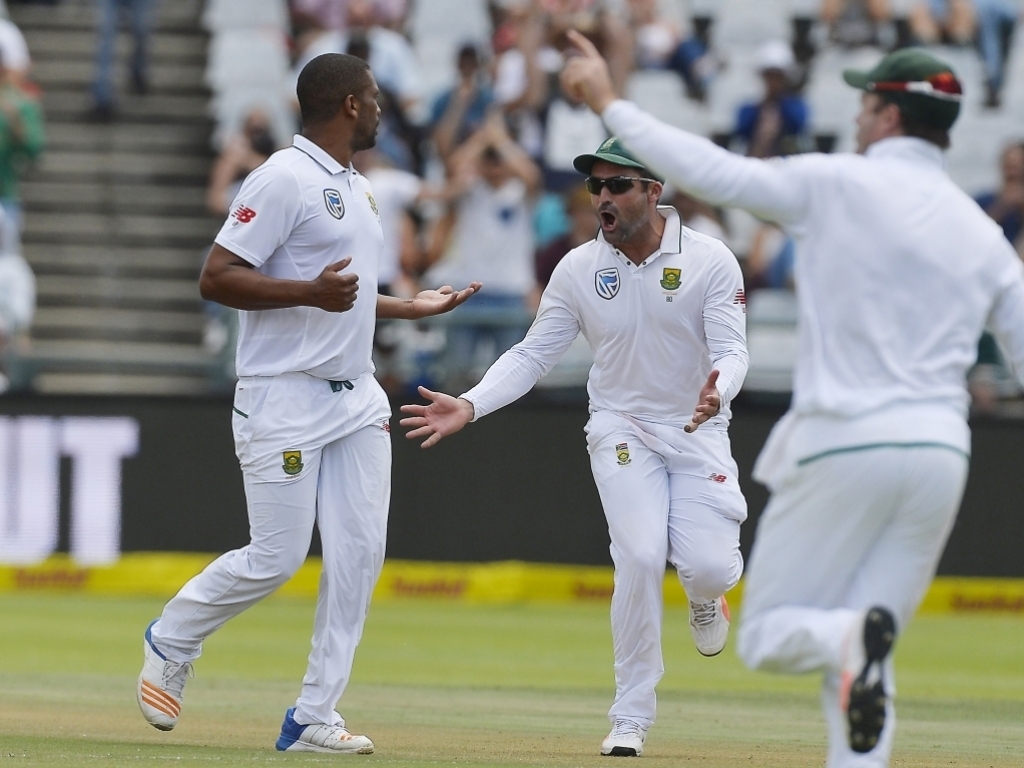 Vernon Philander starred with the ball to help South Africa draw first blood in the Test series against India as the hosts claimed a 72-run victory in a rollercoaster-ride of a match at Newlands on Saturday.

Philander claimed match-figures of 9 for 75 and returned career-best figures of 6 for 42 in the second innings as he sliced through the Indian batting order as it seems only he can do at this ground.

After the third day was entirely lost to rain, the match progressed in super-fast-forward as 18 wickets fell on the fourth day.

Remarkably, there were still over 30 scheduled overs remaining in the day when the Proteas gathered to celebrate a comprehensive victory, hours before the sun had angled its way behind the mountain.

South Africa began the day on 65 for 2 with a wonderful 142-run lead but Jaspreet Bumrah (3-39) and Mohammed Shami (3-28) wasted no time in ripping through a Proteas’ batting order that struggled with the bounce and seam on offer on a surface that was as lively as ever after a day under covers on Sunday.

AB de Villiers (35) was the only top-eight batsman to make double figures as South Africa went on to lose 8 for 71, their most dramatic home-soil collapse since being bowled out by Australia for 96 in 2011, which was also at Newlands.

It is unusual to see the home team struggle quite so badly against any pace attack, let alone one from the subcontinent, but it was obvious that the groundsman was asked to serve up a spicy dish of a playing surface and that is exactly what he did.

Call it revenge for the goat tracks that South Africa were treated to on their last visit to India.

The home team were bowled out for a paltry 130 runs but their first innings lead of 77 meant that India were set a challenging target of 208 to win the match.

208 does not normally sound like a match-winning target but on this quick seaming wicket is never going to be straight forward.

India started well as the openers left good balls and scored off others and navigated their way to 30 without loss before Shikhar Dhawan (16) played a poor shot and fell to Morne Morkel (2-39).

India were never again to be in the driving seat of a match that they had, for a few moments, been favourites to win.

Murali Vijay (13) then edged Philander to slip before any runs were added to the total and it was now India’s turn to endure a spectacular collapse.

The visitors would go on to lose 7 for 52 and find themselves in a head on 82 for 7, with 126 runs required for victory.

Only once in the history of Test cricket has a team succesfully managed over 100 runs with only three wickets in hand to win a match and it seemed the game was up but Ravi Ashwin (37) and Bhuvneshwar Kumar (13 not out) managed 49 runs for the eighth wicket to give them a glimmer of hope.

Philander, who must love this Newlands ground as much as anyone alive, then lured Ashwin into edging the ball to de Kock who was standing up to the stumps.

It didn’t take the “Ravensmead Wrecker” long to mop up the tail as the next two wickets came off the following three balls to give South Africa a thrilling and well-deserved victory.

Philander has struggled a bit with fitness and form in recent years but he looked in great condition as he claimed his first five-wicket haul since 2013.

Faf du Plessis looked absolutely delighted when he led his side on a short victory parade in front of the Newlands faithful who gathered under the Oaks on the grass embankment.

After the match du Plessis said: ”This is as good as it gets in Test cricket – the crowd was incredible.

“This was one of my favourite Test matches.

“I like to think that we are a team that takes risks to win at Test cricket. We knew that the first morning would be tough but it paid off.

“We asked the groundsman for pace and bounce and seam movement and he must be given credit.

“Dale was one of our best bowlers in the first innings,” he added in justifying the bowler’s selection, the injury of whom was obviously the biggest negative for the home side during this match.

India captain Virat Kohli told the press: “We were very well prepared. South Africa were all out for 130 and they play here all the time.

“We let ourselves down with the bat. And we let them off on the first morning after they had been 12 for 3.

“Chasing felt realistic but we needed one big partnership to get the job done. We lost four wickets in four overs.

“We can take positives out of this but we need to be realistic and correct our mistakes.”

The second of three Tests starts in Centurion on Saturday.