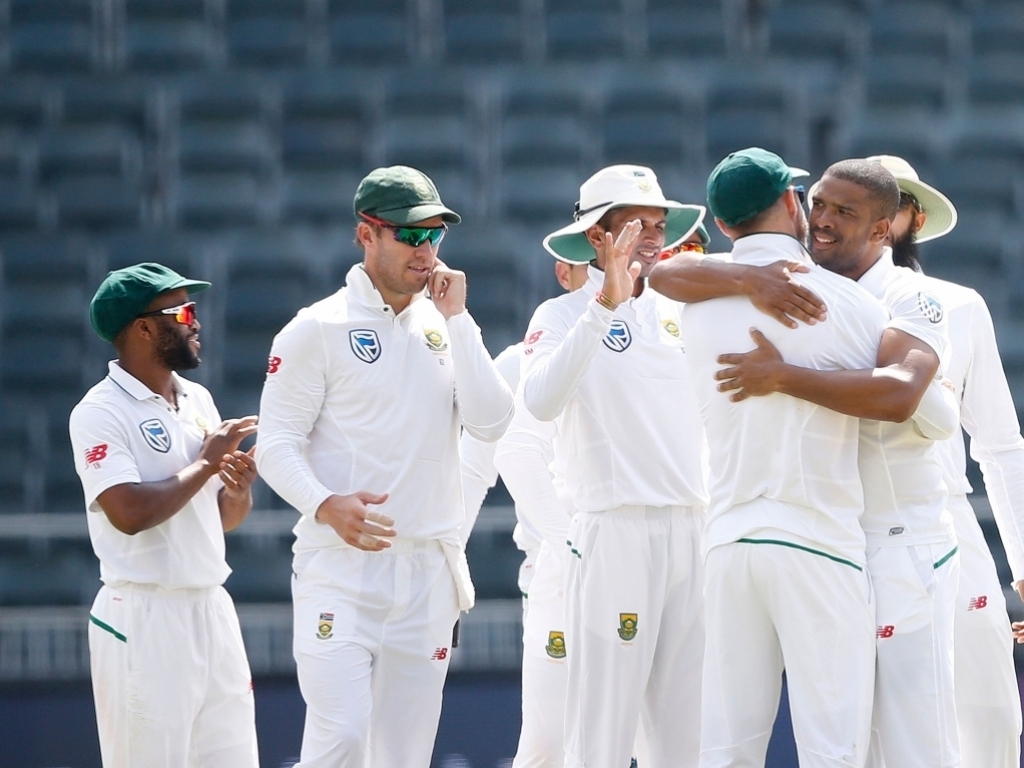 Vernon Philander took six wickets for just 12 runs in eight overs as the Proteas made history on Tuesday with their first Test series victory over Australia on home soil since re-admission.

Australia started the day on 88/3 looking to bat out the final day but lost Shaun Marsh (7) to the first ball of the day when the left-hander inside edged Philander onto his pad with the ball looping up to gully.

Philander went to 200 wickets in Test cricket when he had Mitchell Marsh (0) caught behind with a typical delivery that pitched on off-stump and left the batsman.

Peter Handscomb fought hard for his 24 but he chopped on to Philander while Tim Paine (7) edged the same bowler to wicketkeeper Quinton de Kock.

Philander then took two wickets in two balls as he removed Pat Cummins (1) and Chadd Sayers as the Aussies were crumbling at 100/9.

The game ended with Nathan Lyon (9) being run-out and Australia losing by a massive 492 runs.

It was the Proteas’ biggest ever victory by runs in Test cricket and also the fourth biggest of all time.

Philander finished with career-best figures of 6/21 in 13 overs while the retiring Morne Morkel took 2/28 in his final Test innings.

The home team won the four-match series 3-1 after losing the first Test in Durban and can look back on a successful summer in the longest format after they also beat India.