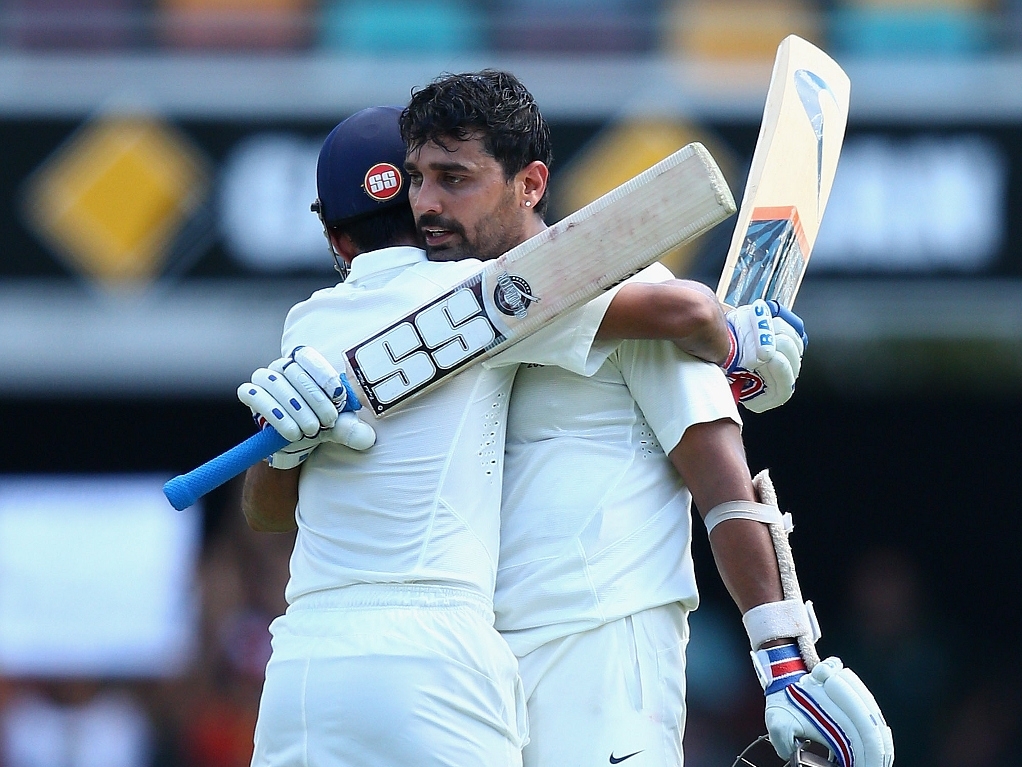 India reached 311 for the loss of four wickets at stumps on the first day of the second Test against Australia, which started in Brisbane on Wednesday.

After winning the toss and electing to bat first, India were on the front foot for most of the day thanks to a score of 144 from opener Murali Vijay, who eventually lost his wicket shortly before Australia took the new ball near the end of the day.

Both sides made a couple of changes from the first Test, with Mitchell Starc, Josh Hazlewood and Shaun Marsh coming in for Australia, while India were once again skippered by MS Dhoni. Ravichandran Ashwin was also included as the main spin option for the Aussies.

Shikhar Dhawan opened the batting with Vijay as usual and was the first to fall midway through the opening session when he was caught behind by Brad Haddin from the bowling of Mitchell Marsh for 24. Somewhat uncharacteristically, the normally aggressive left-hander managed no boundaries in his 39-ball innings.

Cheteshwar Pujara (18) became Hazlewood's first Test wicket when he too was caught behind by Haddin to make the score 100 for the loss of two shortly after the lunch break.

Last week's captain Virat Kohli (19) look at his fluent best following two centuries in the first Test, but the Hazlewood-Haddin combination struck again halfway through the afternoon session to make the score 137 for the loss of the three wickets.

Ajinkya Rahane joined Vijay at the wicket in the 45th over and added 124 for the fourth wicket and both batsmen were particularly harsh on the match winner last week Nathan Lyon, who couldn't get much assistance from the first day deck at the ‘Gabba.

Lyon, though, got the last laugh when he combined with Haddin – who took all four catches on the day – to send Vijay packing in the 72nd over.

That brought Rohit Sharma (25 not out) to the wicket and together with Pujara (75 not out) they added a further 50 for the fifth wicket before stumps were called with seven overs in the day still to be bowled.

The Aussies will be impressed with the manner in which Hazlewood performed after the lanky pacer finished with figures of two for 44, but the performances of Mitchells Johnson and Starc will be something of a concern for the hosts, after the left-armers sent down 29 fruitless overs for 120 runs between them.