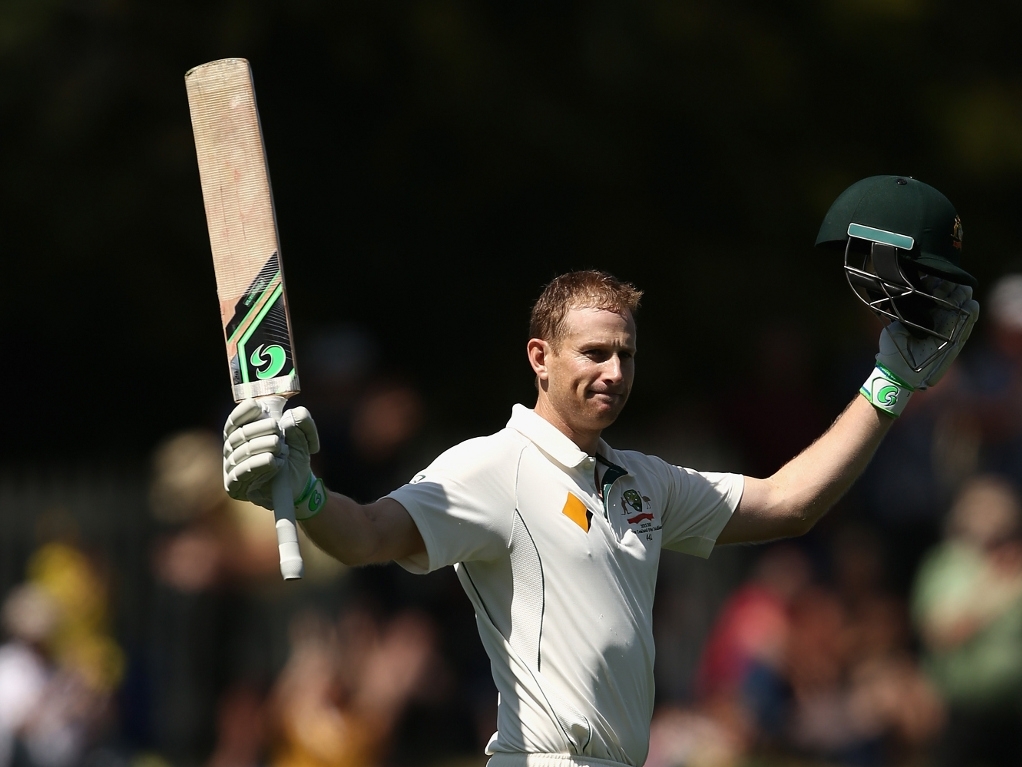 Australia held a lead of 280 runs at stumps on day two of the first Test against New Zealand in Wellington, with Adam Voges and Usman Khawaja's centuries ripping the hearts out of the Kiwi bowlers.

Voges was unbeaten on 176 at the close, having started the day on seven, as the Aussies recorded 463 for six. This was in response to New Zealand's 183 all out, and Khawaja's 140 played a hefty role.

The day began with Australia in a solid position on 147 for three, with Khawaja and Voges in the middle, the former having already passed a half century. It did not take long for them to erase the small deficit of 36 that remained.

They batted together until half way through the afernoon session, with Voges reacing his 50 off a whopping 130 balls in that time, before Khawaja was dismissed with the brand new ball.

He was trapped LBW by Trent Boult, who then removed Mitchell Marsh for a duck in the same over, caught and bowled. Voges and Peter Nevill took the side to tea on 330 for five.

Voges continued on his merry way in the evening, his 150 coming off 248 deliveries, while Nevill was eventually out for 32, having stuck around for nearly two hours.

Stumps came with Voges nearing his double ton, while Peter Siddle batted ably at the other end, on 29 not out off 61 balls, including only the second six of the innings.