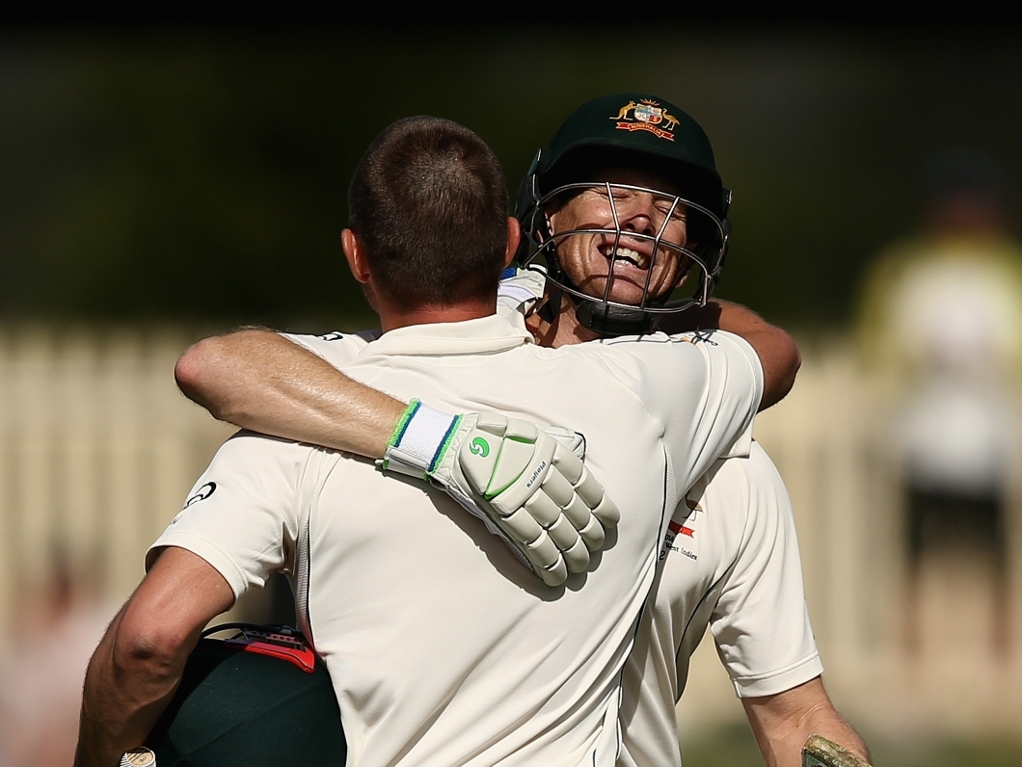 Day one of the first Test in Hobart was a dismal one for the West Indies, as Australia racked up 438 runs for the loss of just three wickets, with Adam Voges and Shaun Marsh cashing in with tons.

The Windies bowlers had few answers at the Bellerive Oval, as Australia's batsmen plundered the runs from the get-go, and Voges recording 174 not out at the close, the highest score by an Aussie number four on day one of a Test.

Australia won the toss and opted to bat on what appeared to be a rather green deck, but the Windies pacemen, hardly comparable to the men of the 1980s, were unable to take advantage of the assistance.

Openers Joe Burns and David Warner started well, putting on 75 runs for the first stand inside 11 overs. Burns was removed for 33, clean bowled by Shannon Gabriel. This was the last the paceman would do on the day though, as he left the field injured.

Warner continued on to make 64, while Steve Smith could only add 10. Both were removed by Jomel Warrican, and thus left Voges and Marsh together to demoralise the visitors for the rest of the day.

Voges' century came at a run a ball, while Marsh was a bit more sedate, but both were happy to help themselves to boundaries off the many loose balls the Windies sent down. Voges batted at a strike rate of more than 85.

Of the bowlers, only skipper Jason Holder was able to stem the flow of runs, and was the only bowler to concede less than four to the over. New ball pacemen Jerome Taylor and Kemar Roach were both expensive, at around six to the over.