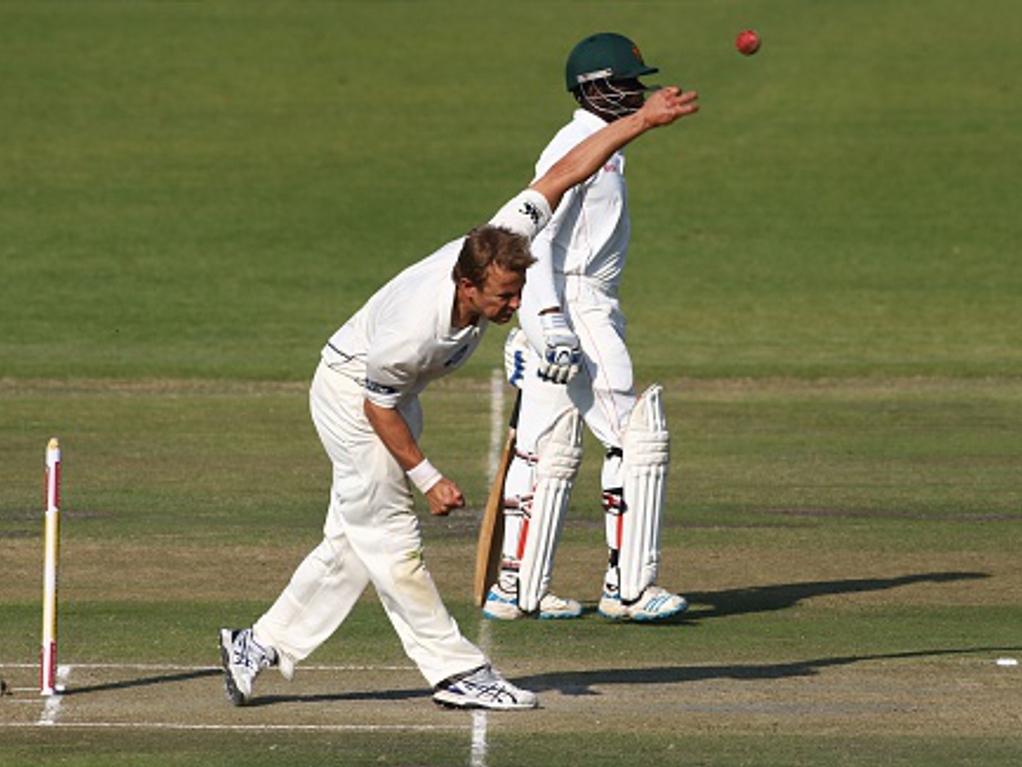 New Zealand's Blackcaps ran roughshod over a hapless Zimbabwe at the Queens Sports Club in Bulawayo, bowling the hosts out for 164 on day one of the first Test.

Martin Guptill and Tom Latham chewed into Zimbabwe's meagre total as they moved the Blackcaps to 32 without loss at the close.

It could have been a lot worse for the hosts, were it not for an 85 runs partnership between debutant, Prince Masvaure, and number 10, Donald Tiripano, whose 49 not out is the highest score ever by a Zimbabwean batting in his position.

Tim Southee struck early, claiming the wicket of Brian Chari with his second ball of the day before the Neil Wagner show rolled into Bulawayo.

Wagner took 6 for 41 as Zimbabwe struggled to deal with his short, aggressive bowling.

Sean Williams might count himself a little unlucky, as he was given out after the ball appeared to strike him on the helmet.

Zimbabwe were 72 for 8 when, Masvaure, and Tiripano came together and were the only players to show any fight or application, with Tiripano unlucky to miss out on a maiden Test half century as he ran out of partners.

The hosts will be hoping to show an improved performance with ball in hand tomorrow but it will be no easy task against a powerful New Zealand batting lineup.