Home 2015 World Cup Wahab stars to get Pakistan a win

Wahab stars to get Pakistan a win 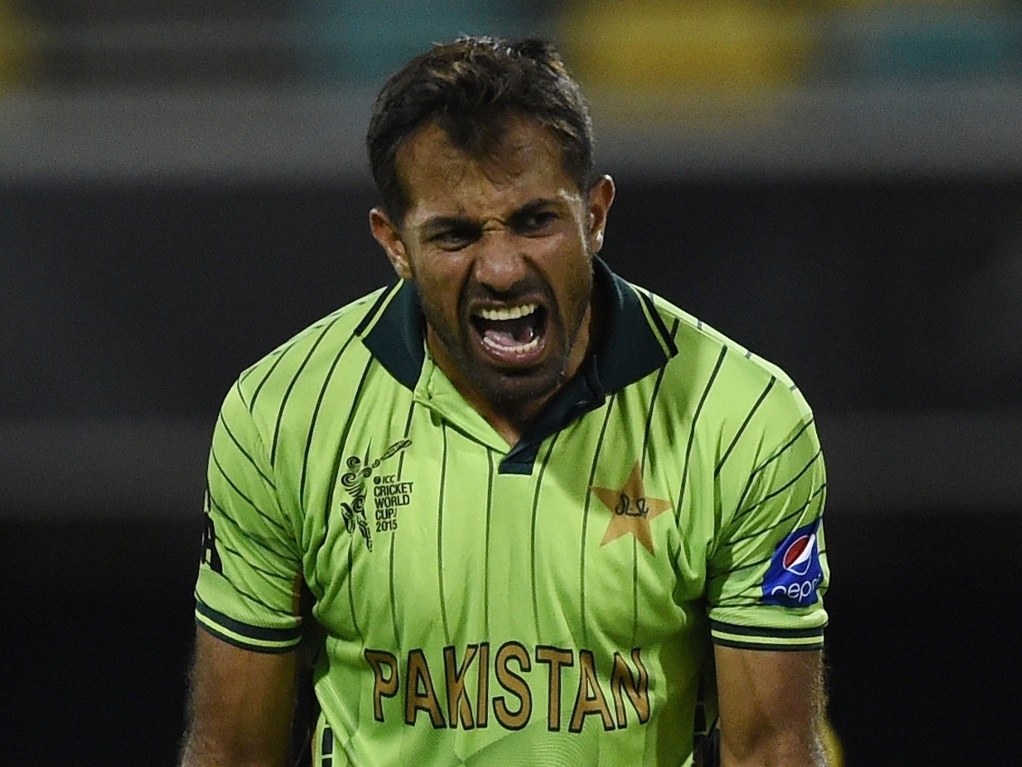 Pakistan finally got their World Cup win tally off the mark on Sunday as they beat Zimbabwe by 20 runs in a closely-fought match in Brisbane, defending a small target of 235 thanks to their pacemen.

Pakistan's batting was slow and ugly, with Misbah's 73 off 121 balls providing the bulk of the runs. Zimbabwe's bowlers did a cracking job, but the batsmen were unable to resist Mohammad Irfan and Wahab Riaz, and were all out for 215 in the final over.

Pakistan won the toss and opted to bat, which seemed like a dire move when Tendai Chatara removed both openers for a single run. Haris Sohail then departed for 27, leaving Misbah and Umar Akmal to rescue the knock.

The pair put on 69 runs together at an agonising pace, but the deck was not conducive to quick batting, as Zimbabwe later discovered. Akmal made 33 of those runs, before he was removed by Sean Williams.

The spinner also dismissed Shahid Afridi for a duck in the same over, leaving Pakistan in trouble again. Aside from Misbah's half ton, the score was pushed into defendable territory thanks to Wahab's unbeaten 54.

Zimbabwe would have been confident of chasing the score down, given they had made 277 against South Africa, but the early losses of Sikandar Raza and Chamu Chibhabha, both for single figures to Irfan, hampered that.

Hamilton Masakadza and Brendan Taylor then tried to steady the ship and took the score 74 in the 22nd over. Masakadza was then out to Irfan for 29, bringing Williams to the middle. He and Taylor took the score to 128.

Taylor was then removed for 50 by Wahab, who took four wickets alongside Irfan, and the wickets tumbled from there. Skipper Elton Chigumbura, who had left the field in the first innings with a thigh injury, was forced to try and save the game.

Batting on essentially one leg, the skipper tried valiantly to get the runs and made 35 at a run a ball, but he was the final wicket to fall as Zimbabwe needed an improbable 24 runs off the final over. They remain ahead of Pakistan on the table though, level on points but with a better run rate.