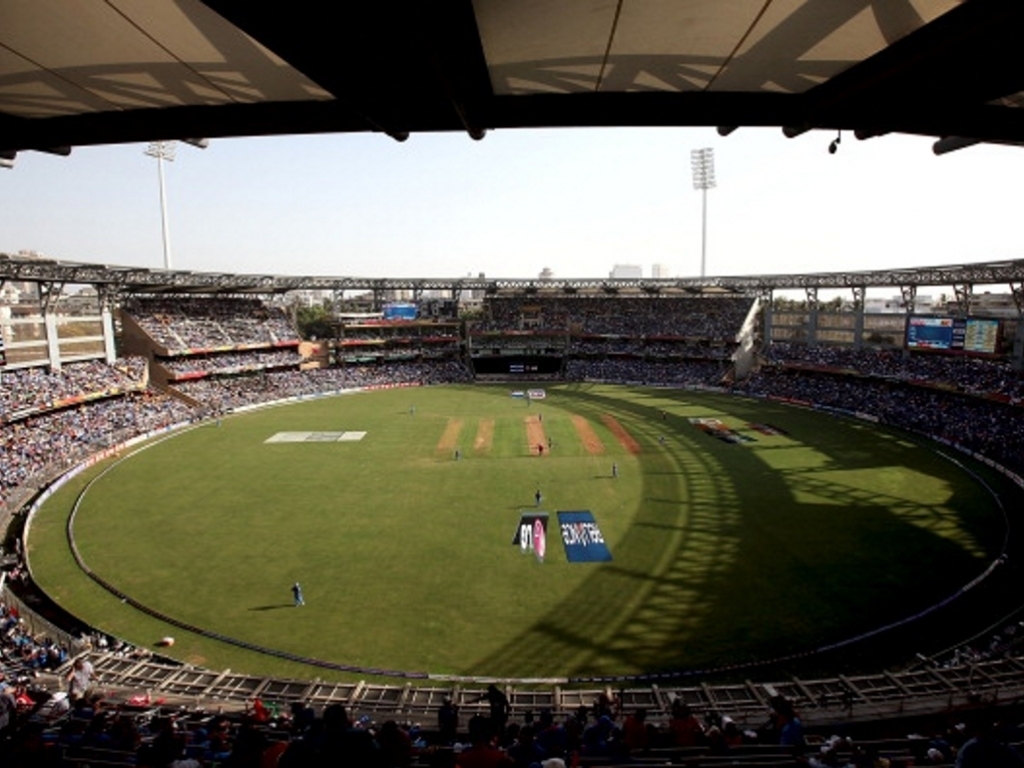 Mumbai, the cricket capital of India, has seen Test matches played at three different grounds. The Bombay Gymkhana ground hosted the first ever Test in India, in 1933-34 against England.

After WW-II, the Cricket Club of India’s Brabourne Stadium was used for 17 Tests. However, due to a dispute between the CCI and the Bombay Cricket Association, the BCA built the 45000-capacity Wankhede Stadium, less than a mile away from the Brabourne Stadium.

It staged its first Test in the 1974-75 season when the Windies toured India. Clive Lloyd scored an unbeaten 242 and in Pataudi’s last hurrah, India lost by 201 runs. The Test also featured a crowd disturbance after a fan who rushed onto the ground to greet Lloyd was treated roughly by the police.

India’s first victory here was posted against the New Zealand two seasons later. The stadium has been witness to great innings like Gavaskar’s 205 against the Windies and Kallicharan’s 187 in the same game in the 1978-79 series and all round heroics like Ian Botham’s century and thirteen wickets in the Jubilee Test in 1980 which England won by ten wickets.

The highest score by an Indian at Wankhede remains Vinod Kambli’s 224 against England in 1992-93 in only his third Test. Incidentally Ravi Shastri’s six sixes in an over off Baroda’s Tilak Raj en route to the fastest double-hundred in first-class cricket was on this ground in 1984-85.

The seaside situation of the Wankhede stadium means that the swing bowlers get a fair amount of assistance during the early part of each day.

The pitch has traditionally been full of runs, but it does help the spinners during the last couple of days, and in the last Test played on the ground, against Australia in 2005, the ball spun viciously from early on and this, coupled with low bounce, helped India win in under three days even though almost a whole day was lost to rain.

The West Indies slumped to a massive defeat to India inside three days as Pragyan Ojha put them in a spin.

Ojha took five wicket hauls in both West Indies innings with the visitors failing to crack 200 in two attempts.

Cheteshwar Pujara and Rohit Sharma hit centuries with India looking as if they were playing on a different pitch.

The Test would be the last for India legend Sachin Tendulkar who hit 74.

Curator Ramesh Mamunkar told India.com: “It should turn from second day evening, or at least by the third day. There’s heavy dew these days, so we’re watering the pitch less. We’ve cut the grass a bit too so that the wicket bears a fresh look for the Test.

“The Wankhede track always has bounce, even if the grass on the pitch is cut. It will be the same for this Test.

“Fast bowlers can extract that bounce if they bend their backs, especially on the first couple of days.”

Pujara is India’s leading scorer among the players in the squad having scored 254 runs here in three innings inclduign two hundreds.

Ravi Ashwin is the leading wicket-taker in the squad and has also scored the second most runs including a century against the West Indies.

James Anderson has picked up seven wickets in two Tests in Mumbai while Alastair Cook has a Test ton at this venue as well.

Hot and dry throughout the Test

The Wankhede stadium is known for producing sporting wickets and this one should be no different, there should be something in it for the quicks early and the spinners will come into the game late on day two.

England will need to be positive if they are to turn things around as they are unlikely to find themselves in a position to force a draw on this sporting wicket.

The team winning the toss should bat first as chasing will be tough in the fourth innings.