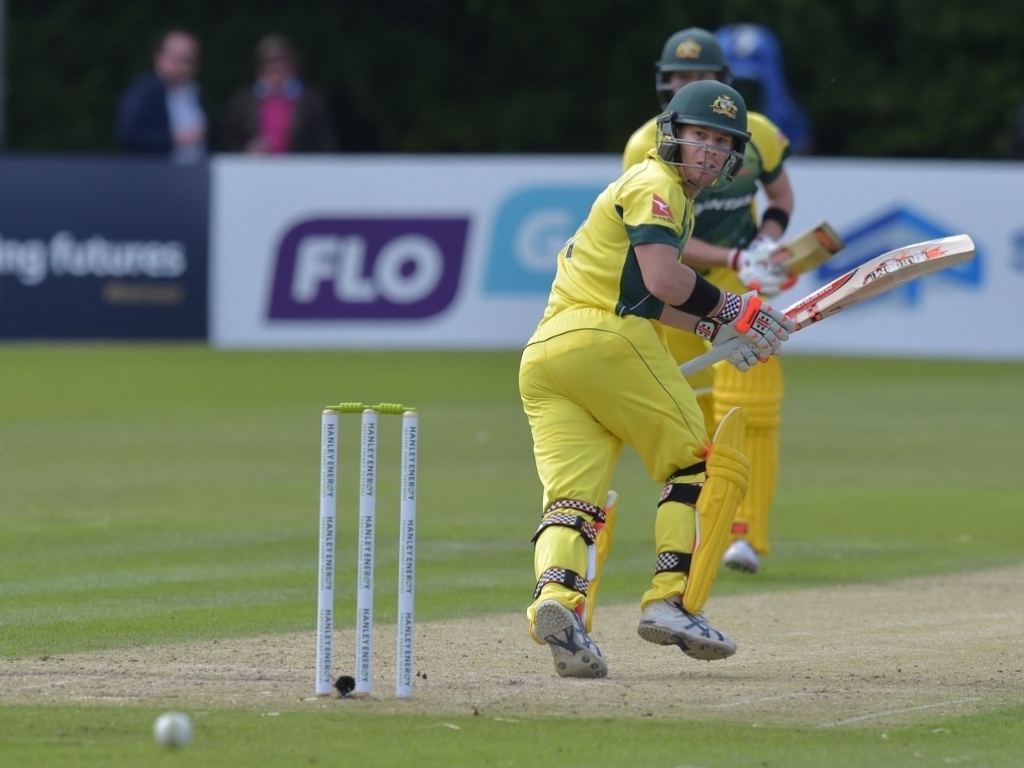 Openers David Warner and Joe Burns were the shining lights for Australia as they completed a 23-run (D/L) win over Ireland on a wet and gloomy day in Belfast.

After Australia's new captain Steve Smith won the toss and elected to bat first, Warner and debutant Burns got the visitors off to a spectacular start when they put on 139 in 22 overs.

Burns, who has played in two Test matches, hit 69 off 70 balls and Warner top-scored with 84 from 80 balls as the Aussies posted 222 for six in 40.2 overs before rain brought an early end to their innings.

The tourists would be concerned at the manner in which they collapsed after the good start they got from their openers but there were a few rain delays that hampered the incoming batsmen.

Only Smith (21) and allrounder Shane Watson, with an unbeaten 26, contributed any other decent scores during the innings.

After the long rain delay, Ireland's target was adjusted to a steep 181 from 24 and they certainly gave as good as they got, being bowled out for 157 in the final over of the innings.

Experience campaigners Niall O'Brien (45) and Ed Joyce (44) briefly gave the home crowd some hope with a stand of 86 for the third wicket after both opening batsmen fell early to leave the hosts on five for two.

Ireland however could not sustain the effort as the Associate nation lost wickets at regular intervals as Australia's fast bowlers became to much for the Irish batsman to handle.

Australia pace trio of Nathan Coulter-Nile, Pat Cummins and Mitchell Starc looked sharp and shared seven wickets between them as the world champions geared up to face England in a T20 and five ODIs.