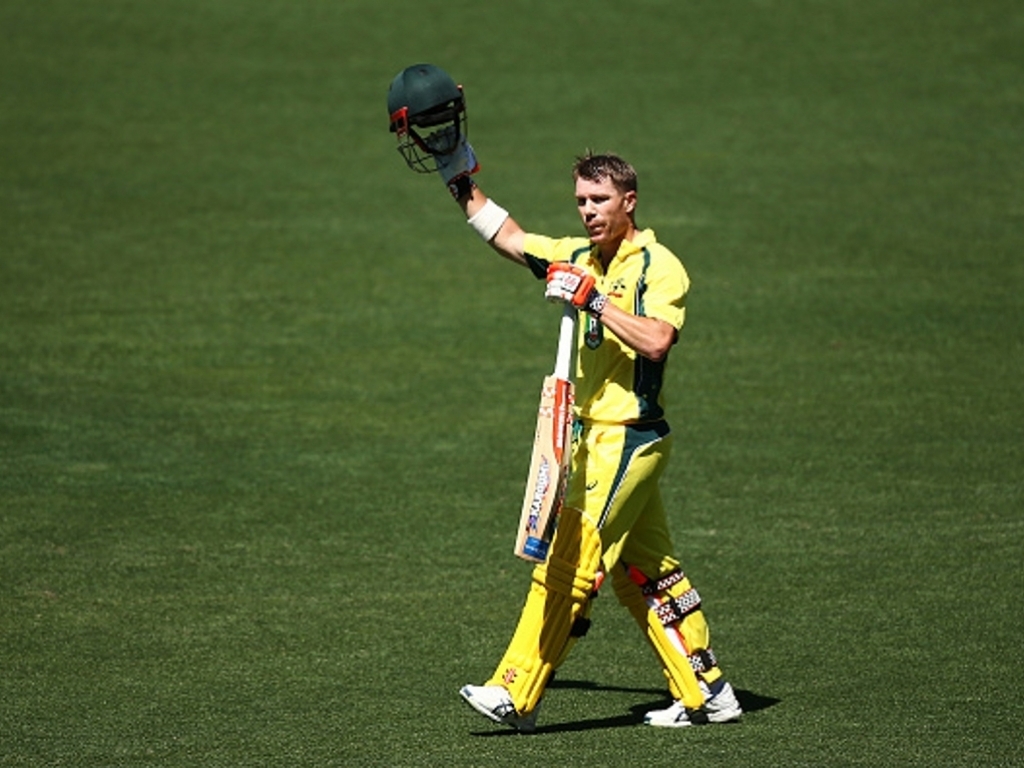 A career best 179 from David Warner helped Australia post 369/7 in their fifty overs which was enough for a 57 run win over Pakistan in the fifth ODI.

Warner shared an Australian record partnership with newly promoted batsman Travis Head with the pair putting on 284 runs for the opening wicket.

The day might have turned out very differently though if Azhar Ali had held onto a chance offered to him off the first ball by Warner off the bowling of Mohammad Amir.

Warner would be dropped again on 129 while Head enjoyed a life in the nineties just before he went to his maiden ODI century.

The incredible Warner has now scored six centuries in the 2016/17 season equaling the record set by Kumar Sangakkara in the 2014/15 campaign for Sri Lanka.

Australia lost a bit of momentum towards the close with wickets tumbling in pursuit of quick runs after Warner fell short of becoming the sixth person (fifth man) to score an ODI double ton.

Australia would nonetheless post an imposing total and Pakistan would have to play extremely well to get past their hosts on Australia day.

Azhar Ali (6) went early on in the chase but a big partnership between Sharjeel Khan (79 off 69 balls) and Babar Azam gave Pakistan hope of an unlikely win.

They put on 130 before the left-handed opener skied a bouncer from Mitchell Starc which gloveman Matthew Wade got under leaving Babar to try and hold things together.

Babar (100) would go on to become the first Pakistan batsman to score a hundred against Australia in Australia since Zaheer Abbas in 1981.

Babar’s departure shortly after he reached three figures would spell the end of Pakistan’s chances despite a well played 46 from Umar Akmal with the tail.

Pakistan would lose by 57 runs and go down 4-1 in the series, Mitchell Starc ended with figures of 4 for 42 to be the pick of the Aussie bowlers.

Man of the match and series Warner said at the presentation: “I just love playing cricket and churning out as many runs as possible. You’ve just got to take those chances (first-ball drop), if it doesn’t go to hand you’ve got to make the most of it. Very happy for the break [he’s been rested for the Chappell-Hadlee series].”