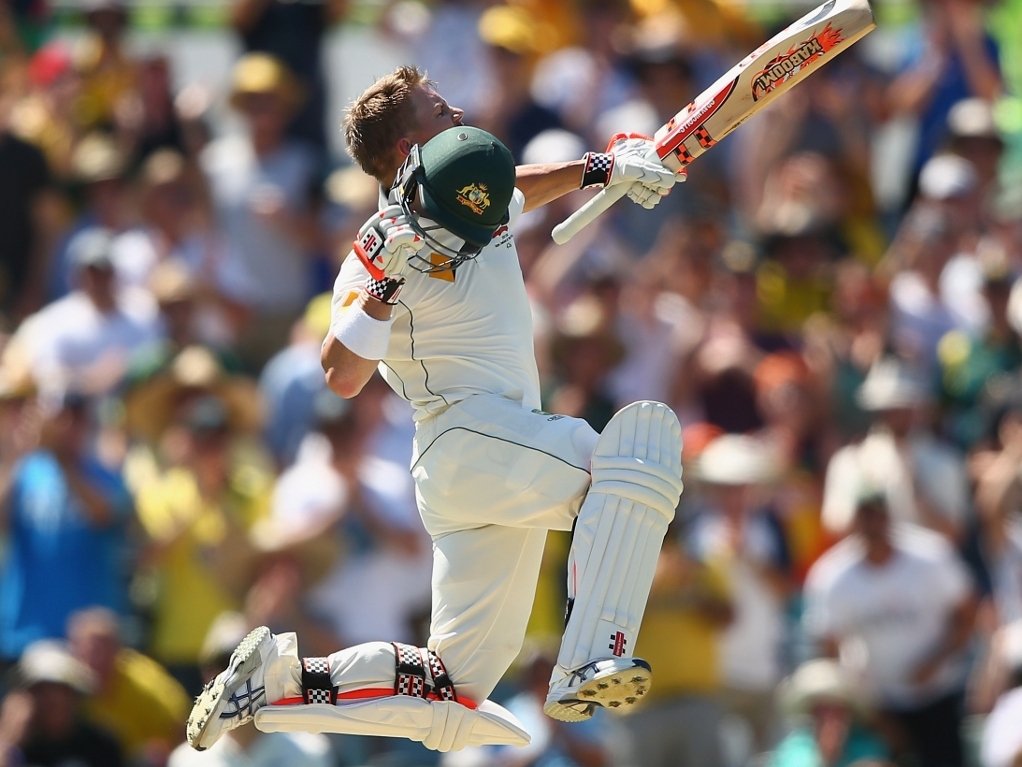 Australia were in a dominant position at stumps on day one of the second Test in Perth, as David Warner's unbeaten double century, his first in Tests, demoralised New Zealand and the host recorded 416 for two.

Warner was on 244 not out at the close, a new record for runs scored by one batsman on day one in Australia, as he recorded his third triple figure score in three innings of this series.

Usman Khawaja was another who did well to keep New Zealand on the back foot, as he made 121 runs as he continued to impress upon his return to the side. Joe Burns made 40 runs as well.

Australia won the toss and opted to bat, while the Black Caps named Tim Southee in their side despite his back injury in the previous Test. Southee, along with the other bowlers, looked toothless for the most part.

Warner and Burns put on a century opening stand once again, adding to the two they recorded in Brisbane, before Burns was bowled by Matt Henry just before lunch. That was the only wicket to fall for most of the day.

Warner and Khawaja then blasted the visitors all over the park, with Warner's strike rate close to 90 for most of his knock. They added 302 runs together, at nearly five to the over.

Khawaja was unable to see the day out though, caught by Tom Latham off Doug Bracewell with three overs to go. Steve Smith joined Warner in the middle, a daunting prospect for any bowling attack.

If Warner scores a ton in the second innings of this match, he will become the leading scorer of twin tons in Tests. He is currently tied on three such instances, with Sunil Gavaskar and Ricky Ponting.