Warner leads from the front to beat Bangalore 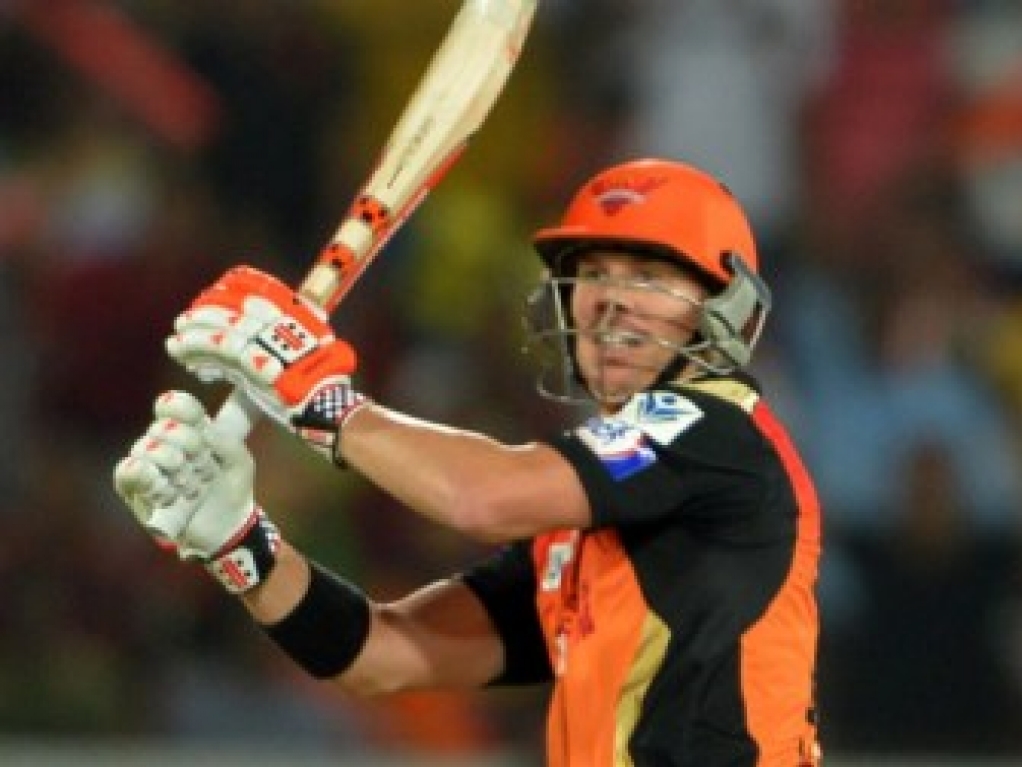 The Sunrisers Hyderabad added two more points to their IPL tally when they beat the Royal Challengers Bangalore by 15 runs on Saturday, defending the 194 they made thanks to David Warner's blistering 92.

Bangalore were unable to pull off another big chase, and ended on 179 for six  despite a few late lusty blows from the tail. Bhuvneshwar Kumar bowled an excellent final over, conceding just six runs.

The Sunrisers, having been put in to bat, lost the early wicket of Shikhar Dhawan for 11, but were then taken on a joyride by Australia's David Warner and New Zealand's Kane Williamson.

The pair put on nearly 130 runs in the next 12 overs, with Warner going as his usual brisk pace and becoming the tournament's leading run scorer in the process. Williamson, in his first game of the season, showed no signs of rust.

The stand was broken when the Aussie was out for 92. He had faced just 50 balls, including five sixes, before being caught by AB de Villiers. The South Africa skipper took a catch to remove Naman Ojha later as well.

Williamson was out in the next over for 50, having faced 38 balls, caught behind off Shane Watson. This left Moises Henriques to smash a quick 31 not out off 14 balls in the final few overs.

This left RCB to chase 195 to win, with Kohli looking to reclaim the orange cap he'd lost an hour earlier. He and KL Rahul got off to a good start, putting on 40-odd runs in the first five overs.

Kohli was out for 14 though, off the bowling of star paceman Mustafizur Rahman, bringing De Villiers to the middle. Rahul was out in the 10th over, having made his second half ton in as many games.

Shane Watson was run out off a great direct hit from the outfield by Barinder Sran, leaving De Villiers and Sachin Baby needing to go at nearly 12 to the over for half the innings, a seemingly doubtful task.

It was made even more out of reach when de Villiers, who had survived two dropped catches already, was finally snaffled by Williamson. The Kiwi took a good diving catch in the deep to send AB packing for 47 off 32 balls.

Baby was out at the start of the 17th over after doing well to reach 27, but one big swing too many saw him caught in the deep by Dhawan. RCB still needed nearly 50 runs at that point.

They needed 22 runs off the last over, and Kumar started with two dot balls. The game ended with a catch on the boundary, punctuating a great effort from the Sunrisers.