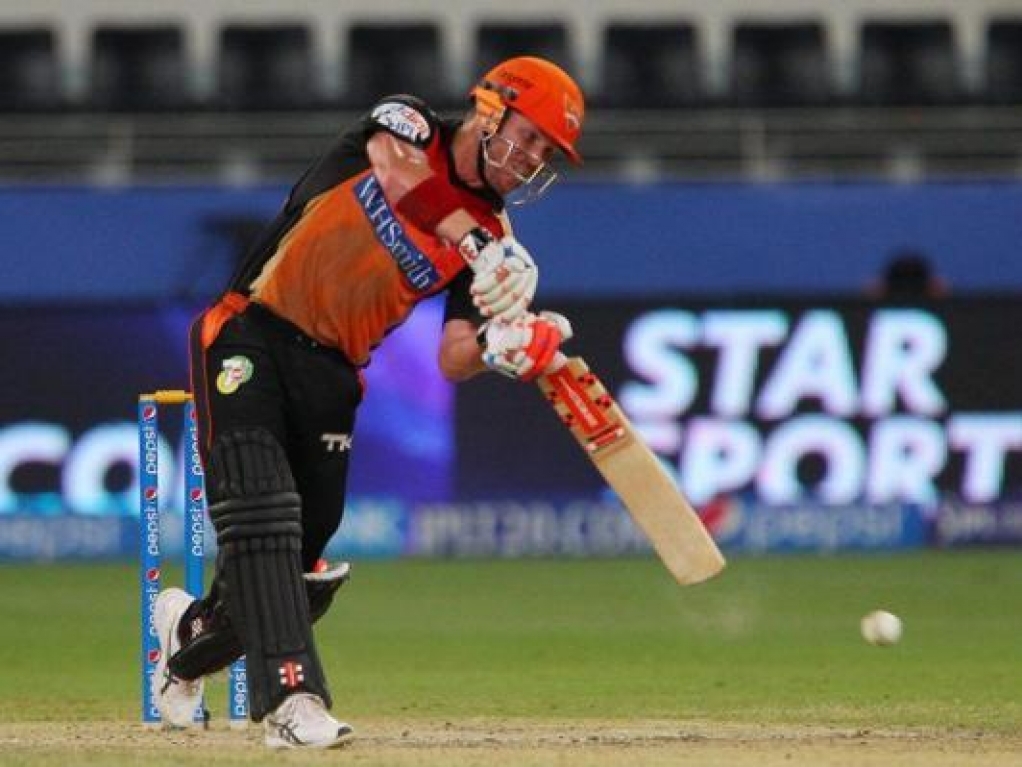 Captain David Warner smashed a 23-ball half-century to power the Sunrisers Hyderabad to a comfortable five-wicket victory, with 13 balls to spare, over the Kings XI Punjab in the Indian Premier League on Saturday evening.

Chasing a below-par target of 144, Warner was in no mood to play himself in and immediately went about his work, hitting the bowlers to all parts of the Rajiv Gandhi International Stadium.

Warner and opening partner Shikhar Dhawan put on 90 for the first wicket within the first 10 overs, with the Australian the main contributor before he was out for 59 off 31 balls.

Dhawan was eventually out for run a ball 45 while Eoin Morgan struck a brisk 25 before he perished near the end as the winning runs were hit by Moises Henriques after 17.5 overs.

The Kings XI though would be most disappointing with their batting effort on a pitch that had no real demons and again it was a failed middle-order, comprising of skipper David Miller (9) and Glenn Maxwell (1), that did not come to the party.

Only Shaun Marsh showed any fight as he scored 40 off 34 balls while the innings was propelled with a 50 partnership between debutant Nikhil Naik (22) and Axar Patel (36*).

The Sunrisers bowled with zip and discipline, none more so than Bangladesh's 20-year-old paceman Mustafizur Rahman, who finished with sensational figures of two for nine in four overs.