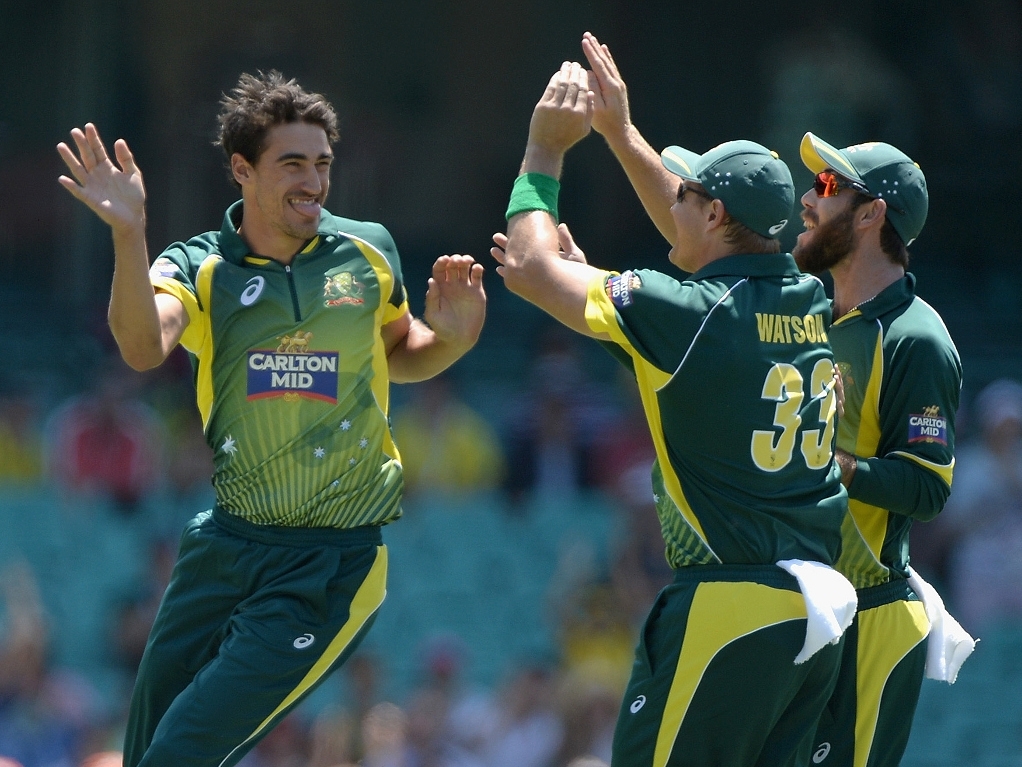 A century by David Warner and four wickets from Mitchell Starc was enough for Australia to beat England by three wickets in the first One Day International (ODI) at the Sydney Cricket Ground on Friday.

Whilst the end result suggested a close match, Australia were on top from the off and were comprehensive winners despite a late flurry of wickets.

England won the toss and elected to bat first but despite a knock of 121 by new captain Eoin Morgan, the hosts were only able to post 234 all out in 47.5 overs.

Starc was the destroyer-in-chief, taking the wickets of Ian Bell and James Taylor with the first and third balls of the innings, respectively, without scoring.

Joe Root (five), Moeen Ali (22) and Ravi Bopara (13) didn't last long either and when England found themselves at 69 for five in the 16th over, batting out the 50 was always going to be a problem for them.

Morgan found some able allies in Jos Buttler (28) – who curbed his normal aggressive intent to bat for more than an hour and Chris Jordan (17), but when they crashed from 224 for seven in the 47th over to 234 all out in the 48th thanks to two more strikes from Starc, the visitors were already massive underdogs for the victory.

The Aussies replied in their characteristic aggressive fashion, and while Aaron Finch (15) and Shane Watson (16) didn't contribute a particular lot with the bat, they proved to be valuable partners for Warner, who was particularly harsh on anything loose.

Test captain Steve Smith made 37 before he was dismissed in the 28th over with the score on 158, to bring captain George Bailey to the wicket.

Despite the late flurry of wickets, the result was never in doubt as the Aussies cruised home with more than 10 overs to spare.

Starc was handed the man of the match award for his destruction of the England batting line-up at the start and finish of the innings to finish with figures of four for 42.

England would be pleased with the performance of Chris Woakes in particular, who finished with figured of four for 40, and the form of Morgan, but need more from the rest of their batting line-up in particular if they are to challenge the World Cup favourites.