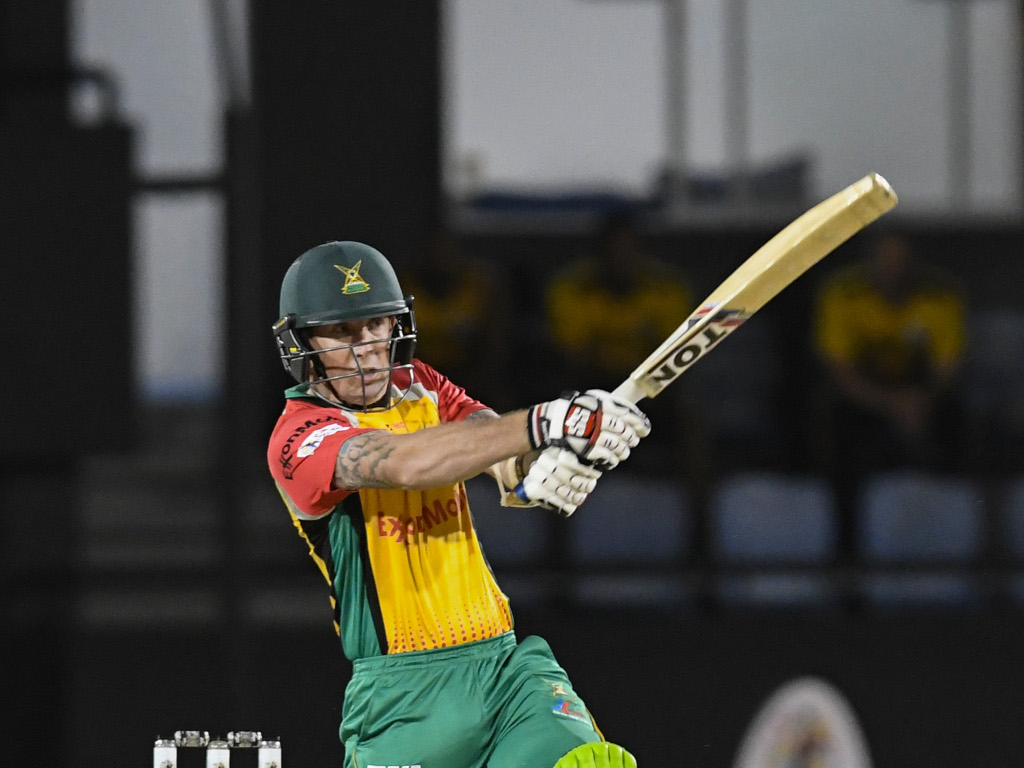 The Warriors made light work of a 166-run target, easing to an eight-wicket victory inside 17 overs as they jumped back above Jamaica Tallawahs and Trinbago Knight Riders in what looks like a three-way fight for the top two spots in the Hero CPL table.

The Tridents find themselves firmly at the other end of the table after a fourth straight home defeat and likely needing to win all three of their remaining games to extend their season into the play-offs.

Luke Ronchi (67* off 40) and Chadwick Walton (43 off 34) ensured the Warriors were never in serious danger of falling short of the Tridents’ 165/7 with a flurry of early boundaries to break the back of the chase before Shimron Hetmyer and Cameron Delport continued the charge.

On a night when Barbados hailed Sir Garry Sobers to mark the 50th anniversary of his six sixes in an over, Ronchi briefly stirred hopes of the most fitting tribute of all when he deposited the first two balls of Jason Holder’s second over beyond the ropes. He fell short of perfection in the end, but the over still brought Ronchi 24 runs as the Warriors raced to 70 without loss inside the six-over PowerPlay.

Walton was more than playing his part at the other end before holing out to hand Ashley Nurse a wicket which did little to stem the flow.

Hetmyer smashed three sixes over mid-wicket in the space of four balls in the 11th and 12th overs to bring the target below a run a ball, while Ronchi duly completed a fine half-century in just 26 balls.

The New Zealand wicket-keeper then flicked Jason Holder over the long-leg boundary for the 350th six of the 2018 CPL season as the Warriors’ batsmen continued to toy with the bowlers.

Hetmyer was expertly caught on the long-on boundary by Steve Smith, taking the ball above his head and then throwing it in the air before his momentum took him beyond the boundary before jumping back in to play to complete the catch, but by then the target was down to 20 runs from 32 balls.

Delport wasted little time in launching his first six of the night back down the ground off Chemar Holder and then carving the winning boundary as the Warriors cruised home.

The Tridents had needed successive 50 partnerships for the fourth and fifth wickets to post any kind of total after slumping to 39/3 inside the Power Play. 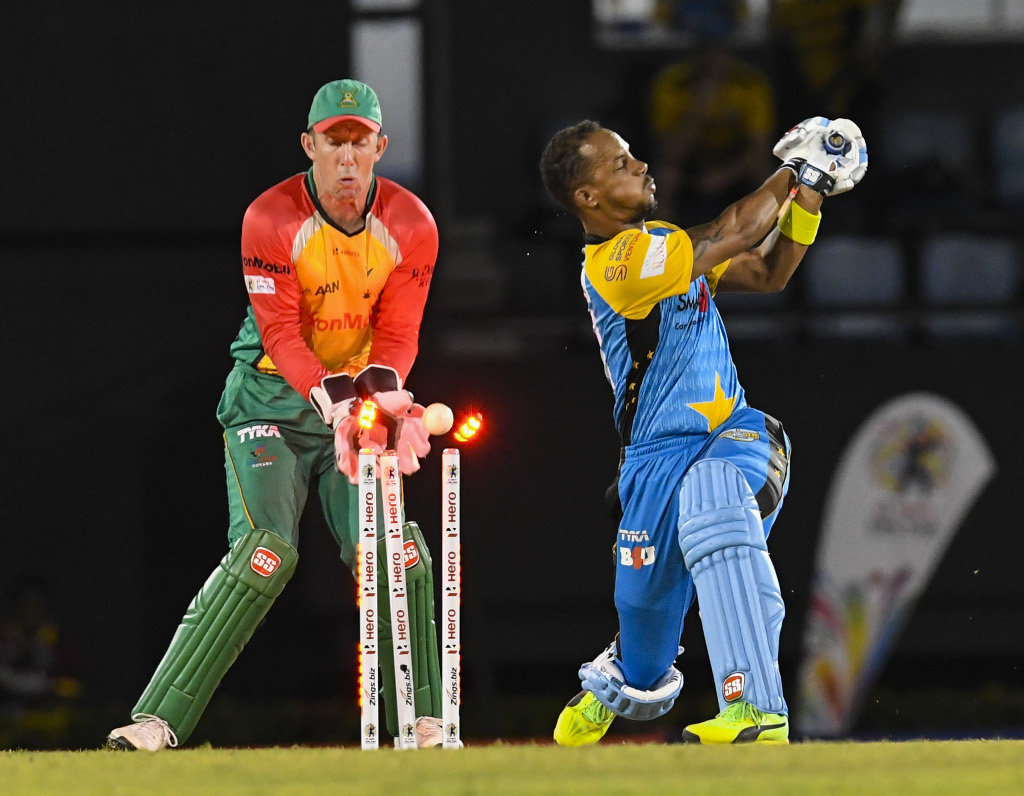 Steve Smith anchored those two partnerships with a 33-ball 40, with first Shai Hope (34 off 24) and then most impressively Nicholas Pooran (46 off 27) playing the big shots around him.

It was a solid effort after Roshon Primus’ double-strike had checked the Tridents.

With Martin Guptill already gone, caught off Sohail Tanvir trying and failing to clear mid-off, Primus took out two big wickets with successive deliveries in his first over. Dwayne Smith had looked back to his best in racing to 28 from 15 balls on his return to the side before flicking the ball into the hands of Hetmyer at deep square-leg, with Hashim Amla then deceived by a slower ball and chipping a simple catch to cover.

And it was Primus again who ended Hope’s innings just as it appeared on the cusp of becoming a really telling contribution, a bullet one-bounce throw from the deep leaving the batsman well short of completing an optimistic second run.

Hope had looked in fine nick, but Pooran carried on where his team-mate had left off. Primus and Tanvir were both hit for maximums – the first of them a one-handed drive over wide long-off and the second a classic pull shot 20 well in front of square and deep into the stands.

Steve Smith finally fell to a well-judged catch from Chris Green diving forward at long-on to hand Tanvir a second wicket before Pooran was one of two wickets to fall at a cost of just four runs in an excellent closing over from Imran Tahir.