Washed out in Christchurch 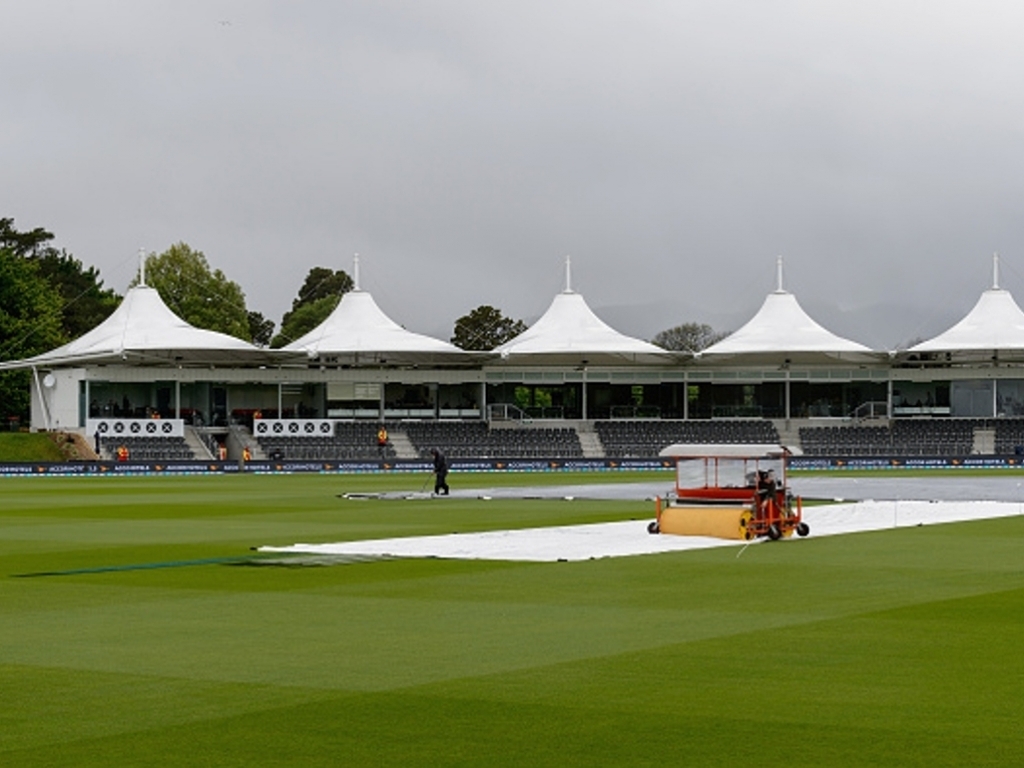 The opening day of play in the first Test between New Zealand and Pakistan from the Hagley Oval in Christchurch has been washed out after persistent rain kept the covers on.

The Black Caps Jeet Raval had been set to make his Test debut but will have to wait for his first taste of cricket’s ultimate format.

The forecast for tomorrow is a little more positive than today with weather.com setting the chance of rain at just 10% with temperatures rising from the low teens to a high of around 17 degrees centigrade.

Play will start 30 minutes early on each of the remaining four days after the umpires called play off shortly before tea today.

The sun did make a brief appearance after lunch allowing the Pakistan players to conduct a game of football as a warm up but it didn’t hold and the umpires S Ravi and Ian Gould had no alternative but to call play off.

Pakistan have been unable to get any time out in the middle on this tour due to the weather with their three day warm up game being washed out in Nelson in the lead up to the Test.

The tourists have an excellent recent record in the land of the long white cloud having not lost a Test series there since 1985.