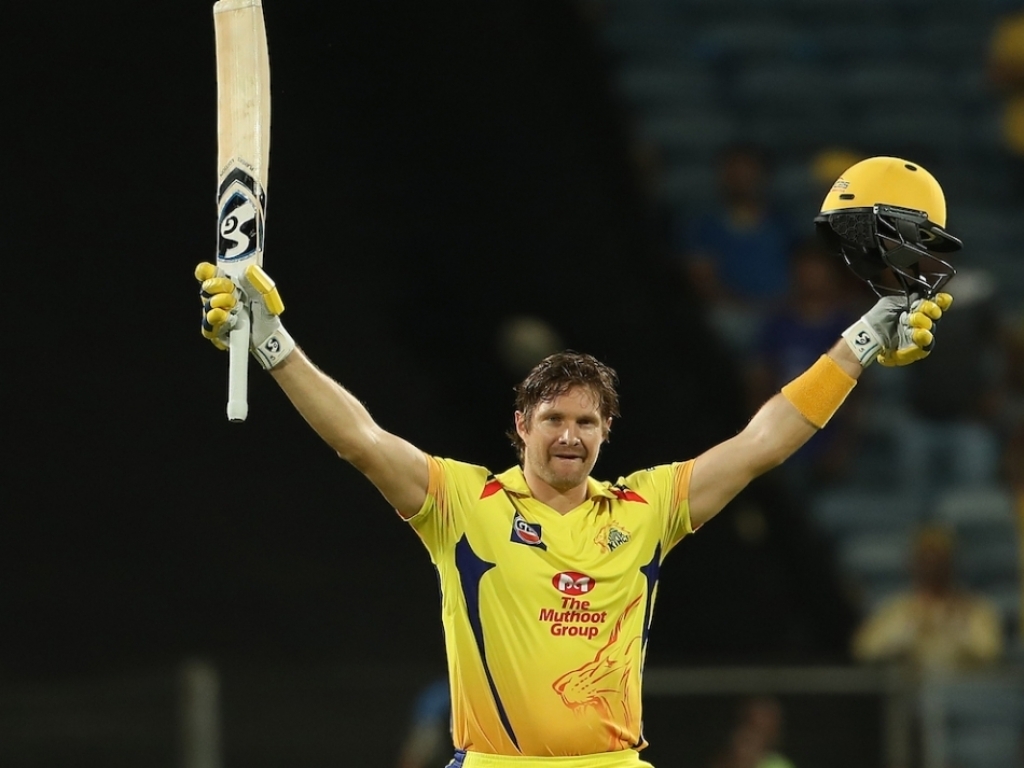 A brilliantly crafted hundred from Shane Watson allowed the Chennai Super Kings to post 204 for 5 which was enough for a 64 run win over the Rajasthan Royals on Friday.

Watson blazed his way to 106 off just 57 balls to help the Super Kings to an imposing total after the Royals put them in to bat and Ben Laughlin removed Ambati Rayudu (12) early.

Suresh Raina (46) provided excellent support to Watson and the pair shared an 81 run second wicket stand that gave the rest of the batsman license to take on the bowling.

Shreyas Gopal was the pick of the Royals bowlers returning figures of 3 for 20 from his four overs.

The Royals needed a good start if they were to chase down the enormous target but Deepak Chahar had other ideas.

Chahar knocked over Ajinkya Rahane (16) and Sanju Samson (2) after Shardul Thakur made the initial breakthrough when he castled Proteas wicketkeeper batsman Heinrich Klaasen (7).

Ben Stokes (45) and Jos Buttler (22) revived the Royals hopes when they came together but Bravo’s (2/16) golden arm accounted for the latter with an off-cutter that he couldn’t get past Imran Tahir at third man.

Stokes would hole out to Tahir five short of a fifty and with him went the Royals hopes of a win.

Jaydev Unadkat (16) had a dip after a string of failure but was bowled by a Karn Sharma top spinner becoming the tweaker’s fiftieth victim in the IPL.

Karn (2/13) wrapped things up with his next ball which was too good for number 11 Laughlin (0) first up.

CSK bowled the Royals out for just 140 to complete a clinical win that establishes them as early contenders for a playoff spot.