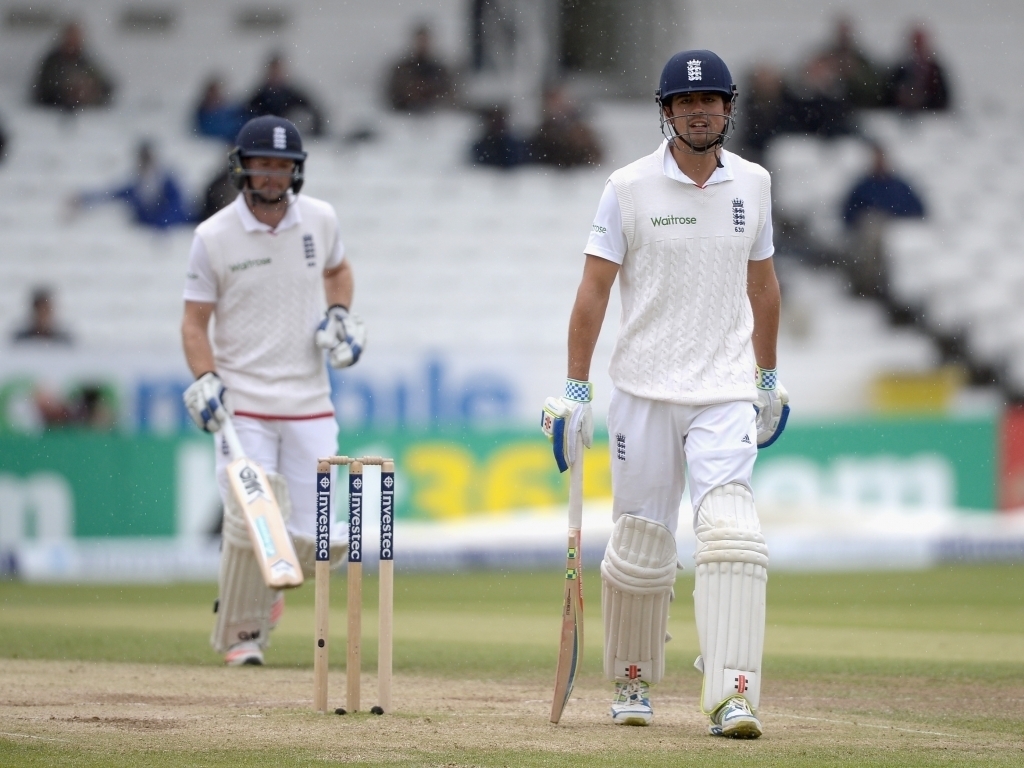 The weather brought an early close to proceedings at Headingley on day four with England on 44 without loss, still needing an unlikely 411 more runs to win. New Zealand will need 10 wickets on day five to level the series, England must bat all day to claim the trophy.

The Black Caps resumed this morning on 338 for six in their second innings after both teams scored 350 in their first knocks at the crease. With the visitors needing a win to level the series they wanted to score quickly to take their lead beyond the 450 mark.

That is exactly what they did, smashing 116 in 16 overs and declare on 454 for eight, giving England a target of 455 to win, which would be new world record chase should the Three Lions achieve it.

BJ Watling, who started the morning on 100 not out, moved on to 120 before he was smartly caught in the gully by Joe Root off the bowling of James Anderson.

Mark Craig and Tim Southee then combined to put on 67 for the eighth wicket in just under nine overs in what was an almost abusive attack on the English bowlers.

After the seamers were carted all over the ground England skipper Alastair Cook decided to introduce spinner Moeen Ali into the attack and the move paid off as Ali had Southee caught at long-on for 40 in just 24 balls.

Craig brought up his third Test fifty and when Matt Henry smashed two huge sixes McCullum decided to call time on their innings with the score 454 for eight, Craig unbeaten on 58.

England negotiated a tricky half an hour before lunch to be at 32 for now wicket at the interval. Only four overs were possible when the players returned before the rain came down and never stopped.

The home side will be determined to bat out on Tuesday and claim the series, the Black Caps ofcourse will have other ideas, weather permitting.