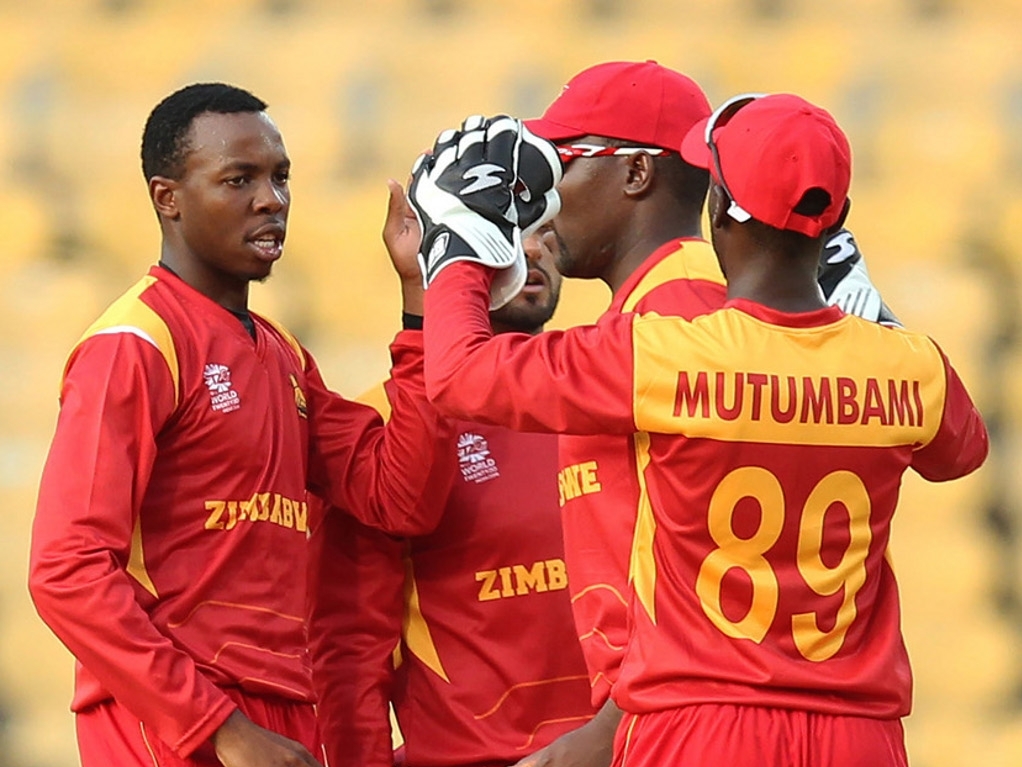 Zimbabwe spinner Wellington Masakadza was key with the ball on Thursday as his four wickets helped his side to an 11-run win over Scotland in their World Twenty20 qualifying match in Nagpur.

Scotland needed 148 runs to win, but were bowled out for 136 in the final over after Masakadza and company did well to defend a middling total, while Scotland's batsmen never really seemed up to the task.

Earlier, Zimbabwe won the toss and opted to bat, looking to use their experienced top order to max effect, but it didn't quite go to plan initially.

The start was slow, with Hamilton Masakadza trying to get the ball away but falling in the fourth over for 12. Vusi Sibanda faced 12 balls but only managed to score four runs before Alasdair Evans removed him.

The highlight of the innings from a Scottish point of view was a catch by Michael Leask to remove Richmond Mutumbami on the ropes. The ball went straight to Leask for an easy catch, but he fumbled it and was forced to make a spectacular diving catch to save it.

He doesn't make it easy for himself! WATCH @leasky29's superb take to dismiss Mutumbami! https://t.co/1WNXN0RZ4Q pic.twitter.com/QaixgIp96t

Sean Williams was the hero for Zimbabwe, recording a half century as they battled back towards a defendable score. He reached his 50 off 31 balls, but was out soon afterwards for 53 to Safyaan Sharif.

The final two overs of their knock saw only 12 runs result, a great effort from Scotland, and they would have been confident of reaching the target and snapping a 20-match losing streak in ICC tournaments.

This hope was quickly smashed as Zimbabwe reduced the Scots to 20 for four inside five overs, thanks to brilliant fielding and dire batting. The highlight was Sikandar Raza's flying catch to remove Kyle Coetzer for three.

Wellington Masakadza and Tendai Chatara took two of those four wickets each, leaving Richie Berrington and Leask to try and save the innings. After the six power play overs, Scotland were on 28 for four.

Leask was only able to make nine runs though, while Berrington did keep the scoreboard ticking along. Preston Mommsen joined him at the crease and they put on a half century stand to keep the game alive with a faint pulse.

But Mommsen fell for 31 to Masakadza, while Sharif was soon out for one, leaving Berrington and Josh Davey with it all to do. And Davey certainly came to the party, hitting boundary after boundary to reduce the run rate.

Berrington was unable to see the side home though, caught out for 36 by Chatara, while Davey fell in the 19th over for 24. As such, Zim needed 19 runs off the final over, and then 12 off three balls, before Donald Tiripano took the final wicket.