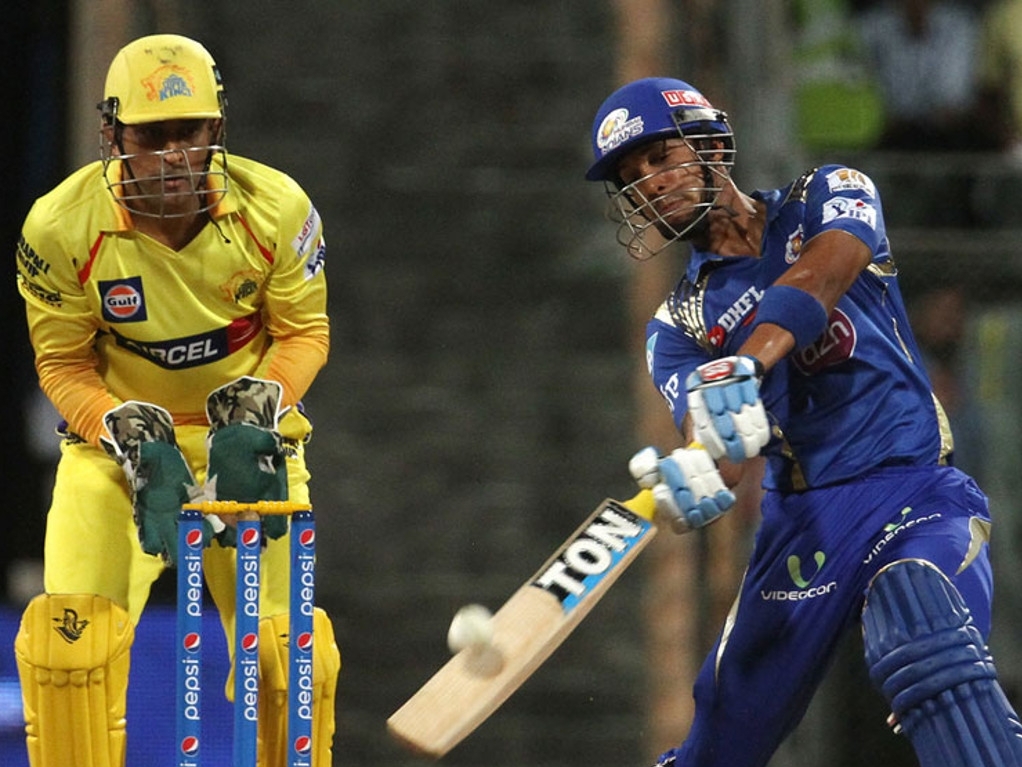 The Mumbai Indians' miraculous turn-around at this year's Indian Premier League continued apace on Tuesday as they advanced to the final, beating the Chennai Super Kings by 25 runs at the Wankhede.

Chennai failed to reach the 188 required, a third of which was scored by Lendl Simmons, the Mumbai opener, despite finishing top of the table after the round robin stage. They were all out for 162 in the 19th over.

Mumbai, who began the tournament in disastrous fashion by losing five of their first six games, defended their total fairly easily in front of their home fans, reaching Sunday's finale, while Chennai must play again on Friday, in the second qualifier.

Mumbai won the toss and opted to bat, and got off to a flying start. West Indies batsman Simmons and local hero Parthiv Patel put on 90 runs for the first wicket, inside 11 overs.

Dwayne Bravo, another West Indian, continued to be the pick of the Super Kings' bowlers, removing Parthiv for 35, Rohit sharma for 19 and Kieron Pollard for 41, but the other bowlers were not as on song, allowing the top four batsmen to get decent scores.

Simmons' 65 was the foundation, and countryman Pollard was the finisher, his 41 coming off just 17 balls. They racked up 187 for six.

The chase started off disastrously for CSK, as Lasith Malinga, who took three wickets in the end, trapped Dwayne Smith LBW for a duck in the first over.

Mike Hussey and Faf du Plessis were left to rebuild, and they took the score to 46 in the sixth over, still behind the required rate. Hussey could only make 16 though, before falling to Vinay Kumar.

Du Plessis continued at one end and watched as Suresh Raina fell for 25, and MS Dhoni was removed for a golden duck. The South Africa number three was unable to continue till the end though, out for 45 and the score on 110.

From there it fell apart for the men in yellow, despite a valiant 23 off 12 balls from Ravi Ashwin, as Malinga and Mitchell McClenaghan's international death over experience came to the fore.