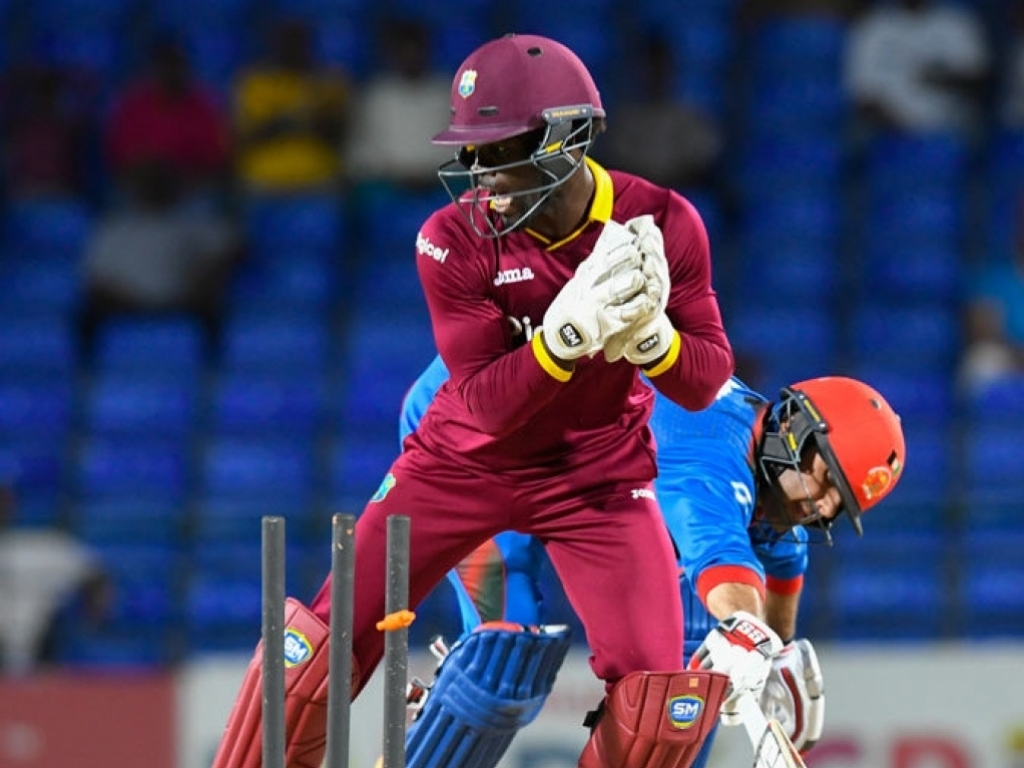 West Indies beat Afghanistan by 29 runs (D/L method) in the second T20 International in St Kitts to wrap up the three-match series with a game to spare.

The Windies won the toss and elected bat first, posting 112/3 after the match was reduced to 15 overs per side.

The hosts were given a great start with openers Chadwick Walton (29) and Evin Lewis (25) putting on 42 within the first five overs while Marlon Samuels contributed 22 batting at number three.

Lendl Simmons added some impetus at the back-end of the innings with an unbeaten 17 from 14 balls as the Windies put a challenging total on a difficult pitch.

Afghanistan had a poor start with the willow and never recovered as they were bundled out for 93 inside 14 overs.

Karim Janat, batting at number six, was the top-scorer for the visitors with 20 while the only other two batsman to make it to double figures were opener Gulbadin Naib (12) and tail-ender Najibullah Zadran (11).

Kesrick Williams was the pick of the bowlers for the home team with figures of 3/11 while captain Carlos Brathwaite weighed in with two scalps.

The third and final T20I takes place at the same venue on Monday before the teams move to St Lucia for a three-match ODI series.