Home Countries India Wickets tumble on both sides in Colombo

Wickets tumble on both sides in Colombo 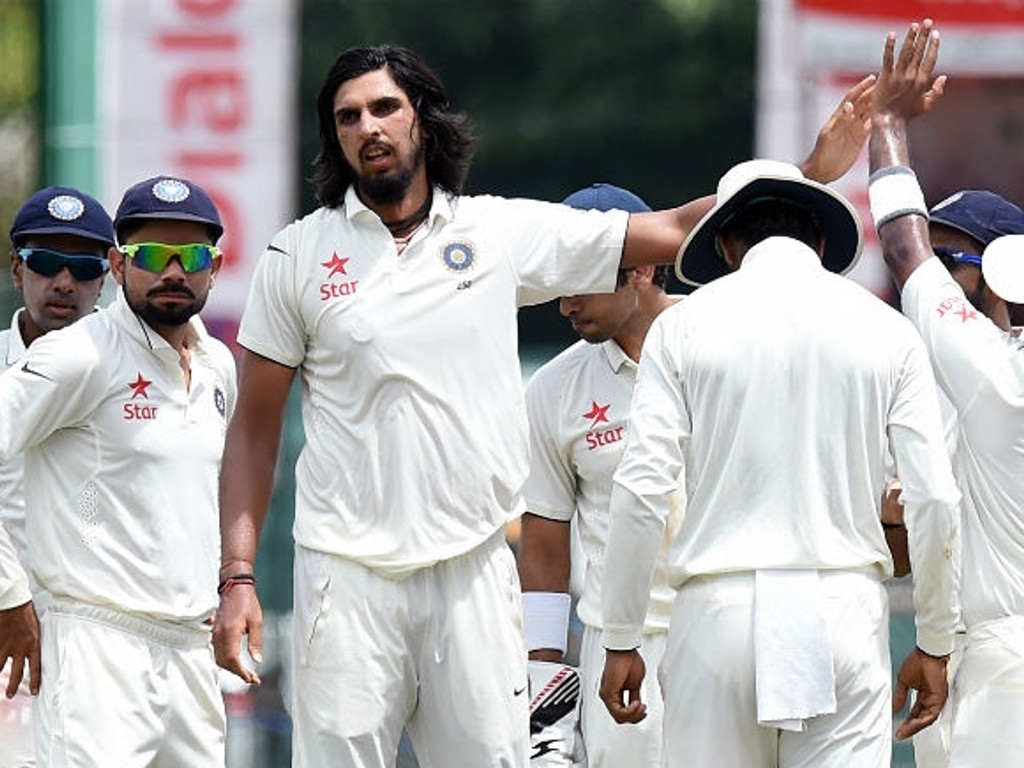 Day three of the third and final Test between Sri Lanka and India was a festival of wickets, as 15 batsmen departed on the day and India reached stumps on 21 for three, leading by 132 runs.

It was India's second innings of the day, as they were bowled out for 312 before lunch, then Sri Lanka were removed for 201. India thus began their second dig after tea with a lead of 111.

The day began with India opener Cheteshwar Pujara still installed on 135 not out, and with two wickets in hand. Rangana Herath made light work of those two scalps, as Pujara ended the knock on 145.

He became only the fourth India batsman to carry his bat, from start to finish in an innings, and was he reason for India's 300-plus score, after they'd been 119 for five at one point.

Sri Lanka's first innings was an utter disaster from the start, they they reached 200 thanks in large part to their taile enders, with Kusal Perera and Rangana Herath making 55 and 49 respectively.

So India thus started their second dig soon after tea, with a lead of Nelson, but got off to a shocking start. They lost Pujara for a duck, and KL Rahul was once again bowled while shouldering arms, for the second time in the game.

Ajinkya Rahane was trapped LBW by Nuwan Pradeep, leaving India on seven for three. Rohit Sharma was on 14 at the close, while Virat Kohli had made one run off 12 balls.