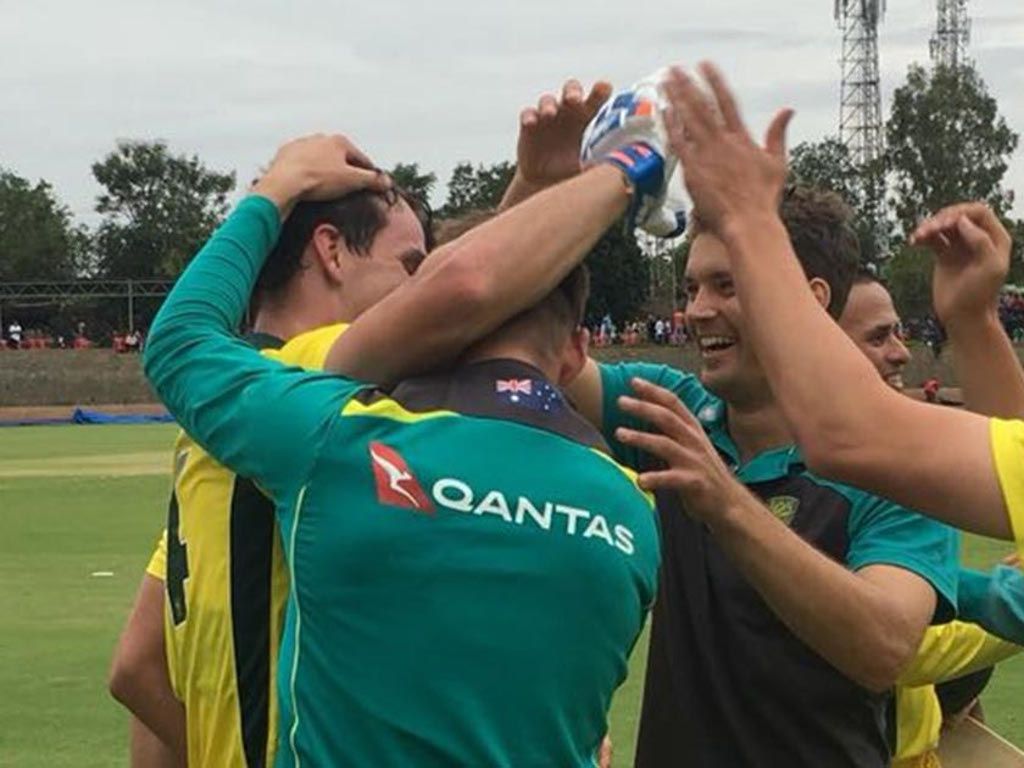 An incredible final-over onslaught from Jack Wildermuth has led Australia A to victory against India B at Alur, and a place in the quad series final.

Requiring 19 from the final over, Wildermuth faced all six balls, and with five needed to win off the last ball he smashed a six over mid-wicket to win the game.

The Queensland all-rounder finished unbeaten on 62 off just 42 balls, as player of the match Usman Khawaja saw the innings through from start to finish with a brilliant century (101 not out off 93).

It will now be a rematch in the final at M Chinnaswamy Stadium on Wednesday, with Australia A to face India B.

Travis Head won the toss and elected to bowl, with Michael Neser (3-47 off nine) the pick of the Australian bowlers as India B captain Manish Pandey (117 not out) reached three figures.

Alex Carey (23) made an impact alongside Khawaja at the top of the order in a 77-run opening partnership, while Marnus Labuschagne (13) and Ashton Agar (15) also made starts either side of the rain break.

But it was Wildermuth and Khawaja who held their nerve in thrilling finish, as the run rate crept up to 11 an over with six overs to go, and then 28 runs needed off the last two overs.

The first two balls of the final over went for two runs each, followed by a four and another two.

With nine needed off the final two balls, Wildermuth found the boundary on both occasions – a four followed by a maximum with Australia A finishing their 40 overs at 5-248 to win by five wickets.