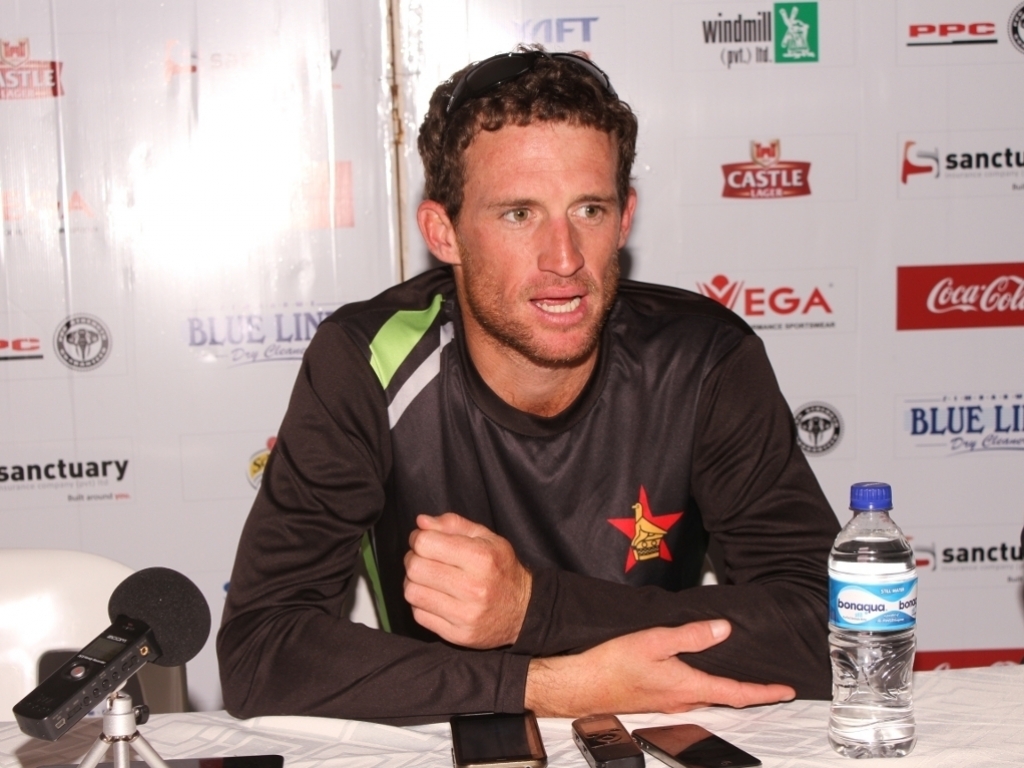 A superb century by Sean Williams followed by four wickets from Graeme Cremer were the leading performances as Zimbabwe A completed a comfortable victory over Canada by 78 runs at Harare Sports Club on Thursday.

Zimbabwe A brought in the national captain Cremer and Donald Tiripano to replace Nathan Waller and Chris Mpofu.

Canada were depleted as they lacked their best batsman, the injured 17-year-old Bhavindu Adhihetty, and their best bowler of the first match, Satsimranjit Dhindsa, who was strangely being rested and was to be sorely missed.

It was again a bright sunny morning as Zimbabwe A won the toss this time and decided to bat first on a pitch that was in good condition, but took some turn.

Solomon Mire and Chamu Chibhabha again opened the Zimbabwe A batting, to the bowling of Mark Montfort and the leg-spinner Junaid Siddiqui.

Chibhabha survived a very difficult chance to slip off Siddiqui before he had scored, and only four runs were scored in the first four overs before Chibhabha off-drove a ball from Montfort handsomely to the boundary, followed by another two fours in the same over.

Chibhabha now began to go on the rampage, driving and pulling the hapless bowlers for one four after another.

Mire soon decided to join the party, hitting a powerful straight drive off the new bowler Durand Soraine to bring up the fifty in the ninth over, and immediately followed it with a six into the sightscreen.

It came to an end when the party-pooper Saad Bin Zafar came on to bowl and, without waiting to have a look at him, Chibhabha tried to hit his first ball for six and only skyed it to mid-on.

The loss of his partner broke Mire’s stride – he went into his shell and two overs later edged a ball from Zafar to the keeper, having scored 22 off 36 balls and the total was 64 for two in the 12th over.

Sean Williams now joined Sikandar Raza, and it took them a while before they felt confident enough to take charge of the bowling.

A pull for four by Williams off Nikhil Dutta brought up the hundred in the 22nd over.

The batsmen scored neck and neck through the thirties and forties, and Raza was slightly ahead, by 47 to 44, when he received a juicy full toss from Siddiqui and obligingly hit it straight back into the bowler’s midriff.

Williams made no such error, and soon afterwards brought up his fifty off 68 balls, with P J Moor as his new partner.

Again a short period of consolidation was followed by an onslaught.

The 200 came up in the 40th over, making 300 an outside possibility, a rare achievement on the Harare Sports Club ground.

Moor, however, holed out at long-on, aiming for a second six, when he had scored 20, the score then being 218 for three in the 42nd over.

With Malcolm Waller as his new partner, Williams progressed rather more cautiously through the nineties and reached a fine century off 106 balls.

This did cause some loss of momentum, though, with 250 only being reached in the 48th over.

However, 18 runs came off the 49th over, bowled by Soraine.

Montfort, already expensive, was a risky choice for the last over, but his penultimate ball removed Waller, caught on the midwicket boundary for a well-hit 32 off 22 balls.

Timycen Maruma nudged the only delivery he faced for four, so the total finished on 285 for five wickets; Williams was unbeaten with 114 off 112 balls, his excellent innings including 14 fours.

Zafar was the best of the Canadian bowlers, with two for 39, but he only bowled eight overs.

Montfort took two wickets, but they cost him 66 runs in nine overs.

When Canada batted, Tendai Chatara and Tiripano opened the bowling to Srimantha Wijeratne and Soraine.

The batsmen were adept at picking up ones and twos, though obviously they would be aware that much more than that would be needed for victory.

The bowlers were unable to trouble them unduly, but the first wicket went down in the ninth over at 31, when Wijeratne (15) slashed a ball from Chatara high over the slips, but straight to the fielder at third man.

With Navneet Dhaliwal in, the batsmen began to look more actively for quick runs against bowling that was not as consistently accurate as was desirable, while Chatara overdid the bouncer.

Wellington Masakadza was bowling well and finding some turn, and he had his reward when he trapped Soraine lbw for 19; 53 for two in the 14th over.

Dhanuka Pathirana (23) put on a useful partnership of 39 with Dhaliwal, and then was caught in the deep off the bowling of Cremer; 92 for three in the 23rd over, with the required run rate rising slowly but surely to seven an over.

Dutta came in next, but scored only three before being trapped lbw to Cremer at 98 for four.

Dhaliwal, trying to increase the run rate, was next to go, like Pathirana caught in the deep off Cremer, for 39, at 127, and four runs later Zafar went for 18, top-edging a sweep to fine leg.

The score was now 131 for five in the 32nd over, and the required run rate well over eight.

Cheema boldly hit Cremer for four, but then a quicker ball breached his defences and bowled him out at 135 for seven.

With the required rate now rising to more than 10, Hamza Tariq and Varun Sehdev began to hit out with probably a mixture of boldness and desperation.

Tariq in particular hit Raza for six and four off successive balls, and then, facing Masakadza, hit two sixes and a four in three balls.

Montfort made one before he had his stumps scattered by a yorker from Chatara, but the last pair of Sehdev and Siddiqui took the score past 200.

Sehdev’s was the final wicket to fall, as he tried to drive Tiripano straight for six, but was caught by long-on running round, and the innings was over for 207, with Siddiqui two not out.

Cremer with four for 27 from the middle order was the most successful bowler, while Chatara took two wickets.

The final match of the series takes place again at Harare Sports Club on Friday, starting at nine o’clock.