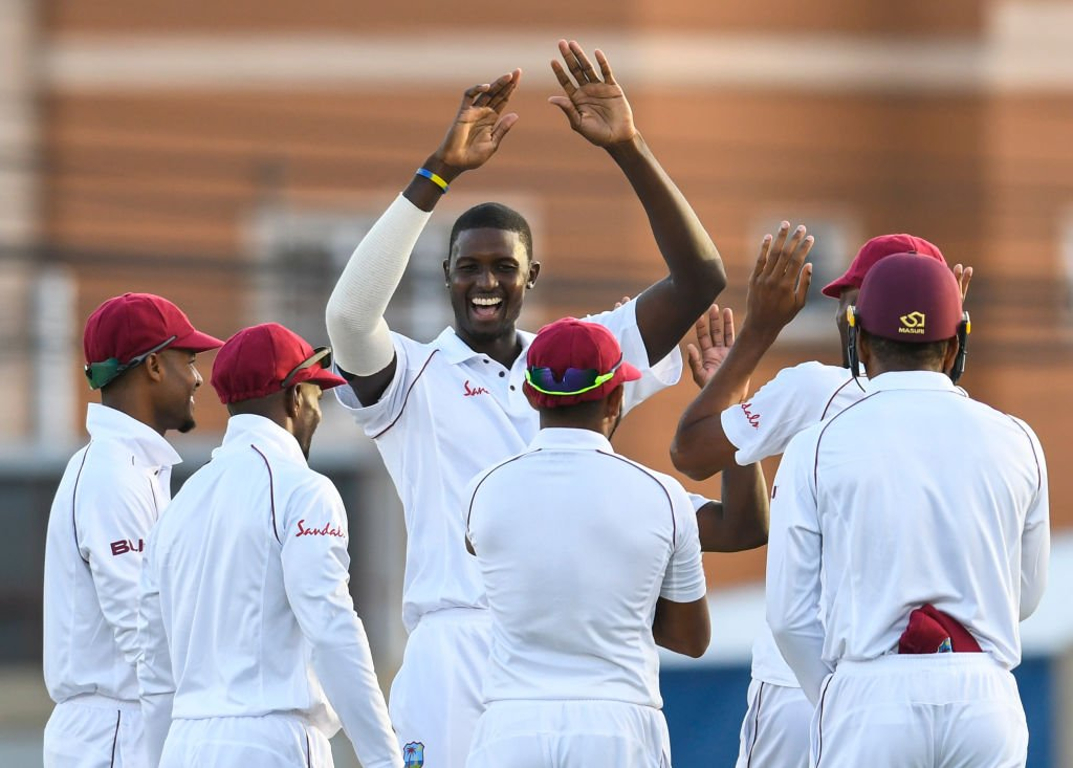 The West Indies are well on top after the third day of the first Test having bowled Sri Lanka out for 185 before rejecting the follow-on and inflicting further damage with 131/4 to take their lead to 360 runs at stumps on Friday, June 8.

The hosts had posted 414/8 in their first innings before Sri Lanka slipped to 31/3 heading into day three – a day the hosts would also end in high spirits. Only two West Indies batsmen were dismissed for less than 38 in their first innings, but Sri Lanka did not find the conditions as comfortable. They dug in at times, and flashed riskily too, but never looked fluent or particularly confident that they could touch the host’s total.

Early on, Kemar Roach angled one down the leg-side, which flicked off the pad of Roshen Silva, whose feet were rooted to the crease, before castling into the Sri Lankan’s stumps. Captain Dinesh Chandimal and Niroshan Dickwella then batted watchfully, quashing some feisty short-pitched bowling on a fast pitch. However, the former, who had made a 121-ball 44, was removed by Shannon Gabriel, with the West Indies quick extracting fierce bounce off a length, as Chandimal gifted a simple grab to point on the stroke of lunch.

Shortly after the break, Dickwella (31) had a moment to forget. He pushed a run to mid-on, which evaded bowler Devendra Bishoo, as the Sri Lankan called for an easy single. Kraigg Brathwaite, however, scrambled around from mid-wicket, just beating Bishoo to the ball, and proceeded to throw down the stumps. Dickwella had a lifetime to make his ground, but he meandered along, severely misjudging the danger of the situation, before DRS confirmed his embarrassment.

At 140/6, it was a needless wicket that had exposed the tail. Rangana Herath came and went – he mistimed a pull-shot, which was gifted to square-leg, to give Miguel Cummins his first wicket. Bishoo then made it 156/8 when he got Dilruwan Perera caught at short leg. Two wickets left, 258 behind, no recognised batsmen left – things were looking bleak for the tourists.

Bishoo turned catcher to dismiss Suranga Lakmal off the bowling of Cummins, before the West Indies quick (3/39) also removed Lahiru Kumara to wrap up the innings, with Sri Lanka posting just 185 from 55.

In reply, with the score on 31/0, Lakmal bowled Devon Smith, who had looked uncomfortable in the early phase of the West Indies’ second innings, before the umpire signalled a no-ball for overstepping. Sri Lanka’s disappointment was short-lived, as Lakmal repeated the feat, this time legally, to send Smith walking courtesy of an inside edge. It was another missed opportunity for the opener to prove his worth at the highest level.

Dickwella then took an outstanding diving catch behind the stumps, after the impressive Kumara kissed the edge of Brathwaite’s blade to make it 55/2. The very next ball Shai Hope emerged unscathed after a ferocious bouncer, as Sri Lanka began to give Windies a taste of their own medicine. But two thumping straight drives from Kieran Powell confirmed he was up to the challenge.

Hope wasn’t, though. A rising Kumara delivery – he was mightily impressive – flew off his edge to Kusal Mendis at second slip, who took an outrageous diving catch to make it 75/3. That brought Roston Chase to the crease, who dropped anchor, as Powell continued to flourish, bringing up his fifty from just 59 balls, with West Indies on 99.

Herath got Chase for the second time in the Test match with one that kept low, but the Windies batsmen would have left the field confident that their team will secure a 1-0 lead in the series over the remaining two days.