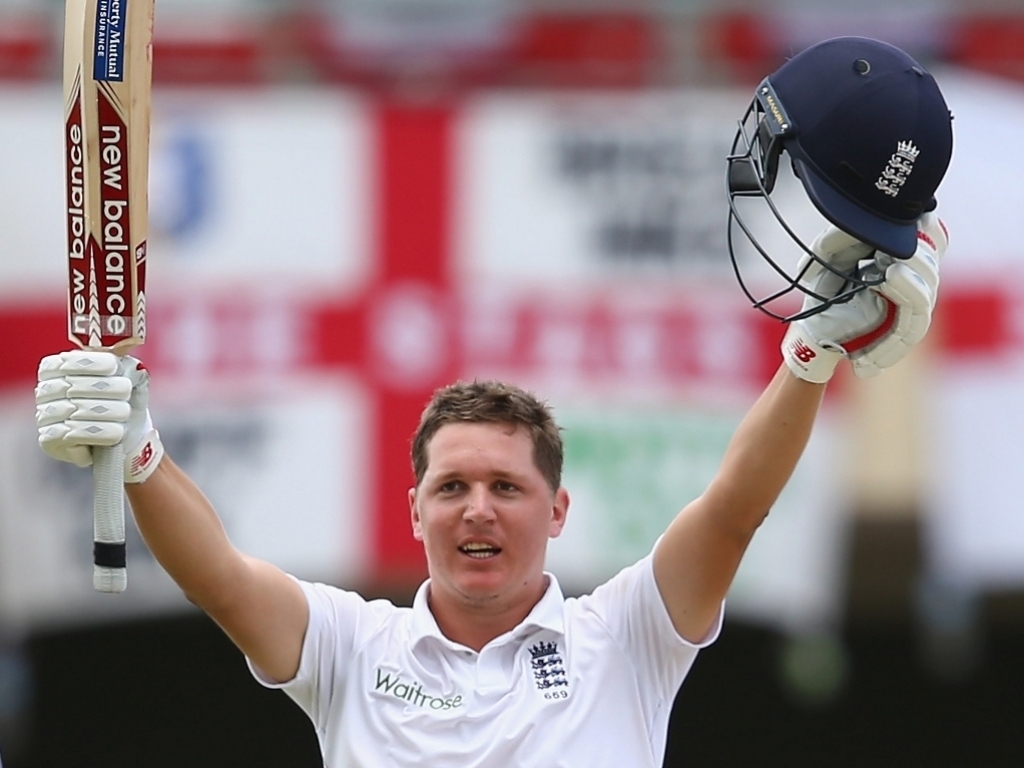 The West Indies managed a brave 98 for two after Alastair Cook set the mammoth task of chasing 438 runs for victory when he declared shortly before Tea on the fourth day in Antigua.

Broad struck immediately before tea when Kraigg Brathwaite (5) fell prey to a well-placed trap but England’s offensive was largely muted by the resistance of Devon Smith (59 not out) and Darren Bravo (32) who kept the attack at bay until Chris Jordan took another absolutely stunning catch at slip to break the partnership twenty minutes before stumps.

England had not looked like finding a wicket anywhere and Jordan’s efforts might see him lauded as the hero of this match, should England finish the job.

Devon Smith has looked like a different player and the opener who has 37 Tests behind him is on his highest score since 2005. Marlon Samuels is the team’s best batsman but will need to apply himself far more than usual if he is to help pull off a great escape. Of course the Mr Chanderpaul, despite his waning stature, is no stranger to the all-day stonewalling vigil that might be required of him.

England had a healthy first-innings lead of 104 runs on which to build and survived a setback on day three of 52 for three, after which Gary Ballance (122) and Joe Root (59) steadied the ship.

Ballance continued at his own pace as he went about calmly nothing up his fourth ton from nine matches but Root, Stokes (35) and Buttler (59 not out) marched to a faster beat as they plundered the placid West Indian bowling and pushed towards a declaration.

Cook earned himself a reputation as an overcautious declarer last summer when he gave his bowlers just one day (90 overs) to bowl out Sri Lanka at Lord’s. The result was an inexorably painful draw as the Sri Lankans survived the day with nine wickets down and would go on to win the series.

Whilst most pundits deemed 400 to be a safe bet on this ground, Cook has dangled something of a carrot by setting a target that is not terrifying in terms of run rate at 3.3 runs per over.

There are those in the oftentimes brutal English press that are beginning to call for Cook’s head and if his bowlers are unable to administer the coup de grace by taking 10 West Indian wickets in 130 overs then you will begin to hear their voices very loudly during the rest of this series.

On Wednesday Cook called for the heaviest looking roller I have ever seen before England’s innings and while his top order had to deal with some nasty quick stuff bouncing off the odd hard crack it appeared a shrewd move in that it might increase the likelihood of the top surface of this good deck exploding with time.

By contrast, local skipper Dinesh Ramdin smartly opted for the lightest looking roller I have ever seen before the fourth innings of the match. The weather has been more cloudy than sunny this week and as such the surface has not dried out as much as expected.

The 22 yard stage has held together well and day five is poised to offer a cracking display of old fashioned Test cricket with all three results alive.