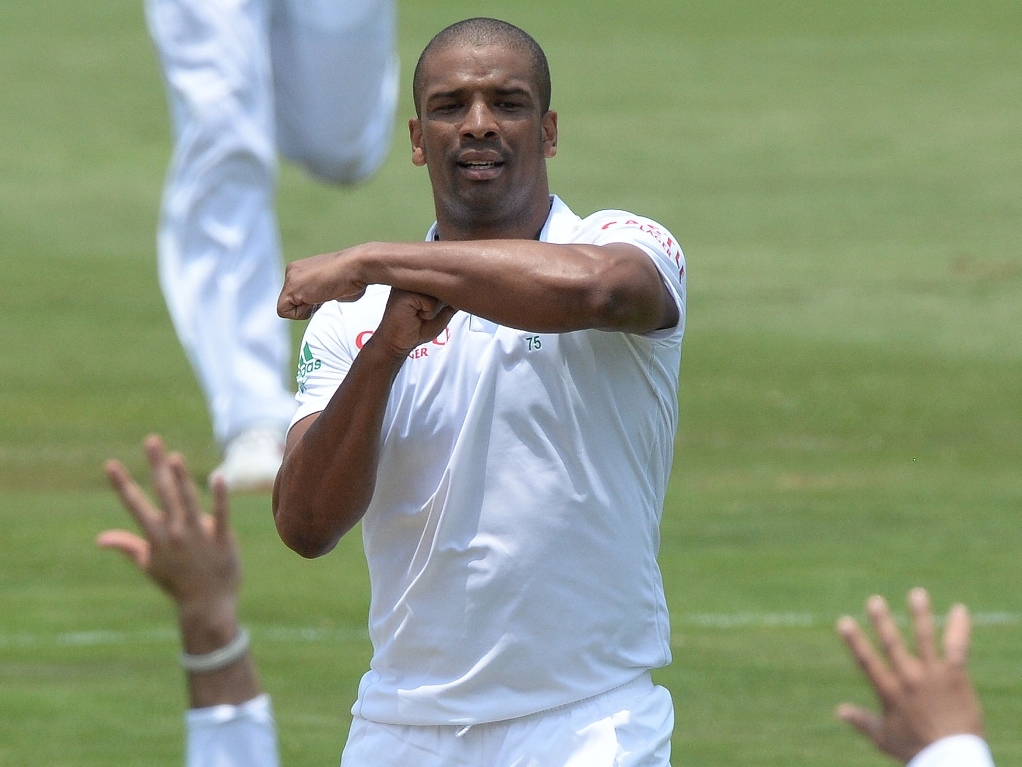 South Africa look set to wallop the West Indies by an innings, inside five days, after they bowled the visiting side out for 201 runs – a first-innings deficit of 341 – and then restricted them to 76 for two at stumps on day three.

The Windies started the day strongly as openers Kraigg Braithwaite (34) and Devon Smith (35) saw off the dangerous new ball and built a solid platform of 72 without loss, but once third umpire Paul Reiffel controversially overturned on-field Aleem Dar's not out decision on a Philander caught behind appeal against Smith, the tourists fell like nine-pins.

Vernon Philander's outstanding line and length discipline rewarded the strike bowler with four important wickets at under two runs per over. It is no surprise that his 120 wickets in only 27 matches have come at the lowest bowling average of anyone since the 1960's.

Leon Johnson (31), Marlon Samuels (33) and their most trusted batsman Shivnarine Chanderpaul (21) all made starts but none of the top five were able to capitalise on having done so as Philander and Morkel (3-55) ran through their first innings batting lineup.

A remarkable statistic which shows the Windies' over-reliance on Chanderpaul was unearthed today: the batsman has watched 502 Test wickets fall while batting at the other end – 52 more than the second man on that list, Rahul Dravid.

South Africa do not usually enforce follow-ons but with their bowlers having bowled only 60 overs in relatively cool conditions, captain Amla decided to do so and reduce the risk of not leaving enough time to bowl the opposition out again, especially given the uncertain weather forecast for the remainder of the match.

The Proteas did not bowl with the same intensity after Tea but with such a strangle on the game, Amla seemed more concerned with managing his players' fitness  and speeding up the side's poor over rate.

At one stage, four substitute fielders were on the field and in an attempt to get through quick overs, part-timers Dean Elgar and Stiaan van Zyl bowled a combined 13 overs in the gloaming.

Wicketkeeper Quinton de Kock rolled over his ankle at practice before the day's play and he did not take the field but it is not believed to be a serious injury.

The atmosphere was lively as a good crowd gathered to watch the nation's best seamers attack the hapless West Indian batsmen and a fair crowd is expected again tomorrow despite the one-sided nature of this contest.

South Africa need eight wickets to close out this Test match and their counterparts need 276 more runs to make their hosts put on the pads again.