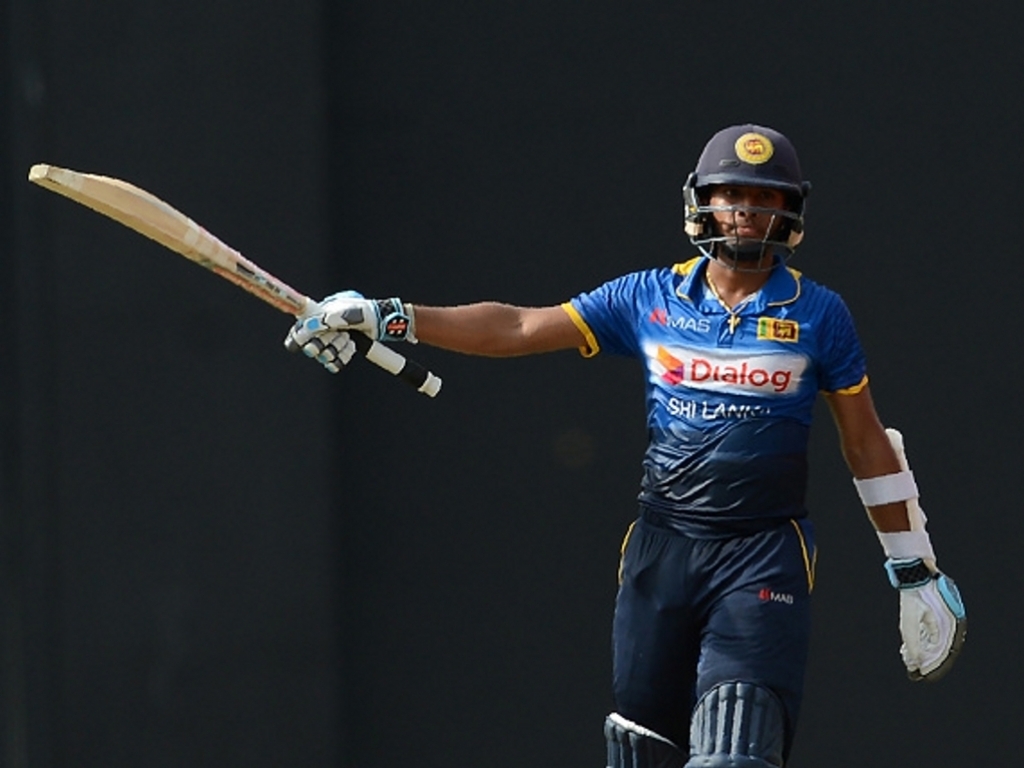 There are crazy games of cricket and then there are matches involving the West Indies.

The Queens Sports Club again provided a handsome venue for a match that West Indies should have won but they somehow stuttered in the final over as Sri Lanka defended 330/7 by the narrowest of margins, a single run.

The Windies have attempted to chase scores of 300 or more on 30 occasions and, astonishingly, they have never won a single one of them.

The hoodoo looked sure to be broken so many times during the pursuit of a big score on a flat wicket today but three run-outs and all manner of bad decisions when it came to the business end of the drama resulted in Sri Lanka taking the final berth that was on offer to both sides today.

Holder won the toss on a beauty of a track at this lovely ground but he opted to bowl on account of the fact that huge drought-breaking rains earlier in the week gave the wicket a green tinge.

Gabriel (1-29) struck early as he shattered Perera’s (7) middle stump but the innings did not lose momentum again as Gabriel pulled up injured after five overs and de Silva (56) got going with Dickwella (94) in a 105-run partnership.

Mendis (94 off 73 balls) then made merry as he too got close to a century at frenetic pace and helped to power the total well over the 300-run mark.

Holder (3-57) picked up a couple of a couple of wickets near the end but not before cameos from Tharanga (26) and Pathirana (24) had added to the party.

331 was never going to be an easy chase but the pitch played better and better and Evin Lewis (148), who should have been named man of the match put up the most spirited fight.

He and Charles (26) put on 63 for the first wicket and Kraigg Brathwaite (16) hung around for another 50 runs of the chase. At 175/2 in the 30th the Windies seemed completely in control but the successive run-outs of Hope (25) and Carter (6) derailed the progress.

Powell (10) was LBW to Kulasekera (2-73) ten minutes later and the probable had turned improbable. Captain Holder (45 not out) assumed the responsibility of getting the job done with Lewis and at 261/5 after 40 overs only 70 runs were needed off the last ten.

Sensible batting would have got most sides home but the West Indies have a habit of making it exciting and soon after Lewis struck his fourth six, he was run out thanks to a mix-up that could be blamed on his captain.

Carlos Brathwaite (19) and Holder took things past 300 with six wickets jdown and the required run rate at 7 or so to the over but Brathwaite and Nurse (2) were out in quick succession and number nine, Benn (11) was off-strike when 10 runs were needed off the final over.

Jason Holder, perhaps foolishly, took a single off the first ball and Benn, against all common sense began to swing for the hills instead of getting his captain back on strike. The rest of the over read: dot ball, six, dot ball, wicket, 1 run.

A thrilling game thus ended so bitterly for West Indies, who will play Zimbabwe in a virtual semi-final on Friday.