Windies on top despite Cook’s century 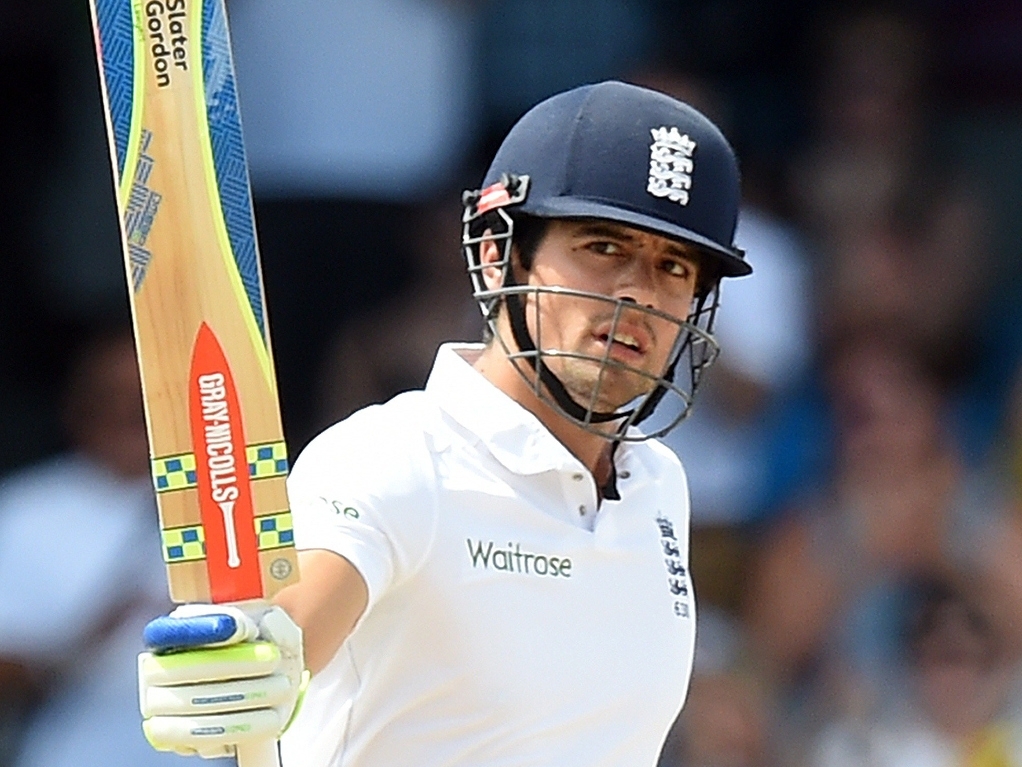 The West Indies took the honours on an intriguing first day of the last Test as England failed to survive hiccups and got to stumps on 240 for seven.

A very handsomely compiled century by captain Alastair Cook (105) was the highlight of a fairly ordinary effort by his countrymen with his bat but he could not carry his bat for the day and was caught behind off Marlon Samuels on the last ball before stumps.

Cook won a good toss on a pitch so dry that it looked ready for play a couple of days before the Test. That the groundsman could not serve up something more lively for a Test that the home side must win in order to level the series was bizarre, especially given the fact that the West Indies have been forced to pick their third choice spinner, Veerasammy Permaul, after Sulieman Benn was dropped and Davendra Bishoo cut his finger by bowling so many overs in Grenada.

The dry surface offered a great deal more bounce than the very dull offerings in Antigua and Grenada but that is not saying much of a pitch that offered assistance to the spinners on day one.

The England side was unchanged from the team that pulled of a late win in the second Test while the West Indies made two other changes: Jerome Taylor returned from injury to take the place of a below-his-best Kemar Roach, and Shai Hope was given his debut chance with the bat as he replaced opener Devon Smith, who has been given many chances in his 38-Test career where he has averaged only 24 with the bat.

Despite the pitch appearing to be very good for batting, the Windies have dismissed England's top seven batsmen and will fancy that they can run through the last three and then do better on the surface themselves and notch up a handy first innings lead, thereby giving themselves their best chance to level what has been a gruelling series.

England stuttered out of the blocks to 38 for three after Jonathan Trott (0),  Gary Ballance (18) and Ian Bell (0) all failed to get going. Two poor shots and one excellent ball by Jason Holder (2-34) was all it took to silence a boisterous full house of English holidaymakers at the Caribbean’s best ground, the Kensington Oval in Bridgetown.

Trott's disappointing duck, his third from five innings so far this series, will certainly spell the end of a 51-Test career that had many great highs and sadly ends on a great low. A respectable second innings might salvage some pride for a sportsman who has struggled mentally to cope with the demands of international cricket in recent times.

Apart from one mediocre innings in Grenada, he has not looked good enough to play for his country and the poor shot to a relatively harmless short ball from Shannon Garbriel (2-36) did nothing to vindicate the selectors' decision to give the batsman another chance at the top level.

Ballance got a great ball from Holder and was bowled and Bell was also out to the same bowler, without scoring. The in-form Joe Root (33) and Moeen Ali (58) helped with the rebuild and at 190 for four England were largely out of the woods but another runout for Ali, his second in as many innings this series, ended a 98-run partnership that threatened to put England very much in the driving seat.

Ben Stokes (22) then picked out gully and Cook's edge at the end of a long day in the middle represented a momentary lapse of concentration that may prove fatal in a fight where the West Indies will very much feel they have drawn first blood.

The highs and lows of sport are obvious but the look of delight on Cook’s face as he cracked the ball to the rope to bring up his ton and the crowd erupted in unison could not have been more different from the disappointment in his eyes as he gave his wicket away.

It was a sparkling captain’s innings, punctuated by splendid pulls to the boundary off off fast bowling, that did more than just announce to the world that he was back to the top of his game.

The West Indies bowled and fielded with spirit and credit must be given to Marlon Samuels (1-51) who kept the pressure on from one end for much of the day as he bowled 26 overs of spin at under two runs an over.

Another full house is expected for day two, which is also sold out, and it is wonderful for once to be present at a Test match in the West Indies where there is a real sense of occasion.