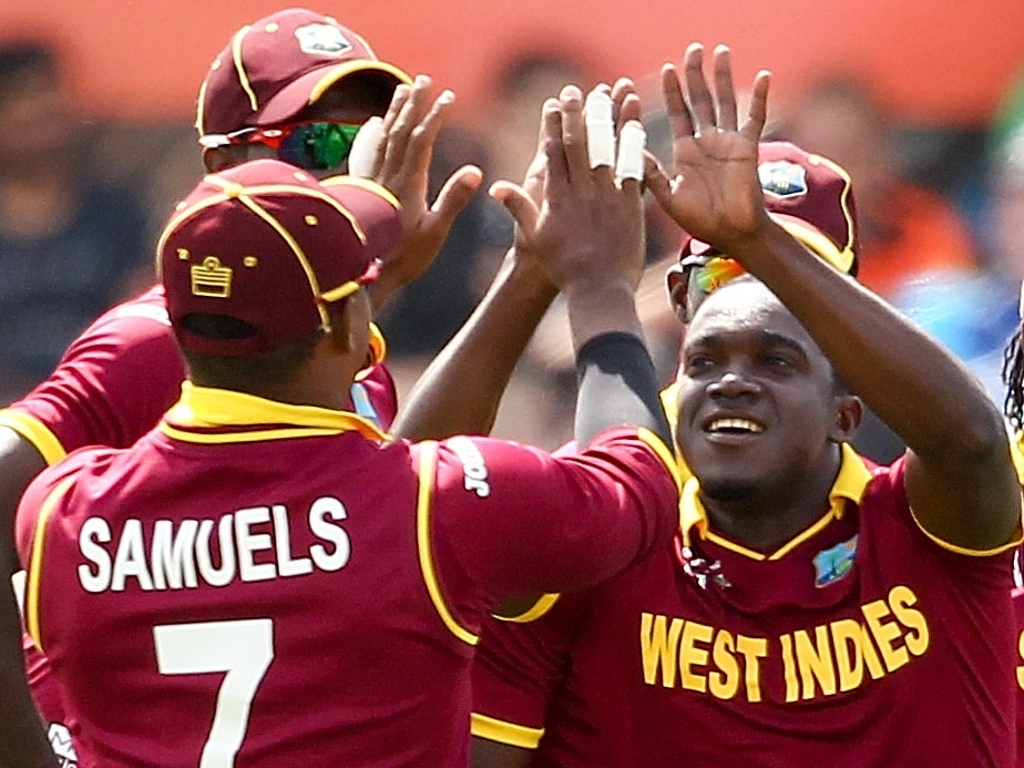 The West Indies managed to restore some lost pride, and pick up two points, on Saturday when they beat Pakistan by a whopping 150 runs in their World Cup group clash at the Hagley Oval in Christchurch.

The Windies posted 310 for six, with oddly no-one getting a century. In fact, the top score was 51 by Denesh Ramdin, the lowest top score in an ODI innings to pass 300. Pakistan were then all out for 160.

Pakistan won the toss and opted to field, thinking to deny the Windies a chance to chase, which they are very good at. The plan seemed to work well initially, as Chris Gayle was removed for four by Mohammad Irfan.

Dwayne Smith fell with the score on 28, seemingly triggering a collapse, but Marlon Samuels and Darren Bravo had other ideas, pushing the score into three figures. Samuels made 38 off 52 balls before becoming one of Haris Sohail's two wickets.

Bravo was forced to retire hurt with his score on 49, when he seemed to pull a hamstring. Earlier, he had been struck by a bouncer, and had also been dropped by Shahid Afridi. Jason Carter fielded for him later on.

Ramdin then picked up the pace and made his fifty at better than a run per ball, but was unable to make it a big one as he was removed by Haris Sohail as well. This left Lendl Simmons to continue the charge.

Simmons, who had done well against Ireland too, scoring a century, added a half ton to his records here. He made 50 on the dot, off 46 balls, before being run out by Sohail Khan and Umar Akmal.

The score passed 300 thanks to a smashing cameo knock from Andre Russell, who rained boundaries. He hit 42 not out off just 13 balls, including four sixes. Darren Sammy's 30 not out was also vital, even though they didn't need all those runs in the end.

Pakistan's top order failed spectacularly, with the scorecard resembling binary code, all zeroes and ones. Jerome Taylor was the chief destroyer, bagging Nasir Jamshed and Younis Khan for ducks in the first over.

Taylor also sent Haris Sohail packing for a duck, and then Ahmed Shezhad was out for one to Jason Holder, leaving Pakistan reeling on four down for just one run, an astonishing turn of events.

They had little chance of recovering from there, though half tons from Sohaib Maqsood (50) and Umar Akmal (59) prevented an all out for double figures. Russell joined Taylor in claiming three scalps, removing Misbah for seven, and then Umar and Wahab Riaz.

Pakistan have now lost two out of two, while the Windies have done their net run rate a lot of good here, on top of getting some points on the board.