Home News WIndies still well under the cosh in Galle

WIndies still well under the cosh in Galle 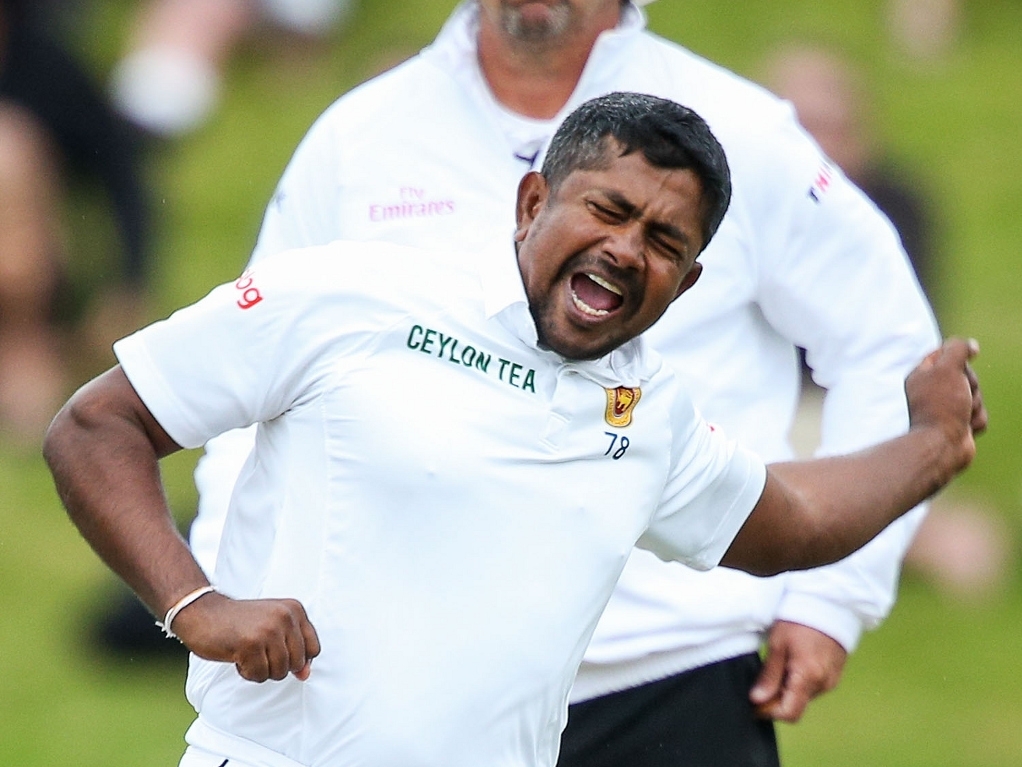 The West Indies were in a perilous position at stumps on day three of the first Test against Sri Lanka, reaching 67 for two while following on, after Sri Lanka dismissed them for 251 earlier in the day.

Sri Lanka had made 484 in their first dig, so the visitors were well short when Rangana Herath took their final first innings wicket. He ended with six wickets for just 68 runs. At the close, the Windies still trailed by 166.

The day began with Darren Bravo and Marlon Samuels in the middle, and the Windies on 66 for two. Samuels was only able to add four runs to his tally before he was bowled by Herath for 11.

Bravo and Jermaine Blackwood then tried to mount a defence and put on 41 runs together, before Blackwood was sent packing. He too had made 11 runs, but used up 37 balls. Bravo continued on to a half century.

By lunch though, Bravo had departed too, for 50, also to Herath. He was caught by Dinesh Chandimal. who was not behind the stumps in this match. This left Denesh Ramdin and captain Jason Holder to continue in the afternoon.

They put on a stand of 32 together, trying hard to combat the Galle spin, but their stand was broken when Holder was caught behind for 19 off Dhammika Prasad. Ramdin followed six runs later, for 23.

There was a wagging of the tail as Jerome Taylor hit 31 off 31 balls, and Devendra Bishoo added 23 not out, but it was far too little too late, as Herath claimed the final wicket of Shannon Gabriel.

As such, Kraigg Brathwaite and Shai Hope came out to bat again, and the latter could only add six runs to the deficit before he fell to debutant Milinda Siriwardana, bowled.

Brathwaite was trapped LBW by Herath for 34, bringing Bishoo to the middle as night watchman. He was on six at the close, while Bravo had reached 20.