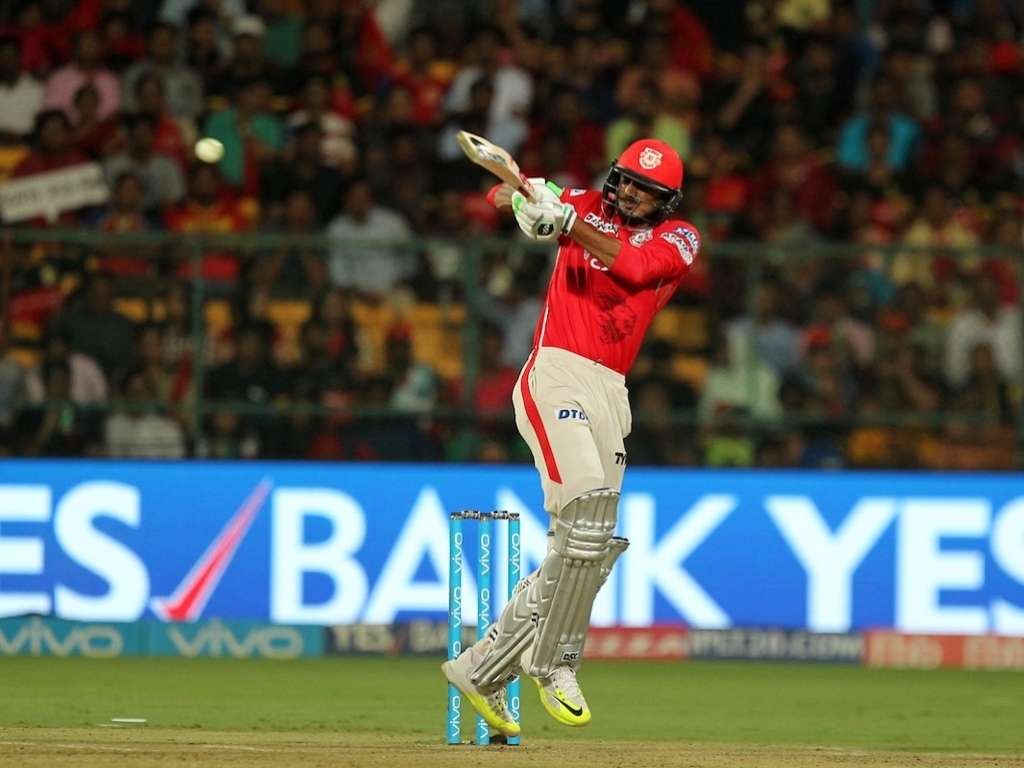 It is hardly surprising given the season they have had but the Royal Challengers Bangalore have failed to chase down a modest total posted by the Kings XI Punjab.

The Kings XI posted just 138 for 7 in their 20 overs but RCB slumped to 119 all out in reply allowing Maxi’s men to stay alive in the competition.

The Punjab franchise struggled with bat in hand as their overseas professionals all faltered.

Hashim Amla (1) and Martin Guptill (9) were early casualties while Shaun Marsh’s 20 was the best effort by an overseas player.

Manan Vohra (25) and Wriddhiman Saha (21) got the Kings XI back on track through the middle overs but they will have to thank Axar Patel and his 38 not out off 17 balls for the fact that they had anything at all to bowl at.

Aniket Choudhary was the pick of the RCB bowlers with his figures of 2 for 17 from four overs including the prime wicket of Amla up front.

The RCB effort was again a litany of failures with Sandeep Sharma (3 for 22) accounting for Chris Gayle (0), Virat Kohli (6) and AB de Villiers early on.

Only Mandeep Singh (46) applied himself to the task as RCB increasingly look like they are phoning in their efforts.

Axar put in another shift with the ball ending as the pick of the bowlers with figures of 3 for 11 from his three overs as RCB were bowled out for 119 to lose by 19 runs.

Kings XI Skipper Glenn Maxwell said that they were confident at the halfway stage despite the modest total: “We did really well, the history here gave us some confidence. Axar’s score gave a good total to defend.

“Our bowlers did good job in patches. Sandeep has been outstanding, to get those three (Gayle, Kohli, AB) players out in a whole season is a great effort, let alone in one game.

“We’re close and still want to play better, still a lot of things to come. We were a little bit patchy and didn’t assess conditions as well as we should have. We were looking for a 180-plus score and didn’t go as hard in the last 7-8 overs.”