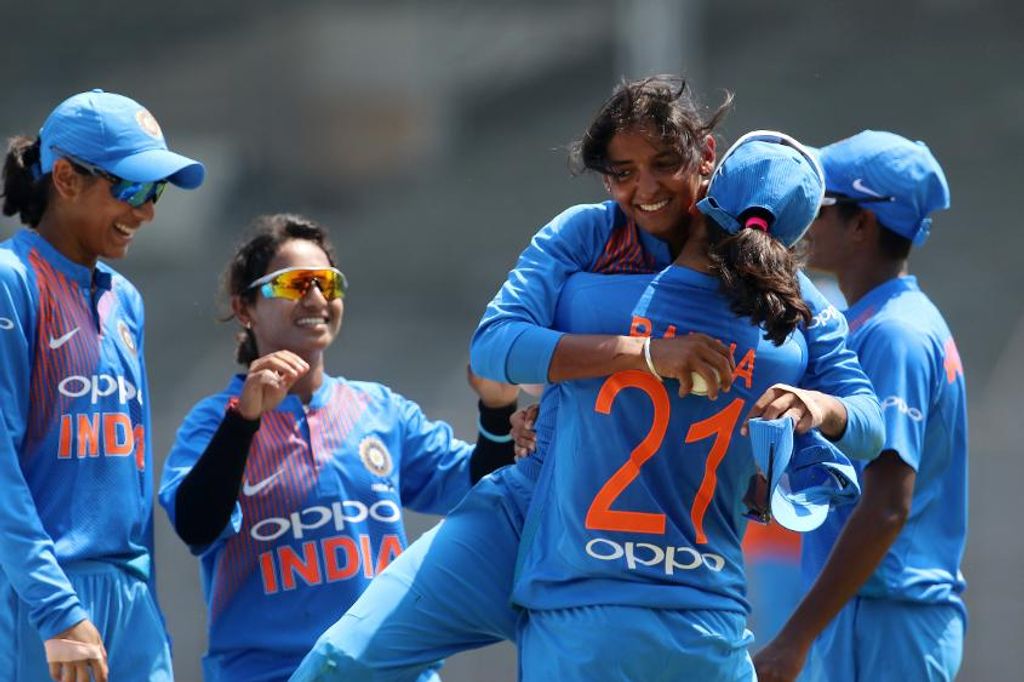 India brushed aside Malaysia with an emphatic 142-run win in their Women’s T20 Asia Cup opener on Sunday in Kuala Lumpur, with hosts bundled out for just 27.

India batsman Mithali Raj missed out on a century, but her unbeaten 97 off 69 balls formed the core of India’s total of 169/3.

The bowlers then ran through the Malaysian line-up, bundling them out for 27 in 13.4 overs.

Pooja Vastrakar, the young India pace bowler, was the pick of the attack, finishing with 3/6 in her three overs.

The leg-spiner Poonam Yadav took two wickets in two overs without conceding a run, while Anuja Patil, the off-spinner, returned figures of 2/9.

No Malaysian batter got into double figures and six of them fell without opening their account.

Sugandika Kumari (3/17), Udeshika Prabodhani (2/6), Oshadi Ranasinghe (2/10) and Inoka Ranaweera (2/15) starred with the ball as Sri Lanka skittled out their opponents for just 63. They then took 14.3 overs to complete the chase.

Sent in to bat, Bangladesh lost their first wicket on the second ball. Prabodhani, the Sri Lanka pacer, had Shamima Sultana, the opener, trapped in front for nought.

Fargana Hoque followed her back in the next over, before Ayasha Rahman and Rumana Ahmed steadied the innings somewhat.

Shashikala Siriwardene accounted for Rahman, who fell after top-scoring for her side with a 27-ball 11, and wickets tumbled at an alarming rate after that. Bangladesh slipped from 35/2 to 37/5 in no time.

Ranaweera and Ranasinghe ran through the middle order, as Bangladesh were bundled out in 19.3 overs.

In reply, openers Yasoda Mendis and Nipuni Hansika were steady for Sri Lanka. They added 39 for the first wicket before Khadija Tul Kubra, the right-arm spinner, castled Mendis for 20.

Anushka Sanjeewani was ran out by Nahida Akter for just 2, Kubra had Hansika leg before wicket for 23 and Hasini Perera bowled for 6 in consecutive overs, but without many runs on the board, even the mini-collapse couldn’t help Bangladesh.

Rebeca Vandort and Nilakshi de Silva knocked off the remaining runs without any fuss. Kubra finished with figures of 3/13.

Pakistan Women registered a comfortable eight-wicket victory over Thailand Women in third match of the Women’s T20 Asia Cup in Malaysia on Sunday.

Thailand won the toss and elected to bat first, but were restricted to 67/8 in 20 overs. Pakistan then chased the target down in 13.1 overs while losing only two wickets.

Thailand got off to a decent start as opening batters Nattakan Chantam and Naruemol Chaiwai added 31 runs in 5.3 overs before Sandhu got Chantam caught behind for 17. That triggered a mini-collapse for Thailand as they lost their next three wickets for two runs and slipped to 33/4.

Captain Sornnarin Tippoch and Ratanaporn Padunglerd tried to bring stability to the Thailand innings, but Dar bowled Padunglerd to open one end up and reduce Thailand to 52/5.

Thailand could not recover after those early blows as the last four could add only eight runs. The team managed only 67 runs from their 20 overs.

Pakistan, in reply, eased to the target courtesy an unbeaten 38 by opening bat Khan. Hers was a knock laden with five boundaries, while Javeria Khan pitched in with 18*.

Although they lost two wickets, including captain Bismah Maroof cheaply, Nahida and Javeria ensured there were no further hiccups and Pakistan added two points to their tally.