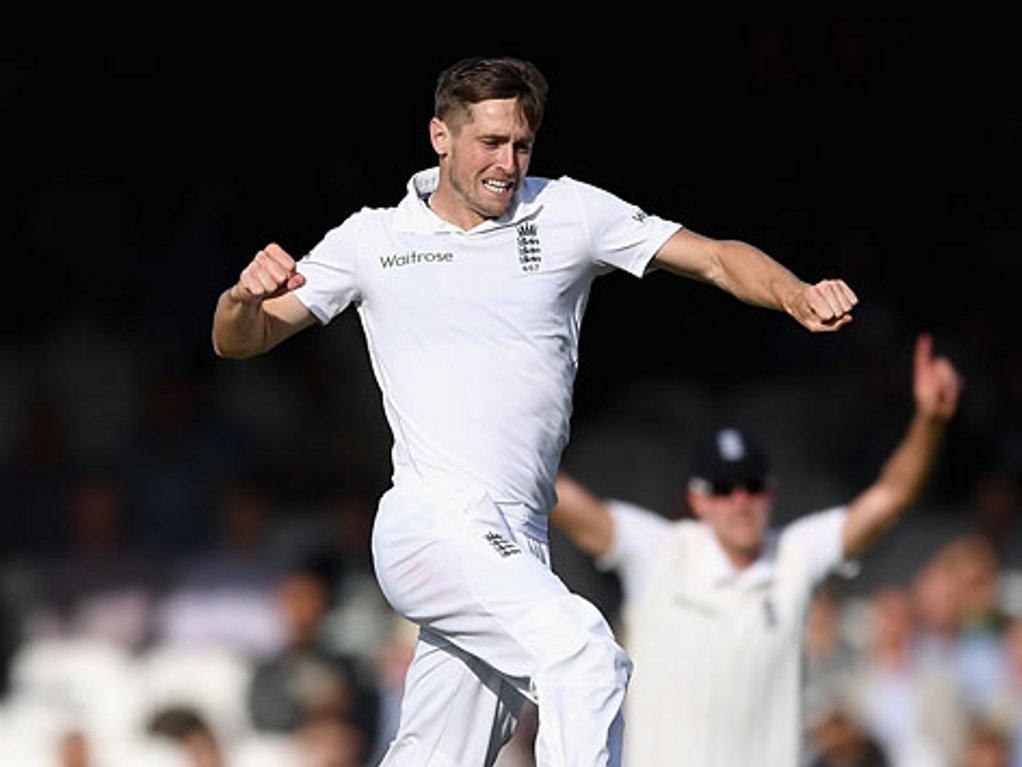 Pakistan held a healthy lead of 281 runs at stumps on day three of the first Test at Lord's, but Chris Woakes was the star of the show for the hosts as he bagged his second five-fer of the match.

Pakistan ended on 214 for eight, with Woakes once again proving very effective, though Pakistan were able to buld a good lead after their bowlers did the job in the morning to prevent England from adding too many runs to their overnight score.

But England will be confident of chasing down anything around 350 or less, and will be keen to remove the final two wickets quickly on day four, just like the visitors had done to them.

The day began with England seven wickets down and on 253, so they had plenty of work to do to get near the 339 Pakistan had posted the day before.

Woakes and Stuart Broad started off well, reducing the deficit quickly, but the three remaining wickets fell well before lunch as Yasir Shah ended with six wickets in the innings.

As such, Pakistan held a lead of 67 runs at the start of their second dig. They made a hash of the afternoon session though, losing opener Mohammad Hafeez for a duck as Woakes added five wickets to the six he took in the first dig.

Shan Masood and Azhar Ali added scores in the 20s, while Misbah-ul-Haq was unable to replicate his heroics on day one, when he scored a century. Instead, he was out for a duck, caught by Alex Hales off the bowling of Moeen Ali, who had not been able to buy a wicket in the first innings.

This left Younis Khan and Asad Shafiq to rescue the knock, four wickets down for 60, and the lead threatened to remain middling as tea approached. They reached the break still standing, the tea score on 111 for four and a lead of 179.

Younis didn't last long into the evening session though, bowled by Moeen for 25, and then Shafiq fell victim to a Woakes delivery with his score on 49. This left Pakistan on  168 for six.

They nearly made it to the end of the day six down, but Woakes struck again just before stumps to remove Sarfraz Ahmed for 45, caught behind by Jonny Bairstow. This left Yasir as the senior man for the last three overs.

Wahab Riaz was out for a duck in the final over, giving Woakes his five-fer and 11th wicket of the match. Who needs James Anderson, eh?