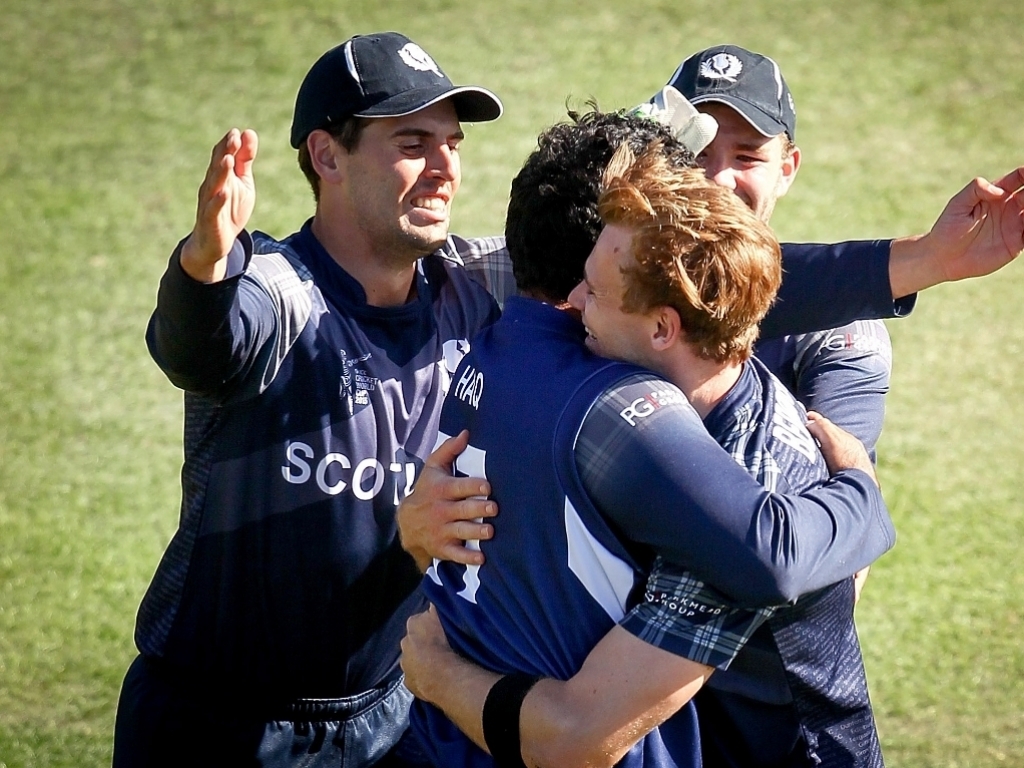 Over the course of the last week the World T20 qualifiers have been taking place in Scotland and Ireland, with 14 teams vying for six spots, there has been some exciting cricket with some surprising results.

Predictably Ireland, who are the strongest side on paper, are sitting pretty in Pool A after two matches after they beat Namibia and USA convincingly.

The feel-good team has to be Nepal who, despite their country being ravaged by a devastating earthquake in April, still sit second in Pool A after one win and one no-result.

Meanwhile Jersey (yes Jersey) stunned everyone when they beat Hong Kong, convincingly, by nine wickets and sit with one win and one lose from their two matches.

Pool B sees Afghanistan, who played in their first World Cup earlier this year, leading the way with three wins out of three. Surprisingly Kenya is second followed closely by Netherlands and Scotland.

Here is a wrap of the some of the results that matter:

The Asians comfortably defeated the Dutch outfit after posting a competitive score in Edinburgh. Samiullah Shenwari scored 44 for the Afghans while Mohammad Nabi and Najibullah Zadran both chipped in with 33.\

Dawlat Zadran and Sharafuddin Ashraf both took three wickets as the Netherlands folded meekly in the chase.

Ireland seamer John Mooney got things going when he took three wickets as the African side could only muster 124 for eight in their 20 overs. Alex Cusack and spinner George Dockrell both took two wickets each.

The Europeans easily knocked off the runs in the 18th over with only three wickets down. Irish skipper William Porterfield hit 56 not out while Niall O'Brien contributed 45.

The team from the South of Asia are still picking up the pieces from the earthquake that saw more than 9000 people die and part of the country destroyed. But that did not stop the Nepalese from giving the USA a good old hammering.

Shakti Gauchan and Basant Regmi took three wickets each for Nepal as they bowled the Americans out for a low total. Gyanendra Malla led the chase with an unbeaten 52 as the Asian team celebrated an emotional win for their people.

This could rank as Nepal's biggest win in cricket, along with their victory over South Africa at the under 19 World Cup in 2006.

Jersey perhaps pulled off the biggest shock of the week when they thumped Hong Kong at Bready Cricket Club in Ireland. The team from just off the South Coast of France restricted their more fancied opponents to a modest total with some accurate bowling.

The run-chase turned out to be a breeze as openers Edward Farleyand and Peter Gough put on 112 for the first wicket to effectively seal the match. Farleyand was eventually out for 57 but skipper Gough ended unbeaten on 81 as Jersey celebrated a famous victory.

In a battle between two teams that are both fancied to qualify, the Netherlands came out on top in Edinburgh. Wesley Barresi, with 75, and skipper Peter Borren, who contributed 57, ensured the Dutch got to a highly competitive score.

The Dutch bowlers, led by seamer Mudassar Bukhari with three wickets, then bowled the Scots out for 159 despite a spirited innings from Scotland captain Preston Mommsen, who scored 68 not out.

In a match reduced to 13 overs because of rain, Oman produced a scintillating run-chase to beat Canada in Sterling. Opener, Zeeshan Maqsood with an unbeaten 86, led the superb fightback as Oman reached target with 10 balls to spare.

The Afghans really came to play in this match as opener Mohammad Shahzad smashed 75 from 36 balls as the Asians put on one of the highest scores of the tournament.

Mohammad Nabi and seamer Hamid Hassan then ensured a good win with three wickets each as Afghanistan confirmed their tag as one of the favourites.

Kenya chased down a competitive score thanks to an unbeaten 74 from opener Irfan Karim while Morris Ouma contributed 34 not not as the 2003 World Cup semi-finalsts make a strong push for qualification.

Canada's score was built around a half-ton by Ruvindu Gunasekera. James Ngoche and Nelson Odhiambo took two wickets each for the African team.