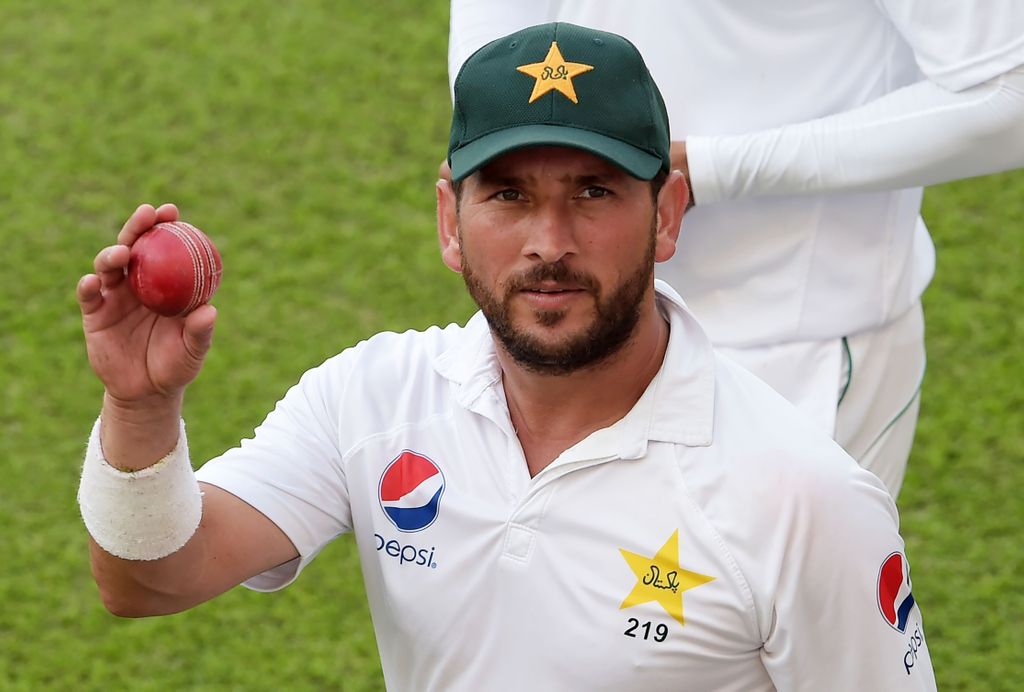 Yasir Shah finished with a match haul of 14 wickets as Pakistan beat New Zealand by an innings and 16 runs on the fourth day of the second Test in Dubai, levelling the three-match series at 1-1.

Legspinner Yasir took 6-143 in the second innings – to go with his 8-41 in the first innings – as New Zealand were bowled out for 312 after following on at the Dubai stadium.

For the Black Caps, Henry Nicholls scored 77, his seventh Test fifty, and shared in an 80-run stand with Ross Taylor (82) after New Zealand resumed the day on 131/2.

Nicholls added another 57 runs for the next wicket with BJ Watling who made 27.

Yasir finally broke Watling’s resistance by trapping him leg before while Colin de Grandhomme fell to seamer Hasan Ali for 14.

The 32-year-old Yasir then bowled Ish Sodhi for four as New Zealand were sliding to defeat with more than a day to spare.

Nicholls was finally dismissed, after facing 187 balls, when the left-hander was bowled by Hasan while Yasir wrapped up the victory with the wickets of Neil Wagner (10) and Trent Boult (0).

New Zealand won the first Test by a narrow margin of four runs.

The third and deciding Test of the series will be played in Abu Dhabi from 3 December.