Yasir turns the screw on New Zealand in second Test 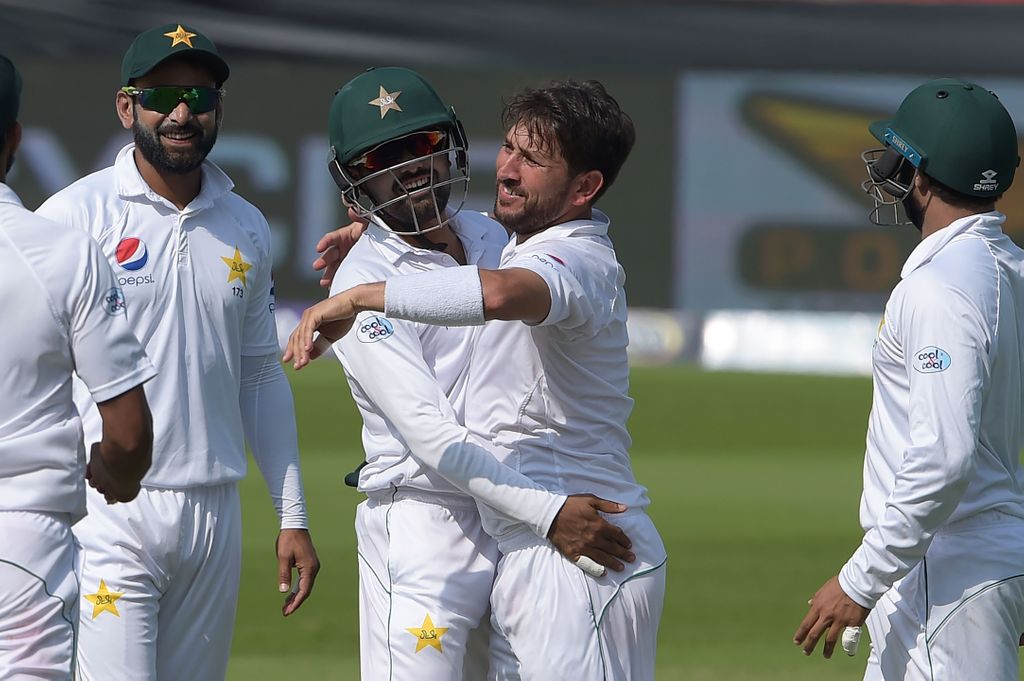 Pakistan spinner Yasir Shah returned career-best figures of 8-41 in the first innings to wreck New Zealand on the third day of the second Test in Dubai on Monday.

Yasir’s haul allowed Pakistan to bowl their opponents out for just 90 in reply to their own total of 418/5.

With a lead of 328, Pakistan captain Sarfraz Ahmed sent the Black Caps in to bat again in the follow-on innings.

Leg-spinner Yasir then took two more scalps as the Kiwis reached stumps on 131/2 with Tom Latham and Ross Taylor at the crease on 44 and 49 respectively, still a deficit of 197.

However, the day belonged to the 32-year-old Yasir who became first Pakistan cricketer to take ten wickets in a single day and the ninth player in the world to achieve the feat.

New Zealand resumed the day on 24/0 and openers Latham and Jeet Raval made their way to a 50-run partnership and looking comfortable.

Yasir though dismissed Latham (22), Taylor (nought) and Henry Nicholls (nought) in his ninth over, triggering a collapse during which New Zealand lost all their ten wickets for just 40 runs.

Yasir’s figures – his 15th five-wicket haul – beat his previous best of 7-76 against Sri Lanka at Galle in 2015 and it was also the best figures for his country against New Zealand in Tests, beating Intikhab Alam (7-52) who held the record since 1973..

New Zealand, resuming at 27 without loss, lost Raval in an unfortunate way as he tried to reverse sweep Yasir but the ball deflected off his bat onto his thigh and hit the stumps with the left-hander top-scoring with 31.

Six New Zealand batsmen fell without scoring, making it the fifth occasion in a Test when six batsmen failed to score in an innings.