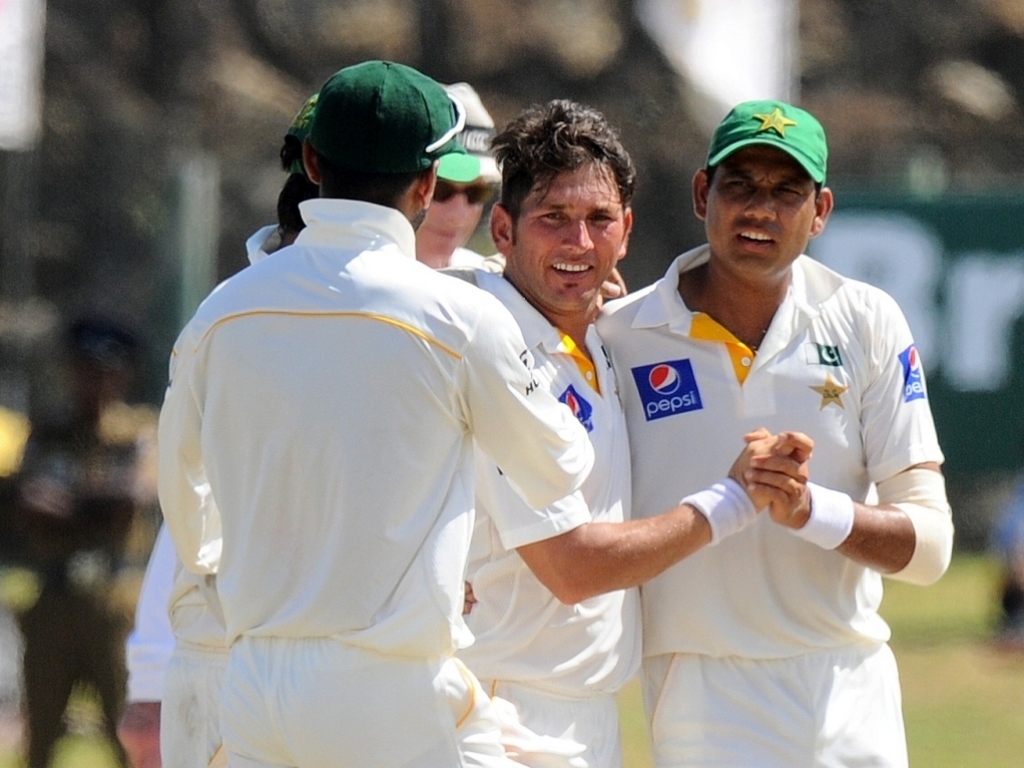 Spinner Yasir Shah was the star as Pakistan completed a monumental victory when they beat Sri Lanka by 10 wickets on the final day of the first Test in Galle on Sunday.

Resuming the last day on 63 for two, still 54 runs in arrears of the visitors total, the home team were put further on the back foot when nightwatchmen Dilruwan Perera was bowled by Yasir with the very first ball of the day.

Dimuth Karunaratne (79) and Lahiru Thirimanne (44) looked to have batted the hosts through the first session but left-arm paceman Wahab Riaz struck just before lunch, removing Thirimanne, and ending a stand worth 69.

It seemed if that was just the tonic that the Pakistan team needed as they came back after the interval with renewed vigour and wrapped up the rest of the batting order fairly quickly.

Yasir, a leggie, was spinning a web around the batsmen as he finished with career-best figures of seven for 76 in 30 overs and one ball.

Sri Lanka were eventually bowled out for a disappointing 206 to leave Pakistan a target of 90, which openers Mohammad Hafeez and Ahmed Shehzad duly knocked off to seal the remarkable comeback win.

Replying to Sri Lanka's first innings scoreof 300 all out, Pakistan recovered from 96 for five to post 417 as Asad Shafiq scored a century.

There are still two more Tests in remaining in the series.