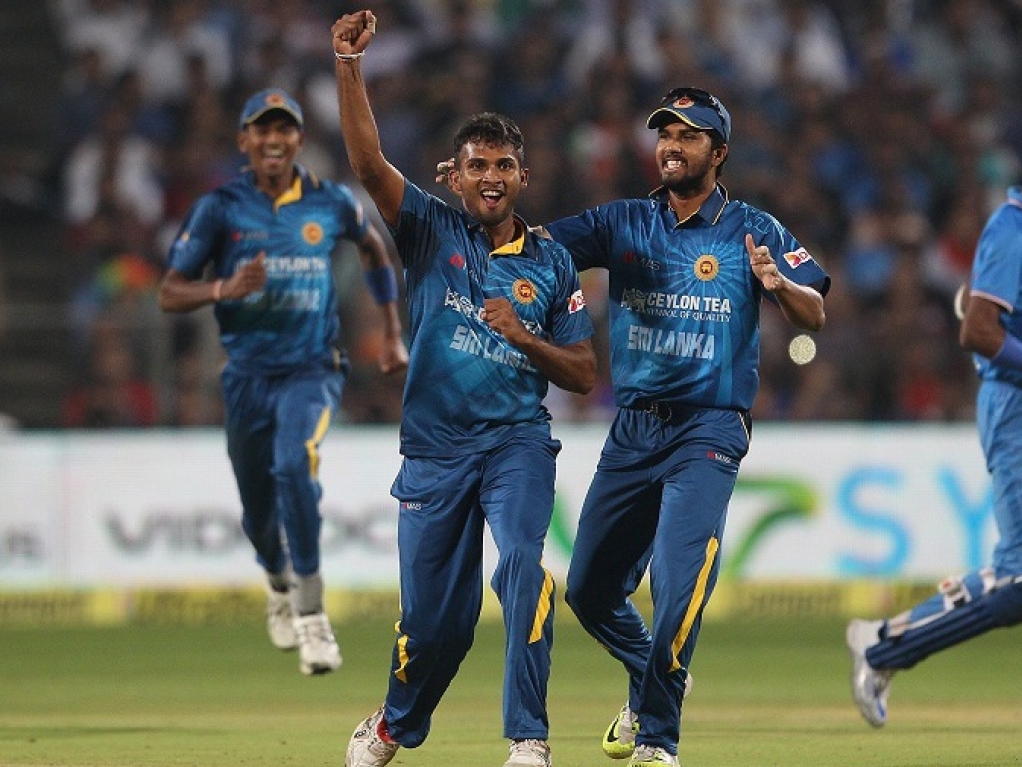 Two young seamers, Kasun Rajitha and Dasun Shanaka, both took three wickets as they helped Sri Lanka beat India by five wickets in the first T20I in Pune on Tuesday.

After being sent in by visiting captain Dinesh Chandimal, India got off to the worst possible start when Rajitha, who was making his international debut, got the scalps of Rohit Sharma and Ajinkya Rahane in the first over.

It was a fabulous start by the 22-year-old right-arm seamer and he added the wicket Shikhar Dhawan in the fifth over to leave India in trouble at 32 for three.

Shanaka, a 24 year-old seamer playing his second T20I, then stepped up in the middle-overs and grabbed three for 16 in three overs as the hosts only conjured up 101 all out in 18.5 overs.

Rajitha ended with figures of three for 29 in four overs while another promising fast bowler Dushmantha Chameera claimed two for 14 as Sri Lanka showed that they are well stocked up on future fast bowlers.

Chasing a low total, the inexperienced Sri Lanka team got off to a shaky start as openers Niroshan Dickwella (4) and Danushka Gunathilaka (9) fell cheaply.

However, Chandimal (35), Chamara Kapugedera (25) and Milinda Siriwardana (21 not out) batted with some caution at first but ultimately steered the tourists to victory with two overs to spare.

The second game of the three-match takes place in Ranchi on Friday.