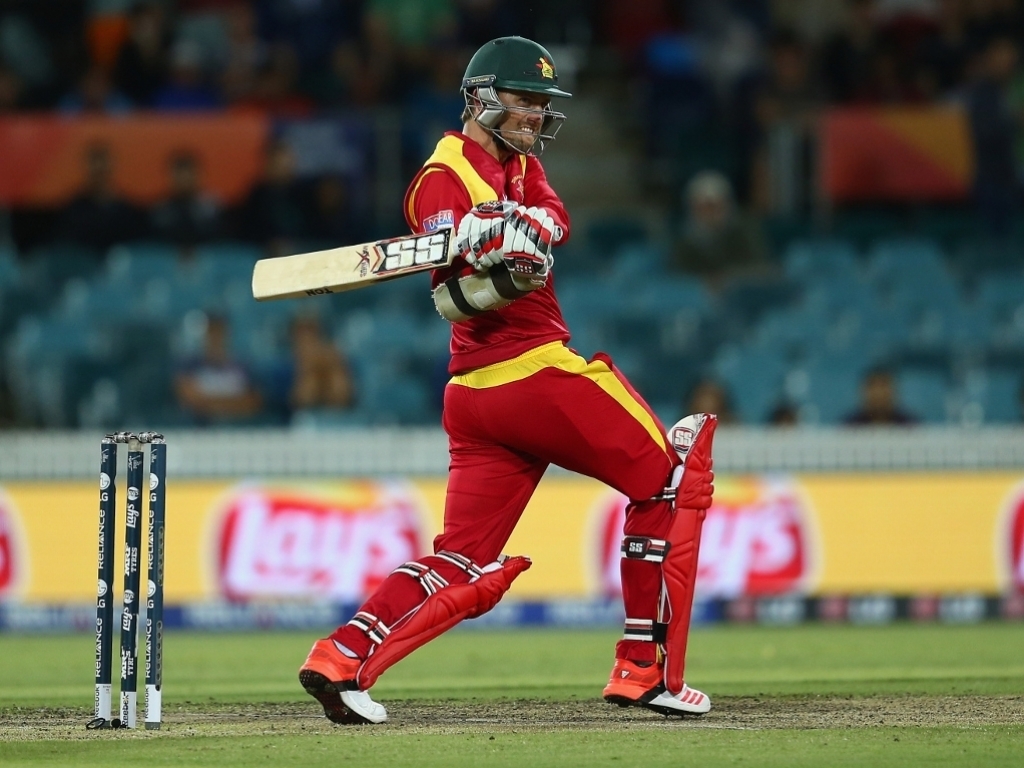 Hosts Zimbabwe and the West Indies played out a thrilling tie in their triangular series ODI in Bulawayo with a final ball run out sealing the result.

The West Indies appeared to have the match in the bag when they were 220 for 2 but would slip to 257 for 8 at the death ending all square with Zimbabwe.

It was a much improved batting performance from the hosts first up as two top order batsman got decent scores for the first time in a long time for Zimbabwe.

Zimbabwe fell away a little after Ervine and Raza departed with only Donald Tiripano (14) getting into double figures as they slipped to 257 all out.

Carlos Brathwaite was the pick of the West Indies bowlers with figures of 4 for 48.

Johnson Charles (19) and Evin Lewis (18) missed out after making starts but Shai Hope and Kraigg Brathwaite looked solid and put the West Indies in charge.

With the finish line in sight Hope failed, he slogged across the line of a Christopher Mpofu delivery and was caught behind by Peter Moor shortly after recording his maiden ODI century.

Brathwaite (78) was still looking good to see out the task of securing the victory but when he holed out in the 48th over a collapse was on the cards.

When Powell (17) was bowled by Sean Williams three balls later the panic set in for the Windies.

When Carlos Brathwaite smashed Mpofu for six of the final ball of the 49th over it appeared the West Indies were back in control but a helter skelter final over would see the sides finish level.

Tiripano was chosen to bowl the final over with just four to defend and when Holder took a single off the first ball it seemed the West Indies would sensibly pick the total off in singles.

Carlos Brathwaite had other ideas though and flat batted a leg cutter down long on’s throat the West Indies still needed just three to win from four balls.

Ashley Nurse was the victim of an unlucky run out without facing a ball as Holder’s drive flicked off the bowler’s hand and crashed into the stumps with the lower order batsman short of his ground.

Holder and Carter would run a leg bye to bring Carter onto strike with two balls to go and two runs needed to win.

Carter skied one towards deep midwicket off the penultimate ball but Chibhabha couldn’t get there, the opener did well to prevent more than just a single from being scored.

Tiripano bowled the perfect final ball firing it in full and outside off and Holder couldn’t get his bat on it, the batsmen had to run but Moor threw down the stumps to run Carter out and tie the match.