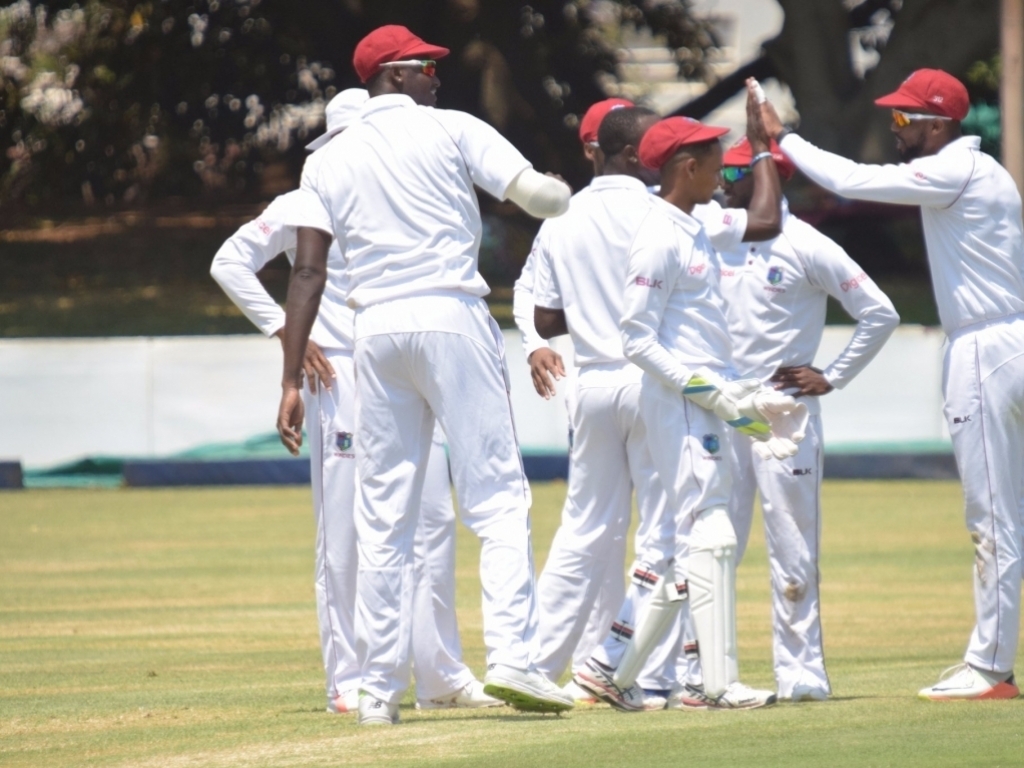 Zimbabwe slumped to 316 all out in the final session on the fourth day to give West Indies a 117-run victory in the first Test in Bulawayo on Tuesday.

Set a target of 434 after bowling the Windies out for 373 in the second innings, the home team were given a solid start by opening pair Hamilton Masakadza (57) and Solomon Mire (47), who put on 99.

However, as soon the partnership was broken wickets began to fall in regular intervals as only Brendan Taylor (73) tried to show any application before he was run-out towards the end of the match.

Windies leg-spinner Devendra Bishoo took 4-105 – to go with his five-wicket haul in the first innings – in 32 overs as the Caribbean side went one-nil up in the two-match series.

On a turning pitch, off-spinner Roston Chase chipped in with two scalps while Kemar Roach and Kraigg Brathwaite got a wicket each to go with the two run-outs.

Zimbabwe could not have asked for a better start to the penultimate day as the visitors only added four runs to their overnight score to be 373 all out as Chase missed out on his fourth Test ton as he was the last man dismissed for 95.

The home team then went to lunch on 76/0 and had real hope of at least batting themselves into a position to fight for a draw but it was not to be.

It all went wrong on the second day for Zimbabwe after they were bowled out for just 159 in reply to the Windies’ first innings total of 219.

The second and final Test of the series will again be played at the Queens Sports Club in Bulawayo and starts on Sunday.