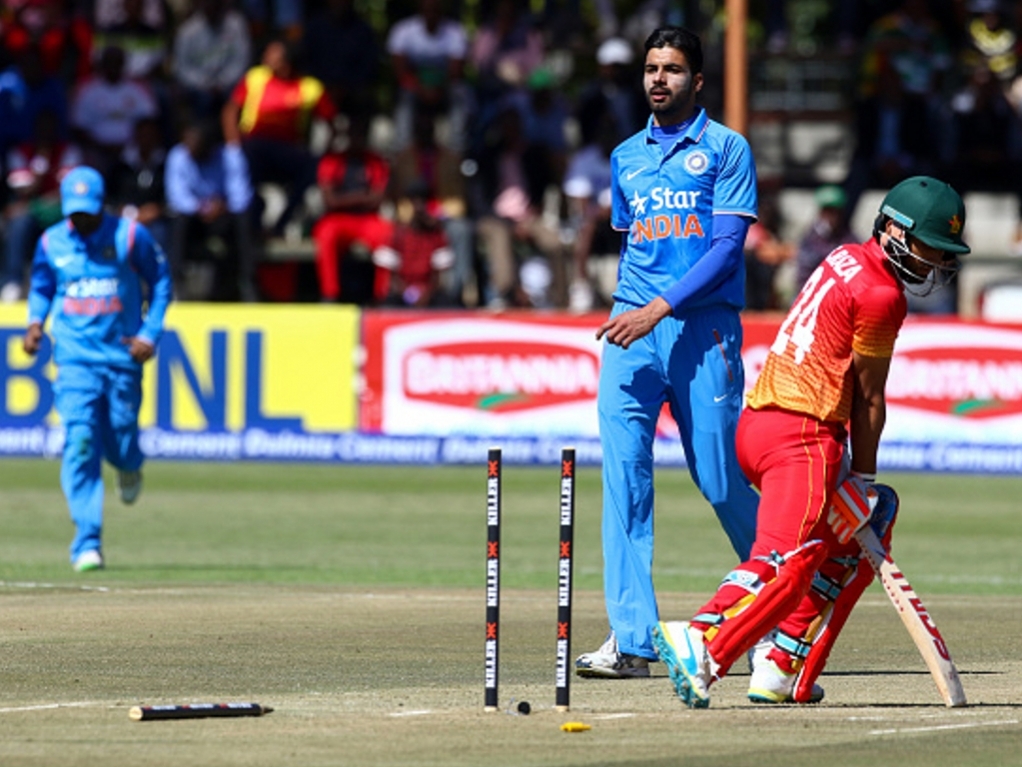 Zimbabwe slumped to a tame ten wicket defeat in the second T20I against India in Harare after a disappointing batting performance.

The talk ahead of the second of three T20Is between the nations, was of Zimbabwe looking to claim a rare series win over India after a disappointing ODI series, but India's bowlers were in no mood for an upset.

Making his T20I debut, Barinder Sran, ripped through Zimbabwe's top order to reduce the Africans to 28/4 in just the fifth over of the innings. Sran would finish with figures of 4 for 10 from his four overs setting a record for the best return by an Indian bowler on T20I debut.

Peter Moor was the only batsman to score more than twenty runs as he hit 31 off 32 balls before skying a slower ball from Jasprit Bumrah to point.

Zimbabwe found it difficult to score with wickets falling steadily and in the end could only manage a score of 99 for 9 from their 20 overs, Sran's 4 for 10 left him as the pick of the bowlers with Bumrah's 3 for 11 seeing him become the leading wicket-taker in T20Is in 2016.

The Indian openers made short work of a clearly sub-par total reaching the required 100 runs in the 14th over.

Mandeep Singh recorded his maiden T20I fifty, registering a score of 52 not out, while KL Rahul recorded an unbeaten 47 to guide India to 103 without loss and record a ten wicket victory.

The series is level at 1-1 with one match to play. The final T20I will be played at the Harare Sport's Club on Wednesday.